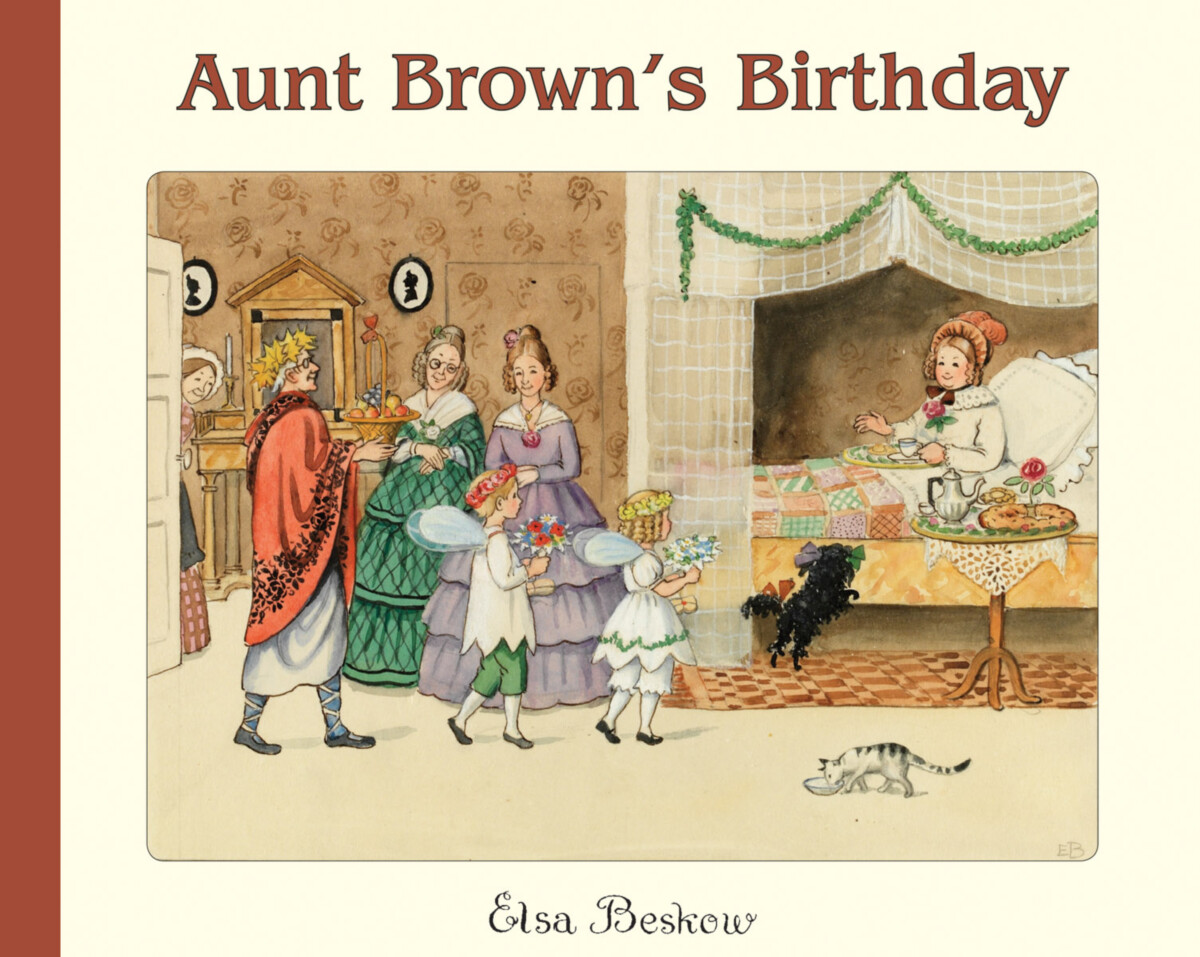 Another adventure in the bestselling Peter and Lotta series.

For Aunt Brown’s birthday, Aunt Green and Aunt Lavender want to buy her a new hat and lace collar to match her dress. But they need to borrow her dress, and how will they do that without spoiling their surprise?