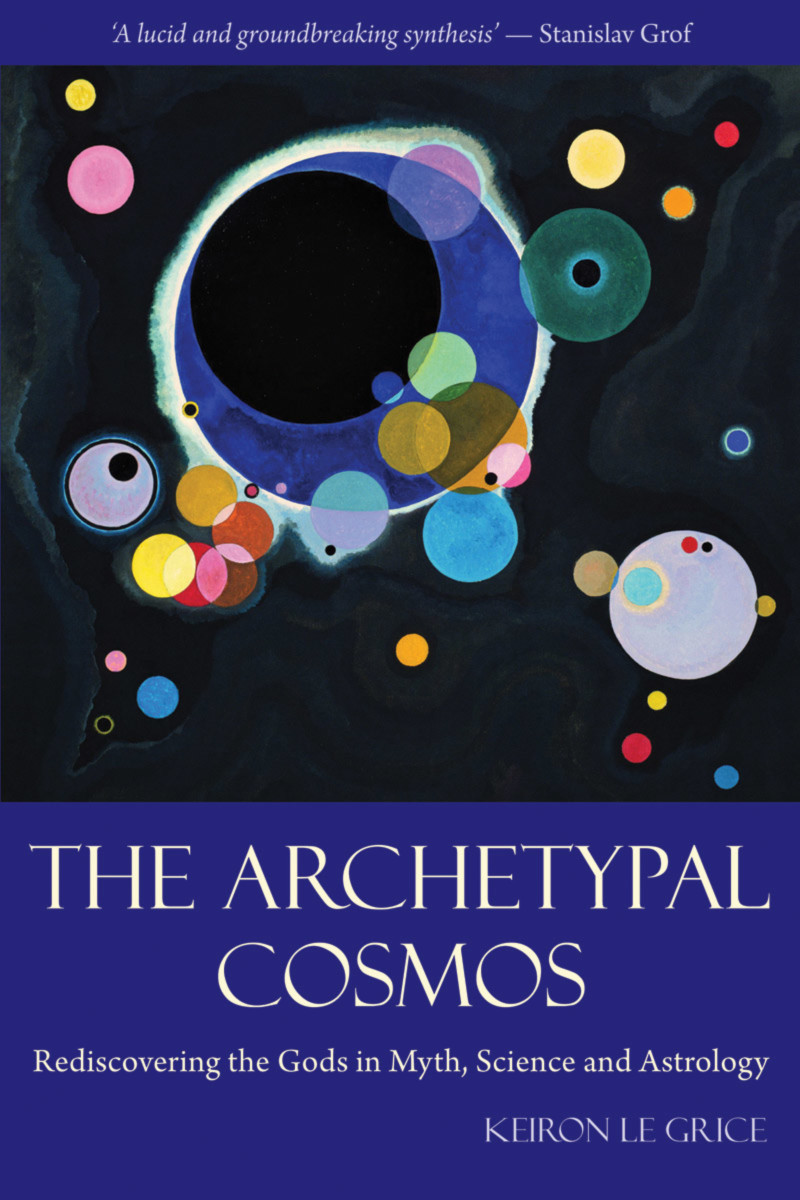 Rediscovering the Gods in Myth, Science, and Astrology

The modern world is passing through a time of critical change on many levels: cultural, political, ecological, and spiritual. We are witnessing the decline and dissolution of the old order and the tumult and uncertainty of a new birth. Against this background is the urgent need for a coherent framework of meaning to guide and to lead individuals and society beyond the growing fragmentation of culture, belief, and personal identity.

Keiron Le Grice asserts that developing insights of a new cosmology can provide this framework to us discover an underlying order that shapes our life experiences. In a compelling synthesis of ideas from the seminal thinkers of depth psychology and new paradigm sciences, The Archetypal Cosmos positions the new discipline of archetypal astrology at the center of an emerging worldview that reunifies psyche and cosmos, spirituality and science, and mythology and metaphysics to enable us to see mythic gods, heroes, and themes in a new light. The author draws especially on the work of Jung, Joseph Campbell, Richard Tarnas, Fritjof Capra, David Bohm and Brian Swimme.

Heralding a “rediscovery of the gods” and passage into a new spiritual era, The Archetypal Cosmos presents a new understanding of the role of myth and archetypal principles in our lives, one that could give a cosmic perspective and deeper meaning to our personal experiences.

“The radically expanded cosmological perspective that Keiron Le Grice has set out in The Archetypal Cosmos reflects a paradigm shift of enormous relevance for the future of psychology and psychotherapy. Le Grice has performed an invaluable service in carefully thinking through and articulating a spiritually informed view of the cosmos that integrates these developments.... A lucid and groundbreaking synthesis.”
—Stanislav Grof, author of Psychology of the Future and When the Impossible Happens

“Le Grice has a gift, perhaps even a genius, for extremely clear assessments, expositions, and formulations of complex ideas -- all grounded in a deeper vision of things, which makes this clarity possible.”
—Richard Tarnas, author of The Passion of the Western Mind and Cosmos and Psyche

“Keiron Le Grice's book is a fantastic achievement, combining complex theories from leading figures in psychology and the physical sciences—especially Carl Jung, Pierre Teilhard de Chardin, and David Bohm. Le Grice's original synthesis demonstrates how profoundly these figures belong together in a new unified world view. With both the excellence of the writing and the high-powered nature of the ideas, The Archetypal Cosmos is destined to be an essential element in the contemporary planetary canon.”
—Brian Swimme, Professor of Cosmology, California Institute of Integral Studies

“Humanity has much to gain from this synthesis between planetary cycles and the dynamics and patterns of human experience.”
—Ruth Parnell, Nexus, April/May 2011

“The book is a brilliant synthesis of new ideas, and readers will have to decide for themselves whether the argument is ultimately compelling. It is certainly stated in a comprehensive manner.”
—David Lorimer, Scientific Medical Network Review, summer 2011

“This is a book of considerable importance and relevance to the times we live in; for what it does is to bridge and overcome the longstanding historic gap between inner and outer worlds, thereby demolishing the West's Cartesian dualism in all its aspects. No mean thing, to put it lightly; and in doing this it heralds a new age which its author believes has already begun.... Keiron Le Grice's The Archetypal Cosmos has an immense amount to offer, having given this reviewer much food for thought.”
—Jack Herbert, Temenos Academy

Keiron Le Grice is founder and coeditor of Archai: The Journal of Archetypal Cosmology. He is adjunct faculty in the Philosophy, Cosmology, and Consciousness Postgraduate Program at the California Institute of Integral Studies (CIIS) in San Francisco. Originally from England, he currently divides his time between San Francisco and South Wales. He is married with one child.