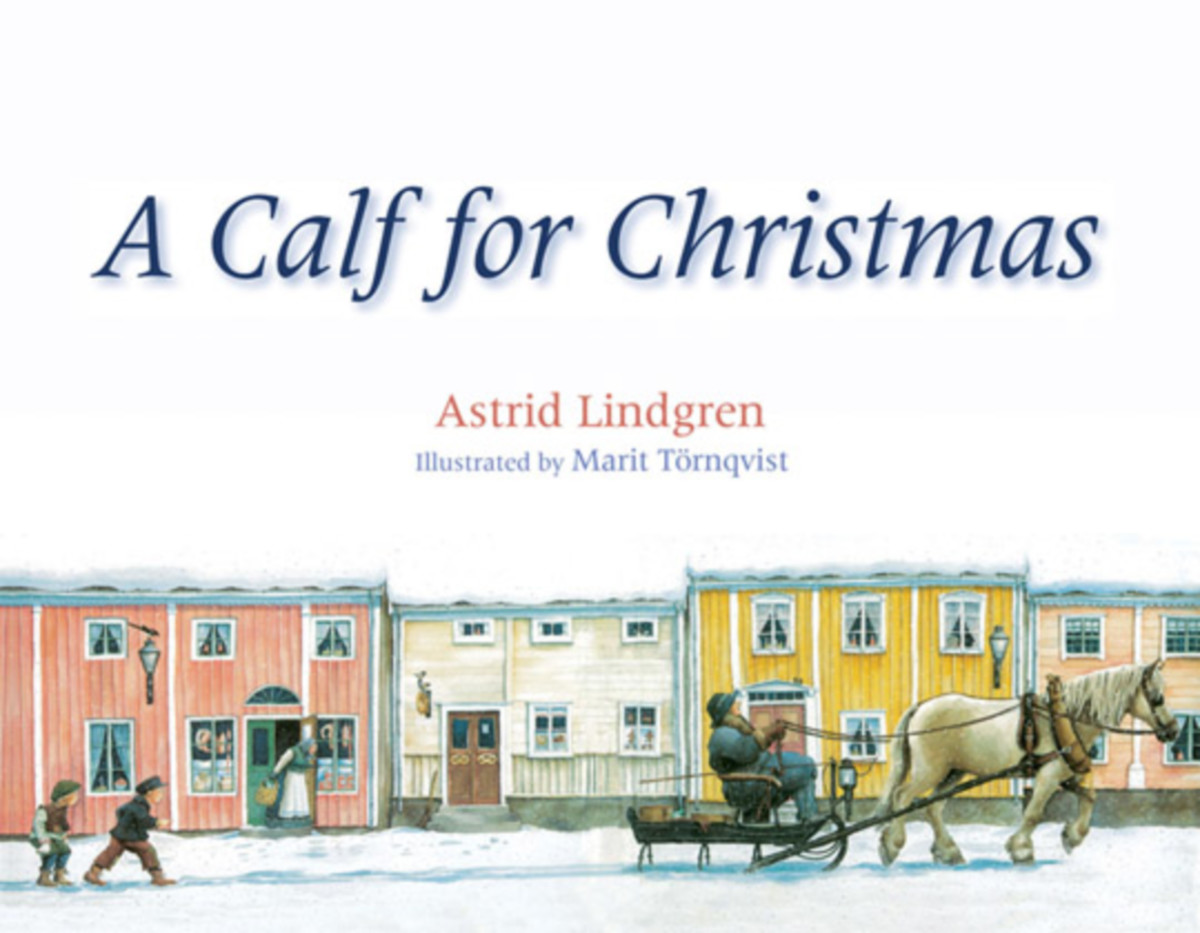 It’s the last day of school before Christmas and snow is falling heavily. Johan heads to school on his sled, but he can’t stop thinking about the terrible thing that happened yesterday—his family’s only cow died, and they have no money to buy another.

The rich farmer Peter Jonsson has come to town today for the Christmas market. He buys a calf then, after spending some time in the local inn, loses it on the sleigh ride home! When Johan heads out to clear snow, what does he find?... Maybe he’ll have a happy Christmas after all.

“This story covers the old belief that something good can result from something bad. It is supported by beautiful watercolors of rural Swedish scenes in the Winter. Families rating: 4 out of 6.”