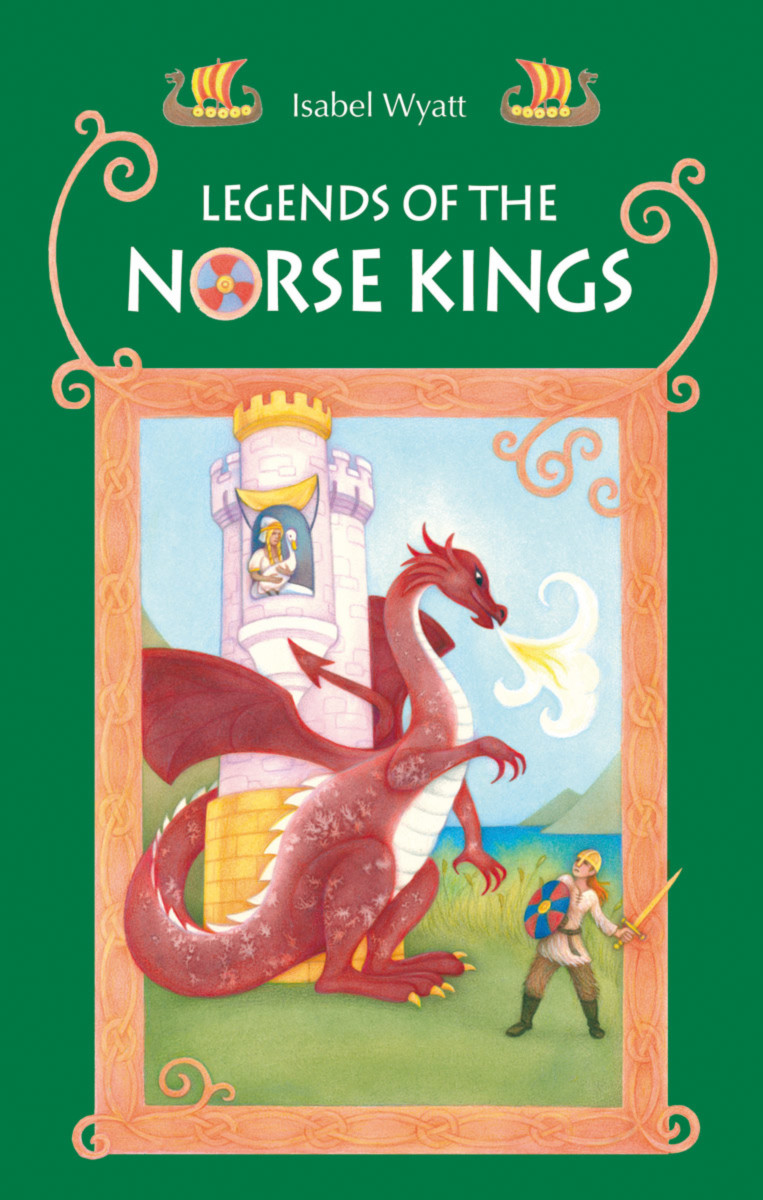 Legends of the Norse Kings

The tales of the medieval Norse kings were originally sung or told as "sagas." These were legendary adventures full of exciting episodes in which the hero fought wicked enemies or even dragons in order to win the hand of a princess or to fulfill a great destiny.

The two sagas in this book date from the twelfth to the fifteenth centuries. The Danish ruler known as King Ragnar Goatskin was famous for fighting a dragon that had captured the princess Tora, and so won her hand in marriage. She died after giving him two sons, and he then married Kraka, a beautiful maiden of royal birth disguised as a farm girl. Their struggle against the evils of war and witchcraft are vividly narrated in the stories that follow.

"The Dream of King Alfdan" tells the adventures of the brave princess Ragnild and her brother Guthorm after the death of their father King Sigurd, and how Alfdan's dream that he will have a son to rule over all Norway comes true in the end.

These stories of Norse kings, beautifully retold by the renowned storyteller Isabel Wyatt, are drawn from the sagas recorded by the historian Saxo Grammaticus and other Scandinavian writers of the Middle Ages.

“This book is a helpful introduction to Norse mythology. A useful list of sources is included, and black-and-white illustrations add interest. The reader gains a sense of the beliefs and superstitions of early Norse people. Some of these beliefs are preserved in songs still sung in the Faroe Isles today.”

Isabel Wyatt (1901–1992) was born in England and spent many years teaching young children. Until her retirement in 1965, she was codirector of studies at Hawkwood College, Gloucestershire. She wrote numerous books for children.