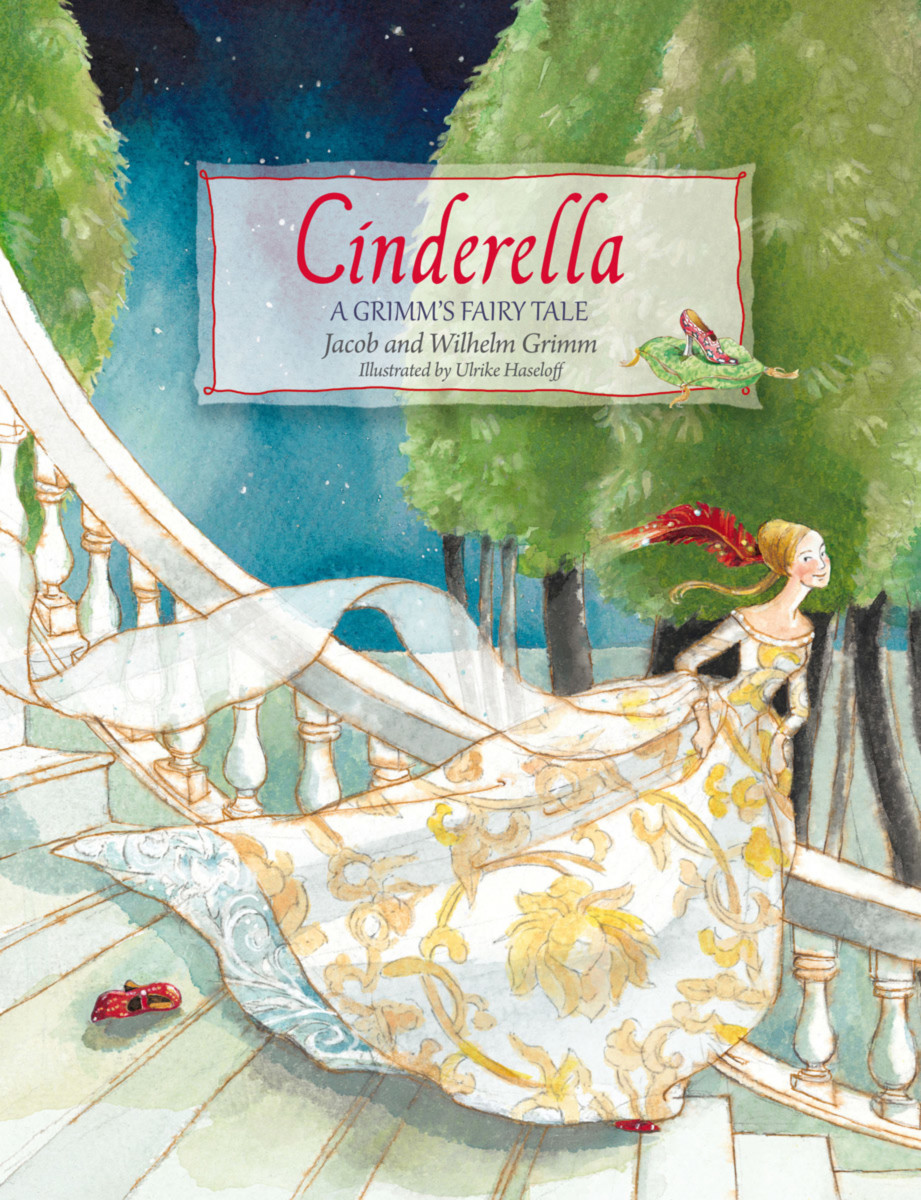 When her widowed father remarries, beautiful Cinderella is left to cook and clean for her cruel stepmother and jealous stepsisters. On the day of the King's dance, Cinderella weeps when she is left behind. Hearing her sobs, her friends the birds bring her a glittering gown and silk slippers so she too can go to the dance.

Will Cinderella be recognized? And will the Prince find his true bride?

This beautifully imagined adaptation of the Brothers Grimm classic fairy tale is brought to life with Ulrike Haseloff's soft, colorful illustrations. Several pages have been finished with soft sparkles giving the book a magical feel.

“Ulrike Haseloff's soft illustration style perfectly complements this traditional tale, and Cinderella's beautiful ball gown has been given some added sparkle with golden glitter.... This book should provide lots of food for thought and discussion in the classroom where children will be interested to see how the story has been adapted over the years.” —Armadillo

“The pictures, even to the ship-in-full-sail hairdo on one stepsister, are based on 18th-century patterns and styles, and Cinderella's dress has a satisfying quantity of gold floral glitter. This Germanic Cinderella is simple, direct and rather sweet.” —Kirkus Review

“The hats Cinderella's sisters wear to the ball could have been worthy of Kate Middleton's wedding. And on two picture of Cinderella's ballgown, golden sparkly bits appear—literary an interesting touch!” —The School Librarian

The Enchanted Nightingale
The Classic Grimm's Tale of Jorinda and Joringel