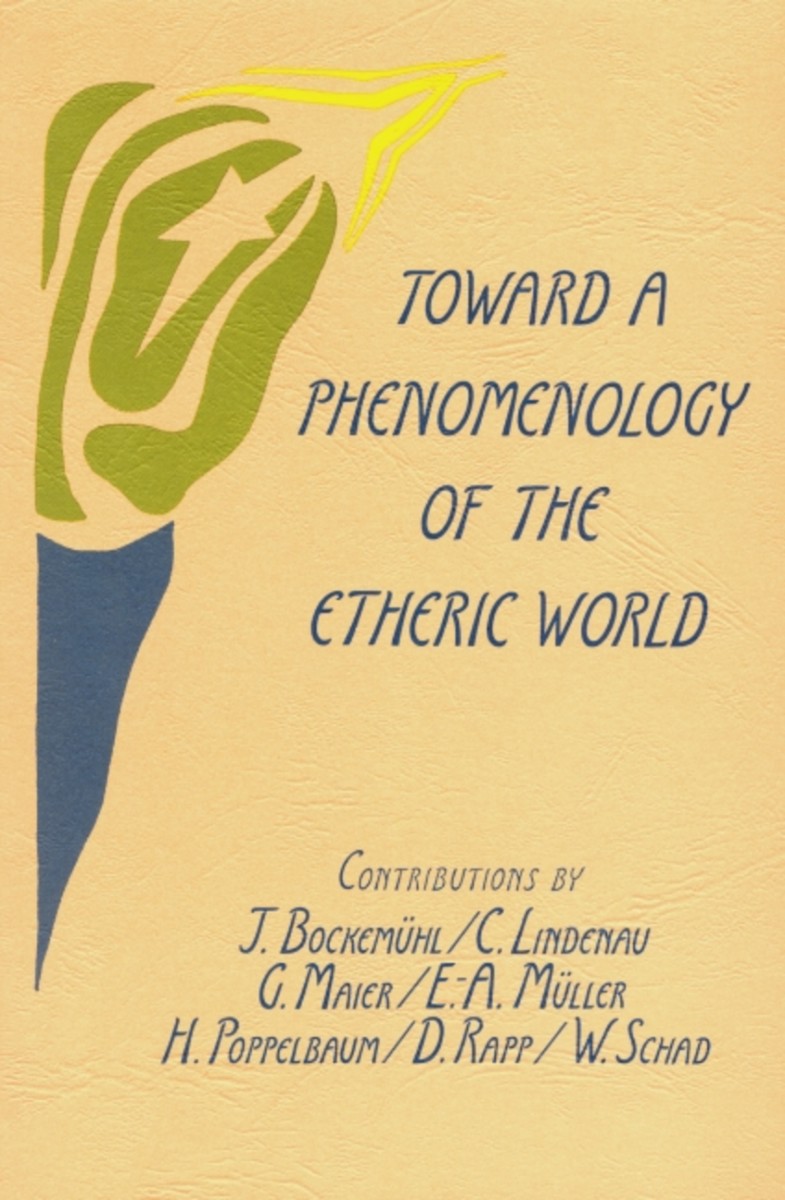 For more than three centuries, scientists have studied the world as detached observers. In doing so, science has achieved marvelous results, but it has also lost the sense of the whole that earlier cultures possessed. By concentrating on the "text" of the physical world, science has lost the context—the etheric world of life forces.

Goethean phenomenology (so named for Goethe's observations) is a scientific method capable of bringing the clarity of natural science to this context of phenomena. Unconsciously, scientific observers have always been using the context to read the text. The phenomenological method involves training observers to look at the activity of thinking itself as it perceives intentionally. It then uses this activity itself as a means of perception. The observer thus becomes conscious that physical nature is indeed a text, and that its meaning derives from the etheric context.

Unlike the more common hypothetical and deductive methods—which presupose a detached observer—the phenomenological method is based on active participation by the observer. This eliminates the need to construct speculative hypotheses; the observer's awareness of his or her own intentionality ensures the veracity of the observations. The etheric world is not a new hypothesis; it is, however, a new domain of observation.

The authors—Jochen Bockemühl, Christof Lindenau, Georg Maier, Ernst-August Müller, Hermann Poppelbaum, Dietrich Rapp, and Wolfgang Schad—have all written extensively on "participatory" science and related matters. In this ground-breaking collection, they each explore an aspect of the etheric world and its relationship to human thinking. They systematically lead the reader into the "formative movements" of nature and offer genuine insight into the far-reaching mystery of life.

Preface to the English Edition by Arthur G. Zajonc
Introduction by Jochen Bockemühl

“Elements and Ethers: Modes of Observing the World” by Jochen Bockemühl
“Light and the Pictorial Appearance of the World” by Georg Maier
“Streaming: A Picture of the Etheric” by Ernst-August Müller and Dietrich Rapp
“The Formative Movements of Plants” by Jochen Bockemühl
“Scientific Thinking as an Approach to the Etheric” by Wolfgang Schad
“Life Organization and Thought Organization” by Christof Lindenau
“The Concept and Action of the Etheric Body” by Hermann Poppelbaum

About the Authors
Translation Credits

Jochen Bockemühl (1928–2020) was born in Dresden. He studied zoology, botany, chemistry, and geology and, in 1956, became a coworker at the Research Institut at the Goetheanum. From 1970 to 1996, he was director of the Natural Science Section, and beginning in 1980 led seminars on landscape in Europe and elsewhere. His publications in English include: In Partnership With Nature, Dying Forests, Toward a Phenomenology of the Etheric World, and Awakening to Landscape.

Georg Maier (1933–2016) directed research into modes of observation and conceptualization of nature at the Forschungslinstitut am Goetheanum in Dornach, Switzerland. Previously, he had been engaged in neutron diffraction research at the Kernforschungsanlage Jülich (KFA) in Germany. Maier coauthored Being on Earth (1996) and The Marriage of Sense and Thought (1997).

Wolfgang Schad (1935–2022) was Professor at the University of Witten/Herdecke in Germany. Born in southern Germany, he studied biology, chemistry, and education before becoming a science teacher in 1962 at the Goetheschule (Waldorf school) in Pforzheim. From 1975 until 1991, he taught at the Seminar for Waldorf Education in Stuttgart and, in 1992, was appointed head of the Department of Evolutionary Biology and Morphology at the University of Witten/Herdecke, a position he held until retiring in 2005.

Cognitive Yoga
Making Yourself a New Etheric Body and Individuality

The Etheric
Broadening Science through Anthroposophy 1