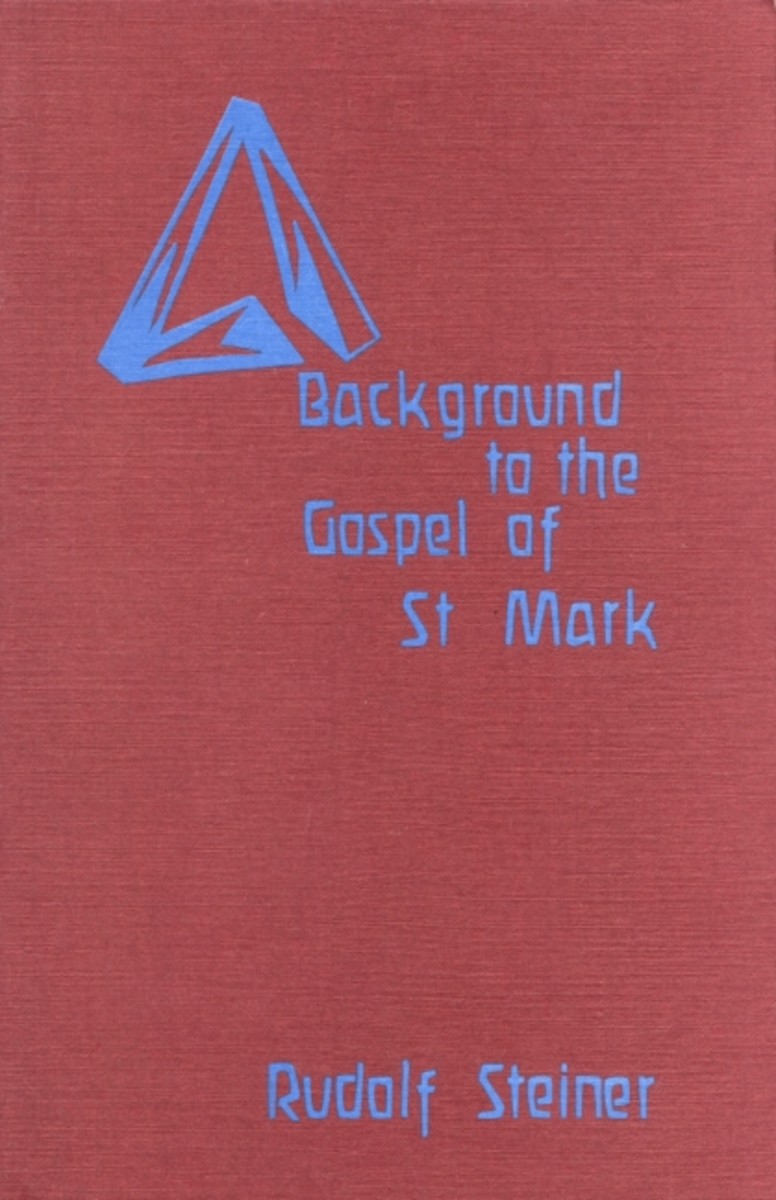 Background to the Gospel of St. Mark

In Background to the Gospel of St. Mark, Steiner shows the relevance of this Gospel especially to our present age, the fifth post-Atlantean epoch. He describes how each of the four Gospels was written to the time and circumstances of successive cultural periods: the Matthew Gospel is most relevant to the age when Christ incarnated and enacted the Mystery of Golgotha, the fourth post-Atlantean epoch; Mark speaks to the fifth; Luke, the sixth; and the Gospel of St John addresses the consciousness of the seventh epoch.

Steiner describes how what is found in the Gospel of Mark and not in the other Gospels is especially relevant to our age, such as where it speaks of a complex distressing world events which will occur at the time when Christ will become visible to many in the spiritual atmosphere of the earth, a time of false prophets and false Christs who will “seduce” many, when nations will war against nations, and of famines and natural disasters. (Mark 13)

These lectures discuss essential elements in Rudolf Steiner's Christology, his views on cosmic and human evolution, and the universal importance of Christ's earthly birth and the "Mystery of Golgotha."

These lectures discuss essential elements in Rudolf Steiner's Christology, his views on cosmic and human evolution, and the universal importance of Christ's earthly birth and the "Mystery of Golgotha."

This volume is a translation from German of Exkurse in das Gebiet des Markus-Evangeliums (GA 124).

• Investigation and communication of spiritual truths
• The two main streams of post-Atlantean civilization
• The tasks of the present, fifth post-Atlantean epoch
• The laws of rhythm in the domain of soul and spirit
• The Son of God and the son of Man
• The moon religion of Yahweh
• From Buddhism to Rosicrucianism
• Kyrios, Lord of the Soul
• Mystery teachings in Mark's Gospel