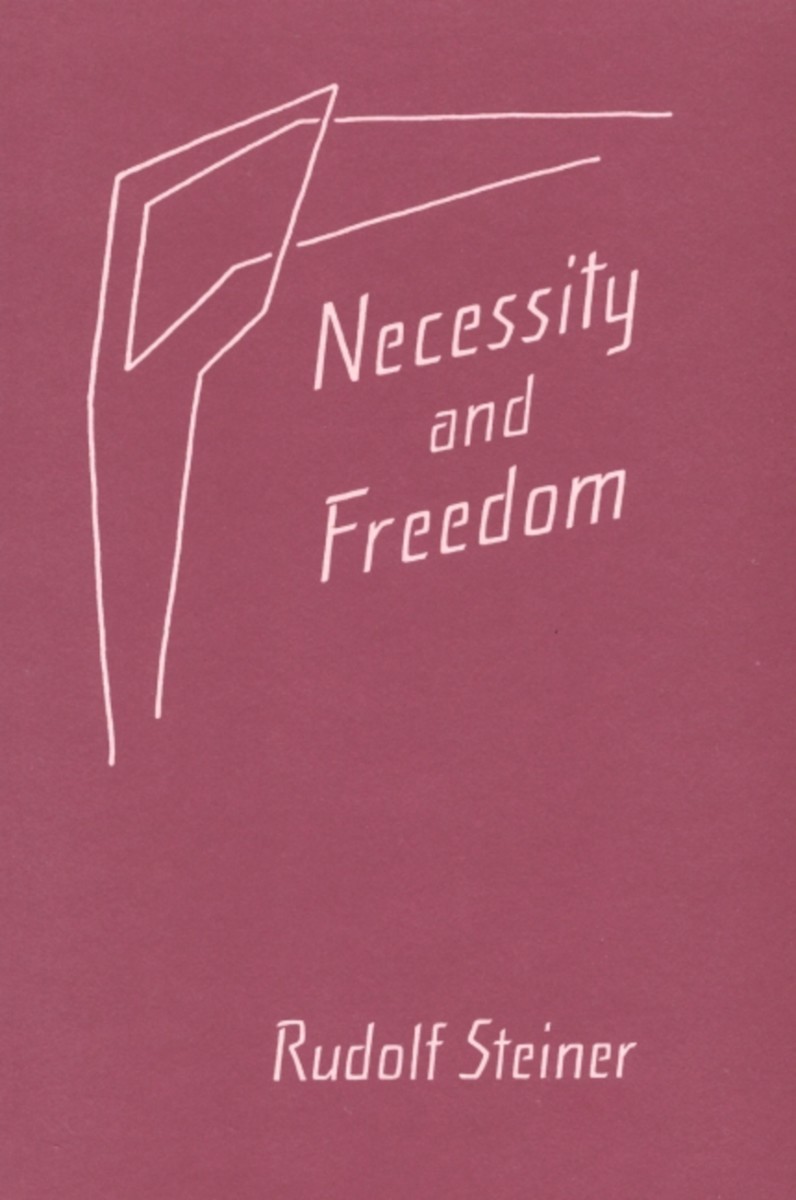 The age-old question of free will is still a mystery to most people today. Even religious and philosophical circles have difficulty reconciling the concepts of morality, destiny, karma, and necessity with true freedom. Steiner illuminates questions of freedom and necessity, and guilt and innocence, by discussing various aspects of evolution, history, and culture and showing that human beings carry the responsibility for these developments. He shows that the past represents necessity, whereas true freedom belongs to the future.

Steiner states that, whereas the human I is revealed in acts of volition on the physical plane, ultimately we will find our true "I"-being only through the Christ impulse and the completely free act of the Mystery of Golgotha.

The past shows us a picture of necessity. The future leaves the possibility open for freedom. Kant's antinomian chart. Limitation of logic when we approach infinity. An example with numbers. The Prague clock. Every external event has an elemental one underlying it. What is true on the physical plane often looks different on the spiritual plane. Beings are active on the elemental plane. In the physical realm things can be proved, whereas in the supersensible realm they are perceived. Mystery of Golgotha a free deed. Haeckel and the war.

The legend of the Prague clock and the workings of Ahriman and Lucifer. Law of cause and effect applies in the physical world. Historical events must be judged according to their intrinsic value. A condemnation of Goethe's Faust. Freedom and necessity mingle in human actions. Nature once a free deed of the gods. Past thoughts of the gods appear to us as necessity. Our present life of thought will be the outer nature of the future.

Illustration of three teachers with different attitudes to life, one is ahrimanic, another luciferic, and the third takes the path of progressive development. We must get to know the hidden forces behind ongoing events. Our actions can be influenced by pre-birth experiences. Two things combine in human beings, the stream of heredity and the spiritual part. Learning from life strengthens us.

Conflict of the Roman world and Teutonic tribes as basis of further historical development. Incursion of spiritual impulses in historical events. Unsuccessful actions are also necessary. Punishment as an enhancement of consciousness. Faust as an evolutionary factor. Greatest freedom involved in performing what is a necessity in world history. Empty space in world processes for certain impulses. Essential part of the will of angels is the intention. The animal in us as the cause of crime. Spiritual science now necessary, yet we can take it up in freedom. Right intentions lead to right results.

The “I” is found on the physical plane in acts of will. In the Middle Ages people still experienced auras. In the future the world will look bleaker and the will, will have less strength. Spiritual science will bring consciousness of the aura and a strengthening of will. Human beings in the grip of dreaming and ecstasy. Necessity of developing thinking and willing. The true I found through the Christ impulse. We shall then have memory of past lives.

Freedom through Love
The Search for Meaning in Life: Rudolf Steiner's "Philosophy of Freedom"