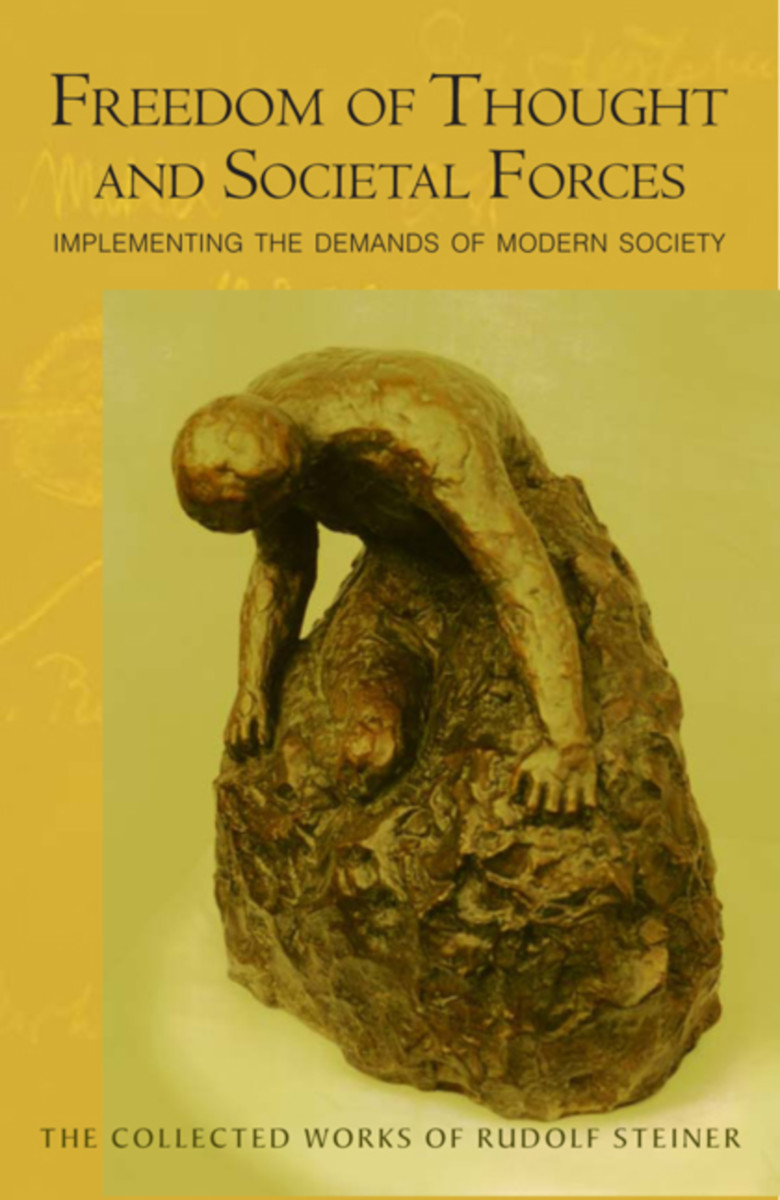 Freedom of Thought and Societal Forces

Freedom of Thought and Societal Forces offers a broad overview of Steiner’s fresh thinking on what he called the “threefold social order.” He acknowledged that the demand for social change derives above all from the working class, whom industrialization had forced into a kind of indentured life dominated by economics. From Steiner’s perspective, the underlying issue is not just economic, however, but also spiritual or cultural—culture and the cultured classes have become estranged from real life. Society needed a “free” culture that includes all classes. It also needs to shift labor into the legal sphere of rights, the only place where workers can find real freedom in society. Capital, too, needs to be liberated from egotism and allowed, like goods, to circulate freely. Above all, Steiner understood that social realities cannot be separated from the spiritual realities of human existence.

From this perspective, we lack knowledge of ourselves as spiritual beings, and thinking has become abstract. To remedy this, we must first acknowledge it and then develop modesty and humility. Next we must increase our capacity to love one another and the world. Approaching this reality from another side, we see that what ordinary individual thinking afflicts culture in general, which becomes removed from reality. Culture, like thinking, must become alive and universally human. This is impossible, however, unless we develop what Steiner calls “freedom of thought.” Authentic freedom of thought is always ethical and overcomes egotism. Indeed, a more general exercise of freedom in thought, as Steiner conceives it, provides a way through the twin dangers of materialism and abstraction—that is, through ahrimanic and luciferic worldviews—which together threaten society in both the narrow sense through nationalism and globally through geopolitics.

Freedom of Thought and Societal Forces is the first English translation from German of «Gedankenfreiheit und soziale Kräfte» (GA 333).

1. The Threefold Aspect of the Societal and Class Question
2. Insight into the Supersensible Human Being and the Task of our Time
3. Realizing the Ideals of Libery, Equality, and Fraternity through Social Threefolding
4. Spiritual Science, Freedom of Thought, and Societal Forces
5. The Assets and Liabilities of World Cultures
6. Spirit-Cognition as a Basis for Action

What Is Necessary in these Urgent Times
(CW 196)
OR