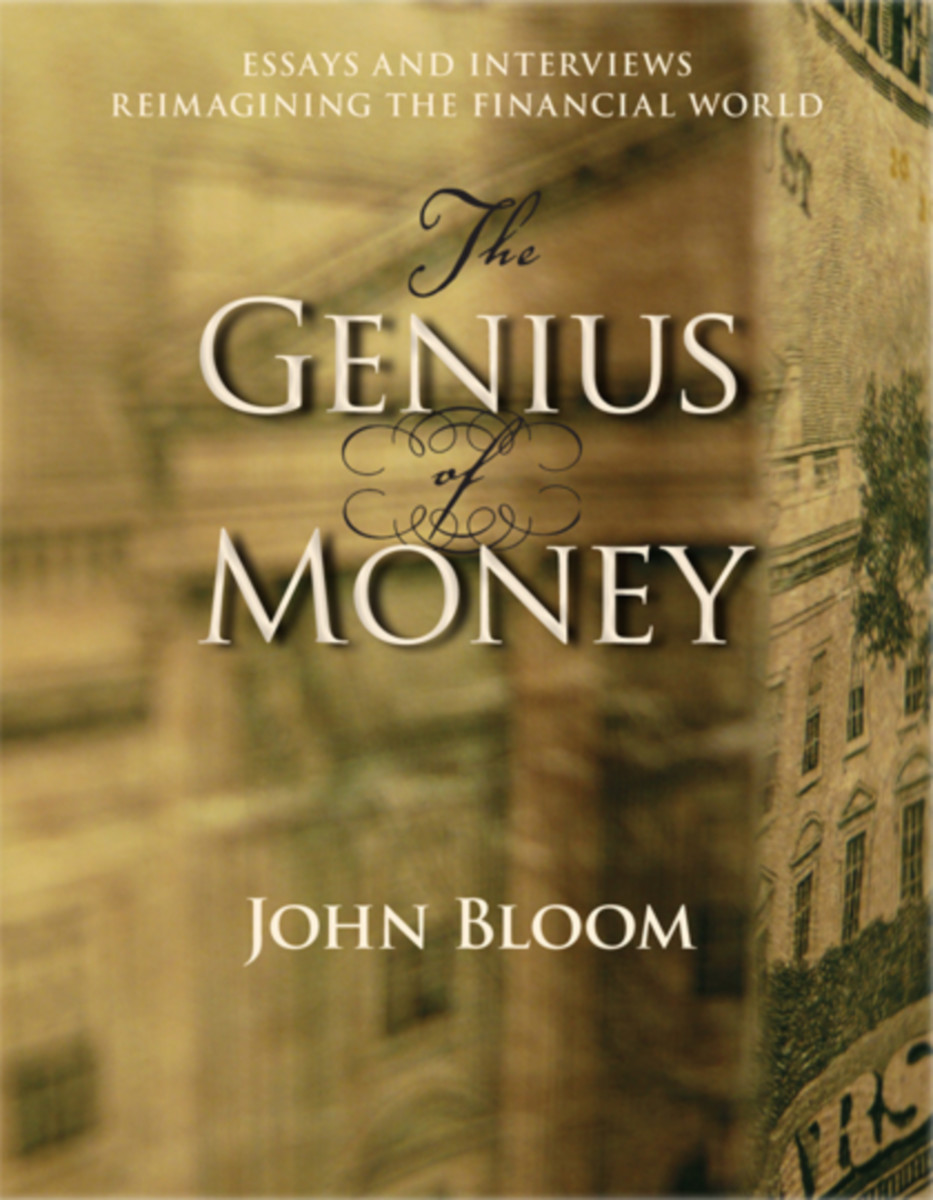 The Genius of Money

Coming to terms with money is one of the great transformational challenges of our time. This collection of essays and interviews is an invitation and inquiry addressing that challenge on a systemic and personal level. The book presents an engaging worldview that emerges from the intersection of money and spirit. Practical, spiritual, and unwavering, it investigates the financial world as it plays out in daily life through our transactions.

The first section, called “The Poetics of Money,” is framed on historical and contemporary works of art that reveal some of the cultural history of money. From the Renaissance to Pop Art to the Conceptual, artists have recognized the iconic power of money. They have moralized through it, played on its replicability, and suggested some of its archetypal power. The author explores these modes to better understand how our own attitudes about money are formed—unconsciously and consciously—through our culture.

The second section, “The Topography of Transactions,” explores the inner landscape of financial transactions. By looking at the various qualities of money and how we work with them inwardly and in our relationships, the connections between money, human development, and consciousness emerges. Faith, hope, and love—powerful forces in our lives—are central to our financial well-being.

The third section, “A Wealth of Transformation,” consists of interviews with individuals who have transformed themselves as they transformed the world through social entrepreneurship, philanthropy, philosophical inquiry into money, investing, and spiritual practice. These exemplars represent the many who have recognized that the financial world needs to change if we are to have peace in the world.

PART I: THE POETICS OF MONEY

1. Tribute Paid: At the Intersection of Spirit and Money
2. Coining a Myth: Titian—Danae and the Shower of Gold
3. Trumped Money: Value and the Eye of the Beholder
4. The Other Invisible Hand: Money and Its Subtle Influence on Social Life
5. Reforging Adam Smith: Beyond the Gates of Self-interest
6. An Inventory of Polarities: Quentin Metsys—The Money Lender and His Wife
7. Begging to Differ: Charity at the Threshold
8. Economic Chiaroscuro: Georges de La Tour—The Payment of Taxes
9. Money and the dance of Death: Hans Holbein the Younger—The Rich Man
10. Mercy in Mercantile Times: Gabriel Metsu—Usurer with Tearful Woman
11. Judas’s Dilemma, Giotto’s Rendition
12. Free Market Money in a Pop Iconomy
13. Money and the Modern Mind
14. The Touchstone and the Labyrinth: A Step into the Mystery of Money
15. The Transcendentalist and the Immigrant: Two Views of Money in America

PART II: A TOPOGRAPHY OF TRANSACTIONS

1. Economics and the Presence of Philanthropy
2. A Window into Transparency: The Desire for Connection through Finance
3. Just Money and Social Finance
4. Consuming Identity
5. Real Virtuality: QQ Coins and the Quandary of Complementary Mercantilism
6. A Degenerative and Regenerative Economics of Philanthropy and Gift
7. Culture—for the Price of Admission
8. Toward a Topography of Financial Transactions
9. Faith, Hope, and Love: Elements of an Appreciative Economy

JOHN BLOOM is Director of Organizational Culture at RSF Social Finance in San Francisco (rsfsocialfinance.org). As part of his work there, he has been developing the Transforming Money Network, as well as other educational programs that address the intersection of money and spirit in personal and social transformation.  Mr. Bloom founded two nonprofits and has served as a trustee on several, including Yggdrasil Land Foundation (yggdrasillandfoundation.org). He has worked with more than a hundred nonprofit organizations in capacity-building and cultural change. He leads workshops and lectures and has written extensively on education, the economics of a biodynamic CSA, and about money and philanthropy. He lives in San Francisco. As of October 2016, John Bloom is also General Secretary of the Anthroposophical Society in America. He writes a blog at transformingmoney.blogspot.com).

Watch Interview #1 with John Bloom on his book The Genius of Money.

Watch Interview #2 with John Bloom on his book The Genius of Money.