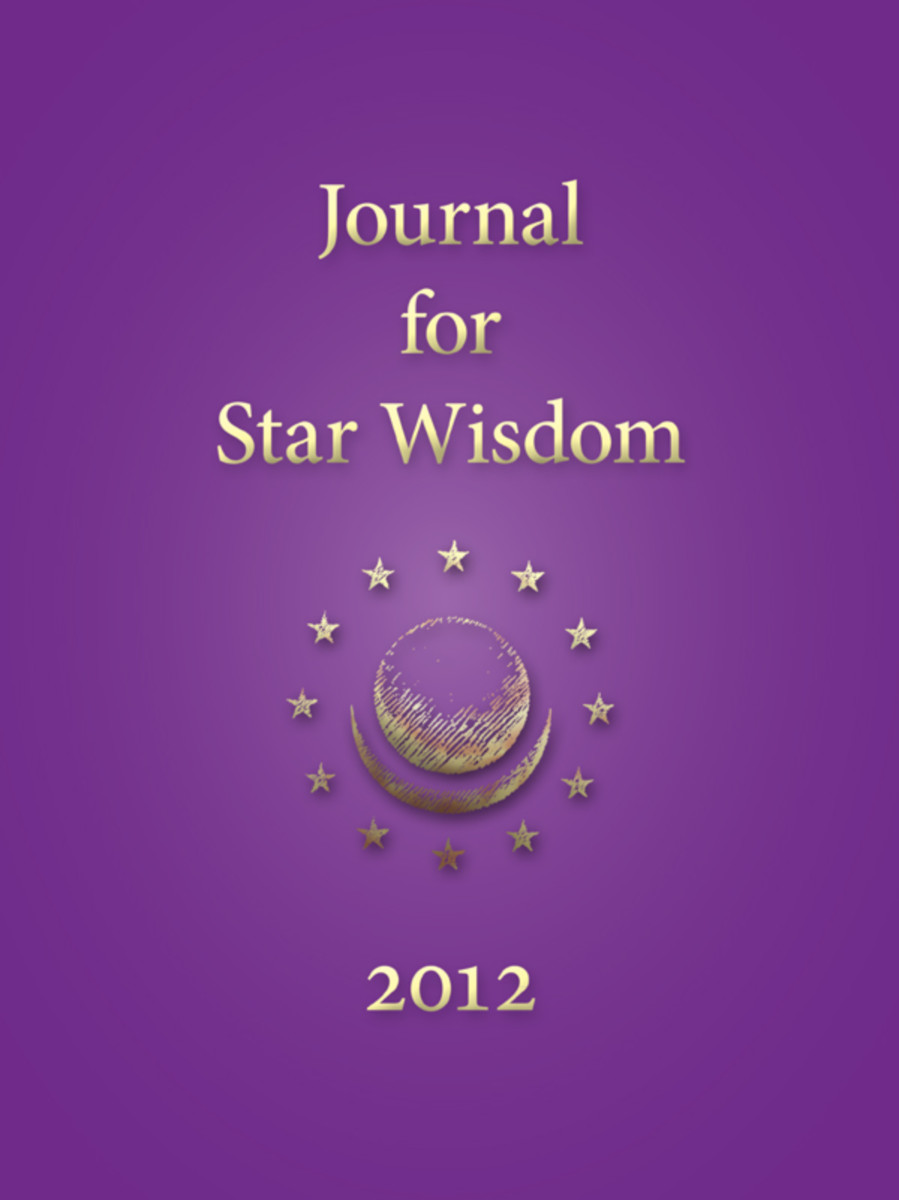 Journal for Star Wisdom 2012 is a special edition that addresses directly the challenges facing humanity in our time. It includes articles of interest on star wisdom (Astrosophy), as well as a guide to the correspondences between stellar configurations during the life of Christ and those of today. This guide comprises a complete sidereal ephemeris of geocentric and heliocentric planetary positions and an aspectarian for each day through the year. Published yearly, new editions are available beginning in October or November for the coming year.

According to Rudolf Steiner, every step taken by Christ during his ministry between the baptism in the Jordan and the resurrection was in harmony with—and an expression of—the cosmos. Journal for Star Wisdom is concerned with the heavenly correspondences during the life of Christ and is intended to help provide a foundation for Cosmic Christianity's cosmic dimension, which has been largely absent from mainstream Christianity during its two-millennium history.

Readers are invited to contemplate the current movements of the Sun, Moon, and planets against the background of the zodiacal constellations (sidereal signs) in relation to corresponding stellar events during the life of Christ. In this way, it becomes possible to open oneself to attune to the life of Christ in the etheric cosmos.

The main focus of this year's journal is the significant year of 2012 as a pivotal year in the history of humanity and the Earth.

"The Rose of the World (Rosa Mira)"
by Daniel Andreev

"Working with the Journal for Star Wisdom"

"The Venus Eclipse of the Sun, 2012"
by David Tresemer

"Joan of Arc: A Forerunner of Our Age"
by Wain Farrants

"Kaspar Hauser: The Child of Europe"
by Wain Farrants

"Anthroposophic Foundations for a Renewal of Astrology"
by Brian Gray

"The Two Become One: Possession or Enlightenment?"
by Claudia McLaren Lainson

Wain Farrants discovered astrology (both tropical and sidereal) and Anthroposophy during his first years at the University of Toronto. After completing a BSc in psychology and mathematics, he spent more than three years teaching math at a secondary school in Mochudi, Botswana. Later, he traveled to England, where he became a biodynamic gardener in a Camphill Community for disabled adults in the North York Moors National Park. After a few years there, he assumed responsibility for the Botton Village Bookshop. He edited and coedited numerous books by Karl König, Peter Roth, Baruch Urieli, Peter Tradowsky, and Andrea Damico Gibson, and contributed a number of articles to the Christian Star Calendar. He also had considerable experience of a wide variety of orthodox, complementary medical, and alternative therapies. Wain died January 19, 2014, at the age of 65.