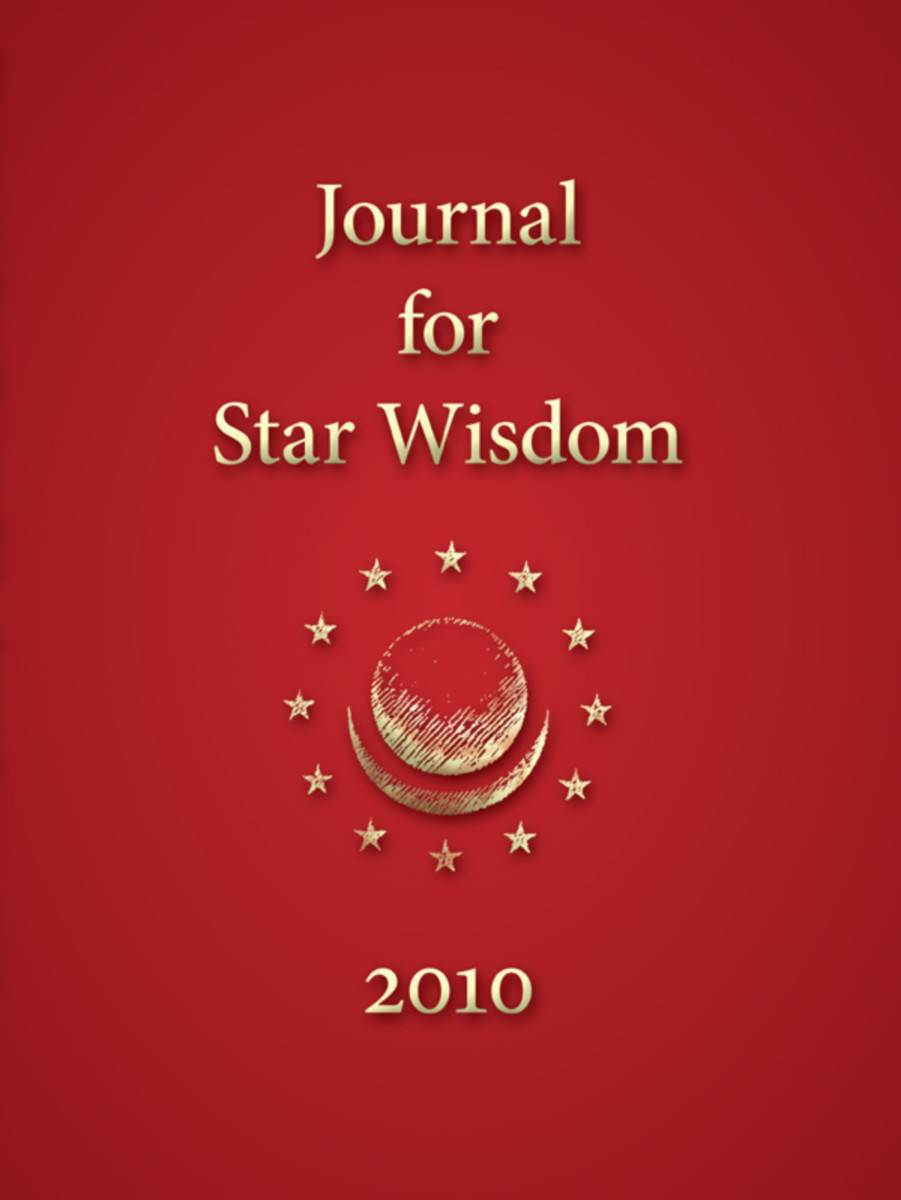 The Journal for Star Wisdom includes articles of interest concerning star wisdom (Astrosophy), as well as a guide to the correspondences between stellar configurations during the life of Christ and those of today. The guide comprises a complete sidereal ephemeris and aspectarian, geocentric and heliocentric, for each day throughout the year. Published yearly, new editions are available beginning in November for the coming new year.

According to Rudolf Steiner, every step taken by Christ during his ministry between the baptism in the Jordan and the resurrection was in harmony with—and an expression of—the cosmos. The Journal for Star Wisdom is concerned with these heavenly correspondences during the life of Christ. It is intended to help provide a foundation for cosmic Christianity, the cosmic dimension of Christianity. It is this dimension that has been missing from Christianity in its two-thousand-year history.

“The Rose of the World” by Daniel Andreev
Editorial Foreword by Robert Powell
“World Pentecost” by Robert Powell
“Sun on the Galactic Center” by David Tresemer
“Kyot and the Stellar Script of Parsifal” by Ellen Schalk
“Signature of Jupiter in the Events of Christ Jesus’ Life” by David Tresemer, Robert Schiappacasse, William Bento
“Contemplations on the Jupiter–Uranus Conjunction” by William Bento
“Commentaries and Ephemerides: January–December 2010” by William Bento, David Tresemer, Claudia McLaren Lainson, and Sally Nurney
Epitaph: “Though My Soul May Set in Darkness” —Galileo and Joseph Haydn

Ellen Schalk was born in Stuttgart shortly before the Nazis came to power in Germany. As a teenager, she experienced the ravages wrought by World War II, after which she studied mathematics, geography, and geology at the Technical College in Stuttgart, where she encountered Anthroposophy. Later, through her anthroposophic studies, met Ernst Bindel, whom Rudolf Steiner had asked to teach mathematics at the original Waldorf school in Stuttgart. In 1961, Ernst Bindel invited Ms. Schalk to teach mathematics at the Waldorf school, where she became a teacher. On sabbatical leave from the school in 1976, she met Werner Greub and became interested in his research into the historical and geographical background of the Grail events, which he later published in his book Wolfram von Eschenbach and the Reality of the Grail. Through her studies, and with the encouragement of Werner Greub, she penetrated deeper into the mysteries of the stellar script of the Parsifal story. Today, she lives in a retirement home in Stuttgart and loves to play piano and flute, and occasionally plays the organ for special occasions at the Christian Community church.