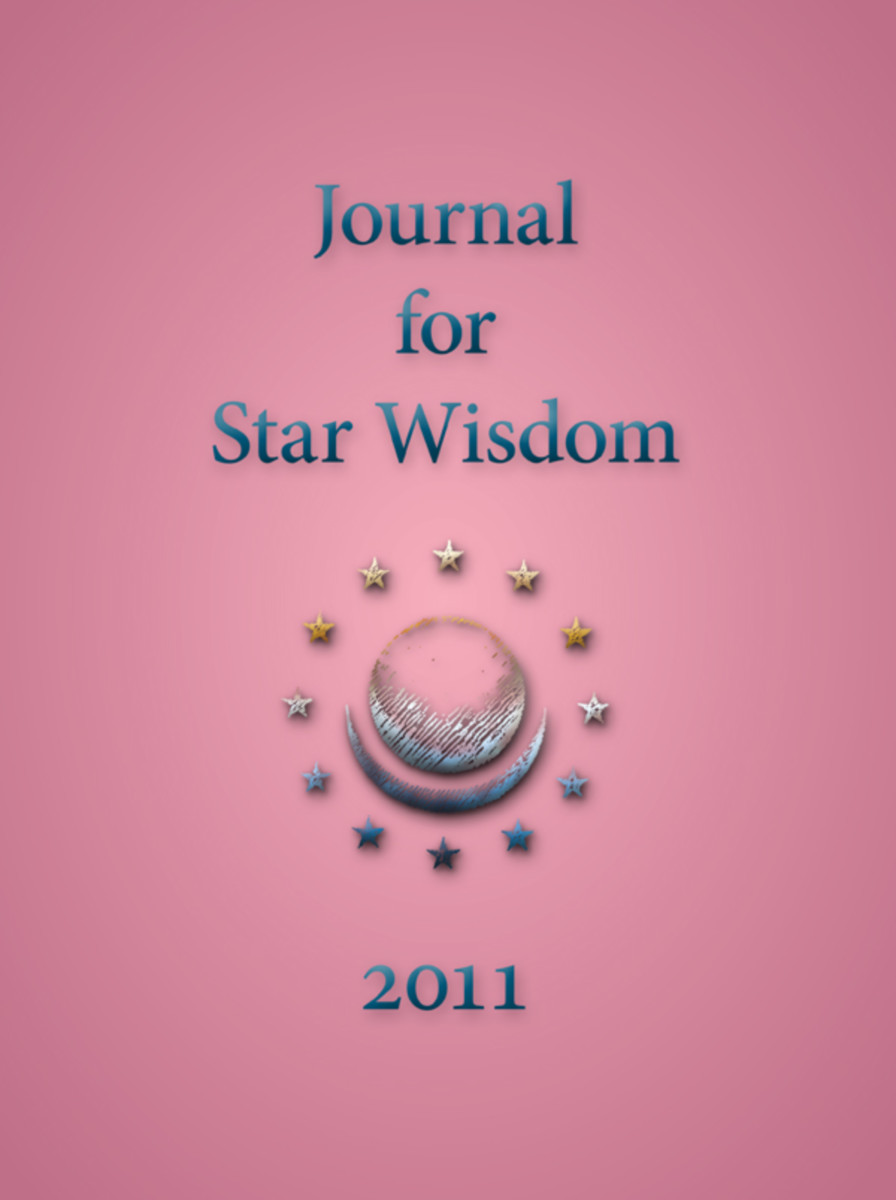 Journal for Star Wisdom 2011 includes articles of interest concerning star wisdom (Astrosophy), as well as a guide to the correspondences between stellar configurations during the life of Christ and those of today. This guide comprises a complete sidereal ephemeris and aspectarian, geocentric and heliocentric, for each day throughout the year. Published yearly, new editions are available beginning in November for the coming new year.

According to Rudolf Steiner, every step taken by Christ during his ministry between the baptism in the Jordan and the resurrection was in harmony with—and an expression of—the cosmos. The Journal for Star Wisdom is concerned with these heavenly correspondences during the life of Christ. It is intended to help provide a foundation for cosmic Christianity, the cosmic dimension of Christianity. It is this dimension that has been missing from Christianity in its two-thousand-year history.

The 2011 Journal for Star Wisdom begins with a special extract from The Rose of the World by Daniel Andreev, as well as an extract from volume three of the original Rosa Mira: Rose of the World—“The Preparation of Human Beings for the Coming Antilogos”—translated and published for the first time in English. This article is of special interest to those who wish to understand better the impending incarnation of Ahriman, the Antichrist.

The main focus of this year's journal is the significant year of 2012, with 2011 as a stepping stone to this pivotal year in the history of humanity and the Earth. Apart from articles by David Tresemer and Robert Powell more directly concerning 2012, William Bento’s article offers important perspectives on the theme of prophecy—its meaning and significance for modern human beings. Kevin Dann highlights the Christ rhythm of 33 1/3 years in the biography of Henry David Thoreau and in the history of the United States. Brian Gray looks at the Moon Node rhythm of 18 years 7 months in Rudolf Steiner’s life, especially in relation to his artistic activity, which is, according to Brian’s interpretation, indicated in Steiner’s birth horoscope. David Tresemer offers deep insights into the qualities of certain degrees of the zodiacal signs.

The monthly commentaries by Claudia McLaren Lainson and David Tresemer are supported by monthly astronomical previews provided by Sally Nurney and offer profound insights into the meaning of stellar configurations during the year 2011.