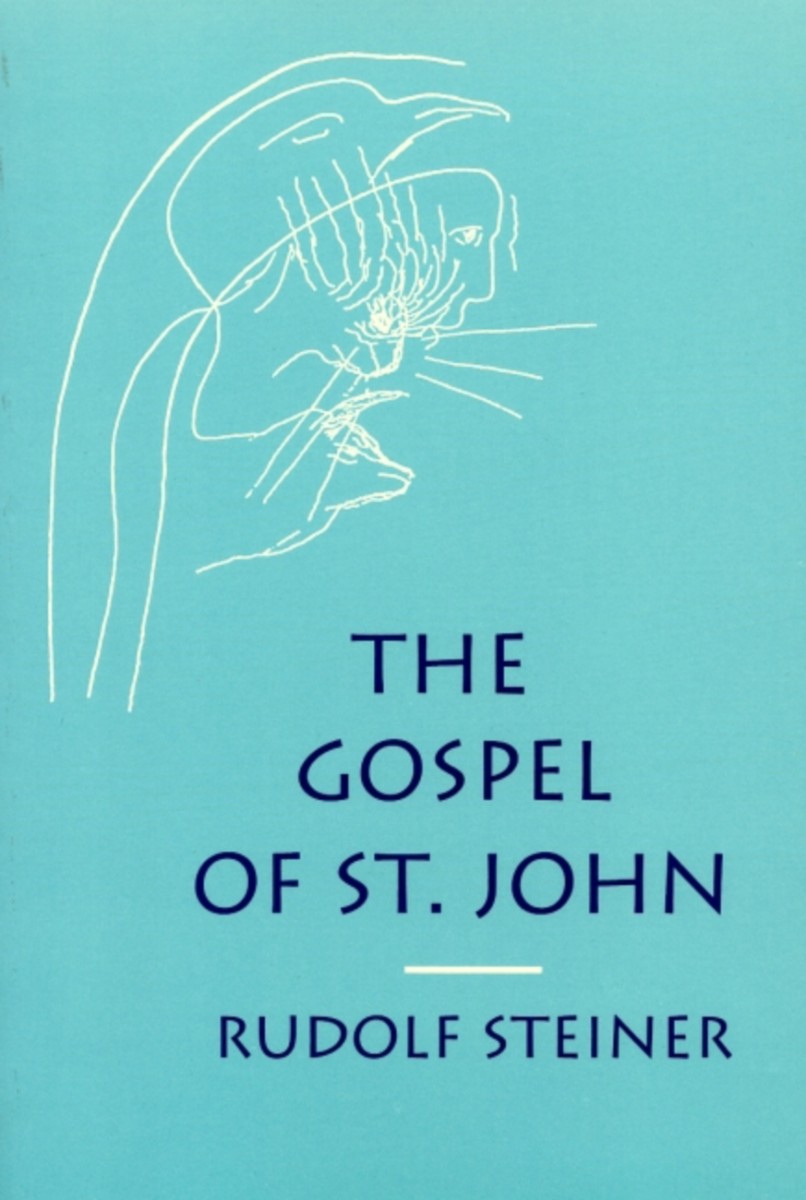 During Pentecost 1908—seven years after he had given the world his book Christianity As Mystical Fact and the first intimation of the consequences of his Christ experience—Rudolf Steiner began his great work of renewing humanity's understanding of the Mystery of Golgotha and its meaning for human and earthly evolution. Accordingly, he turned to the deepest, most spiritual of the Gospels—that of the initiate St. John.

In this lecture course, readers will find that the incarnation, death, and resurrection of the Divine Word, or Logos, reveals the mission of the Earth: Love. We learn of the mysteries behind Lazarus' resurrection, the "I AM" sayings, and the seven degrees of initiation. We come to understand that the Gospel of St. John is a continuing spiritual presence—to be recalled, meditated, and permeated with one's own life. In doing so, we realized that our purpose—and that of all humankind—is to become the Virgin Sophia, a receptical for the Holy Spirit.

All of Steiner's work, as Marie Steiner writes in her introduction, was "to pave the way to Christ." Indeed, at the conclusion of these lectures, Rudolf Steiner said: It will come to be understood that Christianity is only beginning its influence and will fulfill its real mission only when it is understood in its true, spiritual form.... The more these lectures are understood in this sense, the better they will be understood as they were intended. This volume is essential if one is to truly understand Rudolf Steiner's understanding of esoteric Christianity and its place in the world today and in the future.

This volume is a translation of Das Johannes-Evangelium (GA 103).

1. The Doctrine of the Logos
2. Esoteric Christianity
3. The Mission of the Earth
4. The Raising of Lazarus
5. The Seven Degrees of Initiation
6. The "I AM"
7. The Mystery of Golgotha
8. Human Evolution in Its Relation to the Christ Principle
9. The Prophetical Documents of the Origin of Christianity
10. The Effect of the Christ Principle
11. Christian Initiation
12. The Nature of the Virgin Sophia and of the Holy Spirit

Gospel of St. John—Guide to Further Reading
by Robert McDermott

The Marian Way of Heart Knowledge
From Mary through St. John's Gospel to Rudolf Steiner's Philosophy of Freedom

Reflections on the Gospel of John
OR