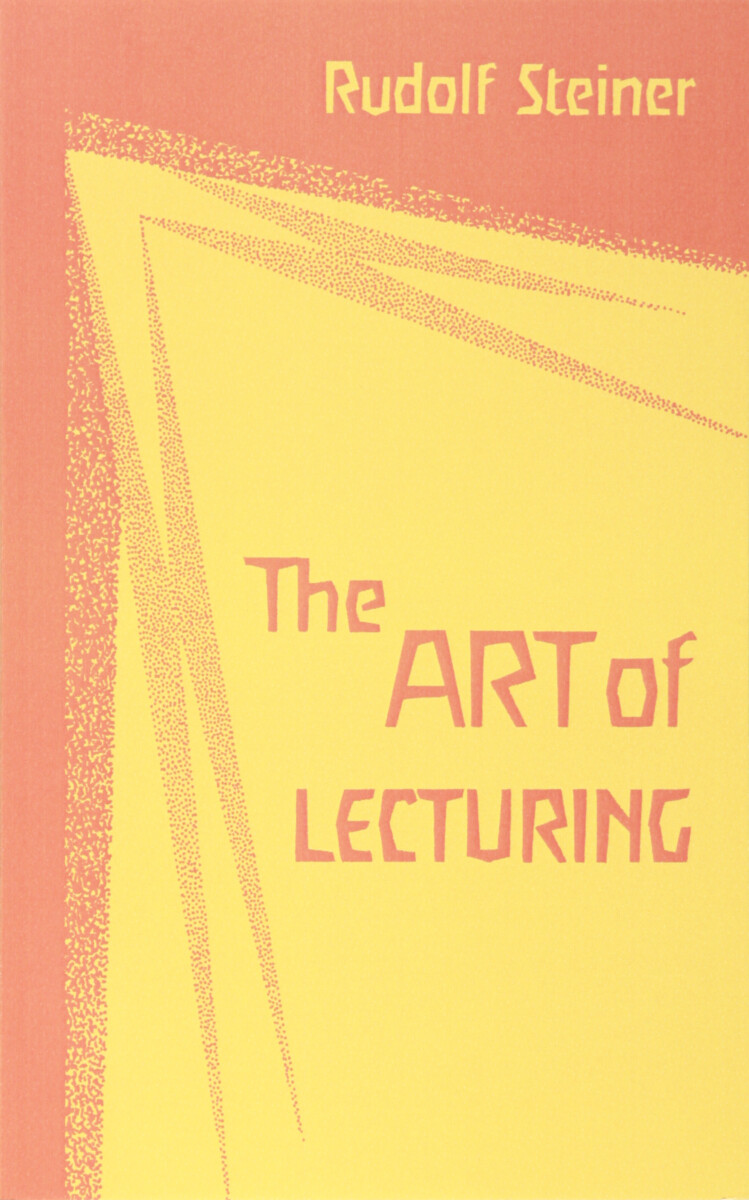 Lecturing is an art that requires command of many technical aspects. Novice tell all they know, or worse—whatever they have read about a subject. They either bore or overwhelm listeners with a flow of information. Master speakers know their audience and evoke wonder and insight. How is this done?

These lectures form the “Swiss Orientation Course,” or “The Speakers' Course.” They address the art of effective speaking, clarifying thought content, knowing one’s audience, verbal formulation, ethics of speaking, the effects of lecturers on their listeners, lyrical speaking, speech exercises, repetition, and full immersion in one’s topic so that the speaker will be listened to and heard.

LECTURE 1: Guidelines for the preparation of a talk: our thoughts interest no one; our will impulses annoy everyone; only our feelings constitute the effectiveness of a talk. The thought content must be thoroughly settled in advance. Verbal formulation of the first and the last sentences. Our thought preparation affects the will; our enthusiasm affects the listener’s thinking.

LECTURE 2: Historical viewpoints concerning the threefold order and the development of speech. Beautiful speaking, correct speaking, and good speaking. Humanism and pragmatism. The need for developing a true ethics of speaking.

LECTURE 3: Letting experiences flow into the composition of the lecture. Only the proletarian has concepts about the three areas of the social organism.

LECTURE 5: Lyrical speaking for spiritual life; dramatic speaking for rights-relationships; epic speaking for economic conditions. About economic life within the social organism. The formulation of key sentences. Speech exercises and speech gymnastics; the effect of coffee and tea on the speaker; respect for the audience through proper preparation.

LECTURE 6: Repetition in varied formulations helps the listener to comprehend. The use of questions gives the audience a moment to breathe in. Logical trains of thought put the audience to sleep. Unusual formulations and word order keep the listeners attentive. Illustrations and pictures convince and are remembered. The audience listens with the speech organs. The speaker must be fully immersed in his topic. He must have thorough knowledge of the events of the time. The movement for the threefold social order cannot be separated form Anthroposophy.

Liberation of the Actor