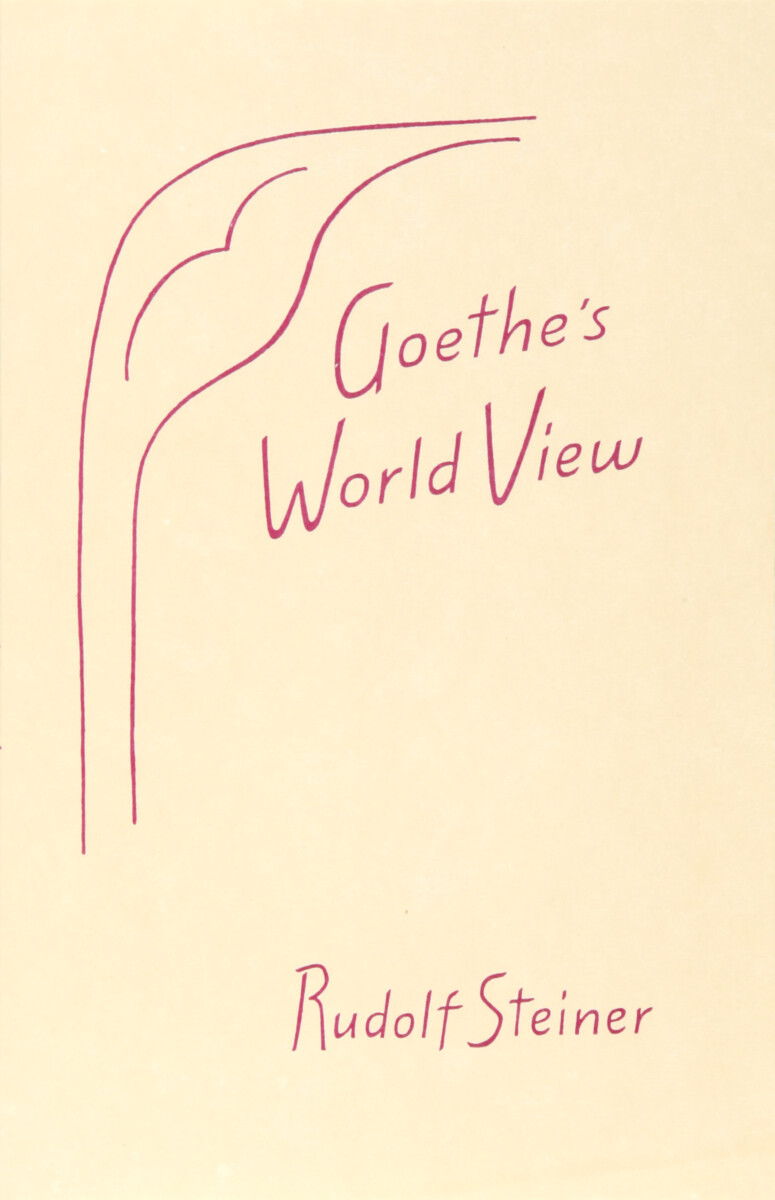 The thoughts expressed in this book are meant by Rudolf Steiner to contain the fundamental elements that he observed in Goethe's worldview. There was a particular appeal for Steiner in observing what nature reveals of its being and laws as perceived by Goethe's refined organs of sense and spirit. He came to understand how Goethe experienced such revelations as good fortune and happiness so great that he sometimes valued them over his poetic gift.

Rudolf Steiner “lived into” the feelings that passed through Goethe's soul when he said:

“Nothing motivates us so much to think about ourselves as when, after a long interval, we finally see again objects of the highest significance, scenes of nature with particularly decisive characteristics, and compare the impression remaining from the past with the present effect. We will then notice by and large that the object emerges more and more, that, while we earlier experienced joy and suffering in our encounter with the objects and projected our happiness and perplexity onto them, we now, with egoism tamed, grant them their rightful due, which is that we recognize their particularities and learn to value their characteristics more highly by thus living into them. The artistic eye yields the first kind of contemplation; the second kind is suited to the researcher of nature; and I had to count myself, although at first not without pain, still in the end fortunate that, as the first kind of sense threatened to leave me by and by, the second kind developed all the more powerfully in eye and spirit.” — Goethe

This volume is a translation from German of the written work Goethes Weltanschauung (GA 6).

I. GOETHE'S PLACE IN THE DEVELOPMENT OF WESTERN THOUGHT

II. GOETHE'S VIEW ON THE NATURE AND DEVELOPMENT OF LIVING BEINGS

III. THE CONTEMPLATION OF THE WORLD OF COLORS

The Phenomena of the World of Colors

IV. THOUGHTS ABOUT THE DEVELOPMENTAL HISTORY OF THE PHENOMENA OF EARTH AND AIR

Epilogue to the New Edition of 1918

Goethe's Theory of Knowledge
With Special Reference to Schiller (CW 2)