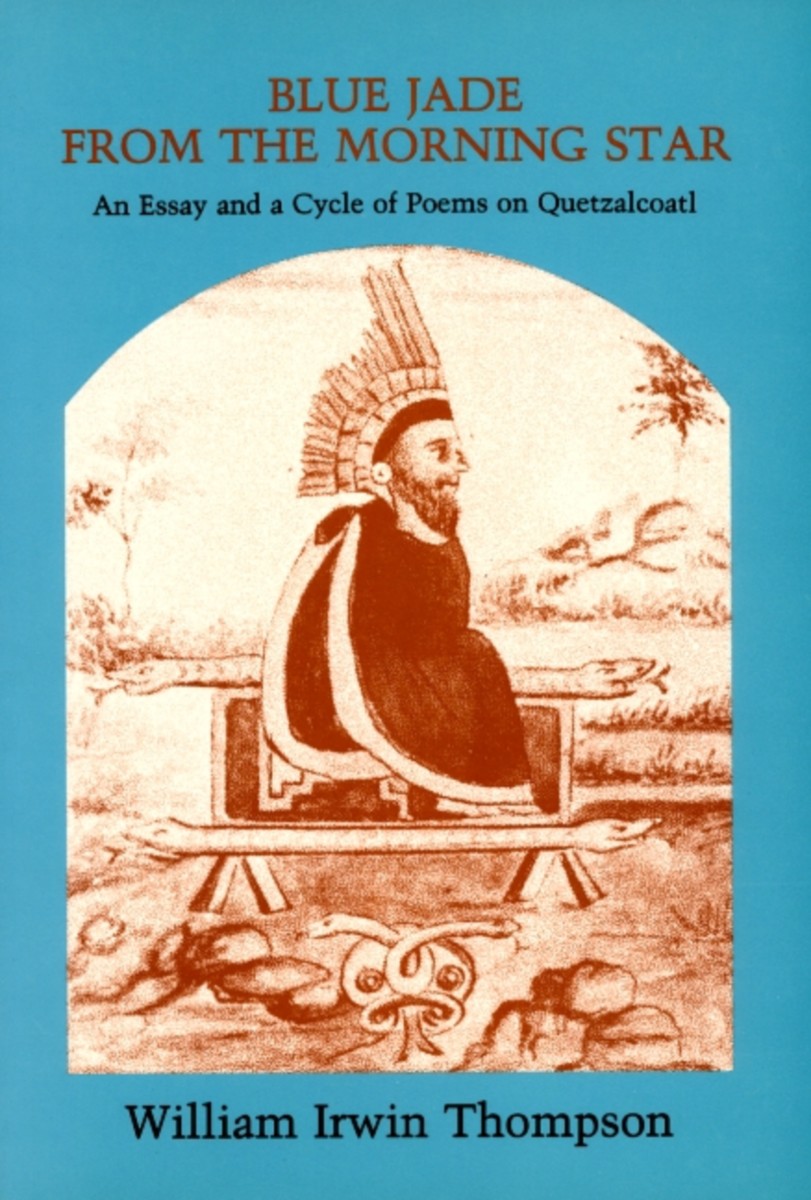 Blue Jade from the Morning Star

An Essay and a Cycle of Poems on Quetzalcoatl

This beautiful little book, like Carlos Castaneda's works, shines new light into the mythical and poetic content of the collective unconscious.

William Irwin Thompson, Ph.D., was born in Chicago in 1938 and grew up in Los Angeles. A poet and cultural philosopher, received a Woodrow Wilson Fellowship to study at Cornell in 1962 and a Woodrow Wilson Dissertation Fellowship to do his doctoral research in Dublin in 1964. He received his doctorate from Cornell in 1966 and published his first book, The Imagination of an Insurrection: Dublin, Easter 1916 in 1967. Thompson has taught at Cornell, MIT, and York University in Toronto. His interdisciplinary interests are indicated in that he studied anthropology, philosophy, and literature at Pomona, and literature and cultural history at Cornell. He has served as visiting professor of religion at Syracuse University (1973), visiting professor of Celtic Studies at St. Michael's College, the University of Toronto (1984), visiting professor of political science at the University of Hawaii at Manoa (1985), Rockefeller Scholar at the California Institute of Integral Studies in San Francisco (1992-1995), and Lindisfarne Scholar-in-Residence at the Cathedral of St. John the Divine in New York in the autumn of each year from 1992 to 1996. In 1995, he designed an Evolution of Consciousness Curriculum for the Ross School in East Hampton, New York, and still serves as a Founding Mentor. His best known works include At the Edge of History: Speculations on the Transformation of Culture (1971); The Time Falling Bodies Take To Light: Mythology, Sexuality, and the Origins of Culture (1981); and Coming Into Being: Artifacts and Texts in the Evolution of Consciousness(1996). He was a founder and president of the Lindisfarne Association, a group of creative individuals in the arts, sciences, and contemplative practices devoted to the study and realization of a new planetary culture, and the seed for Lindisfarne Books. Dr. Thompson has been a professor at MIT and York University in Toronto, and held visiting positions at Syracuse University, University