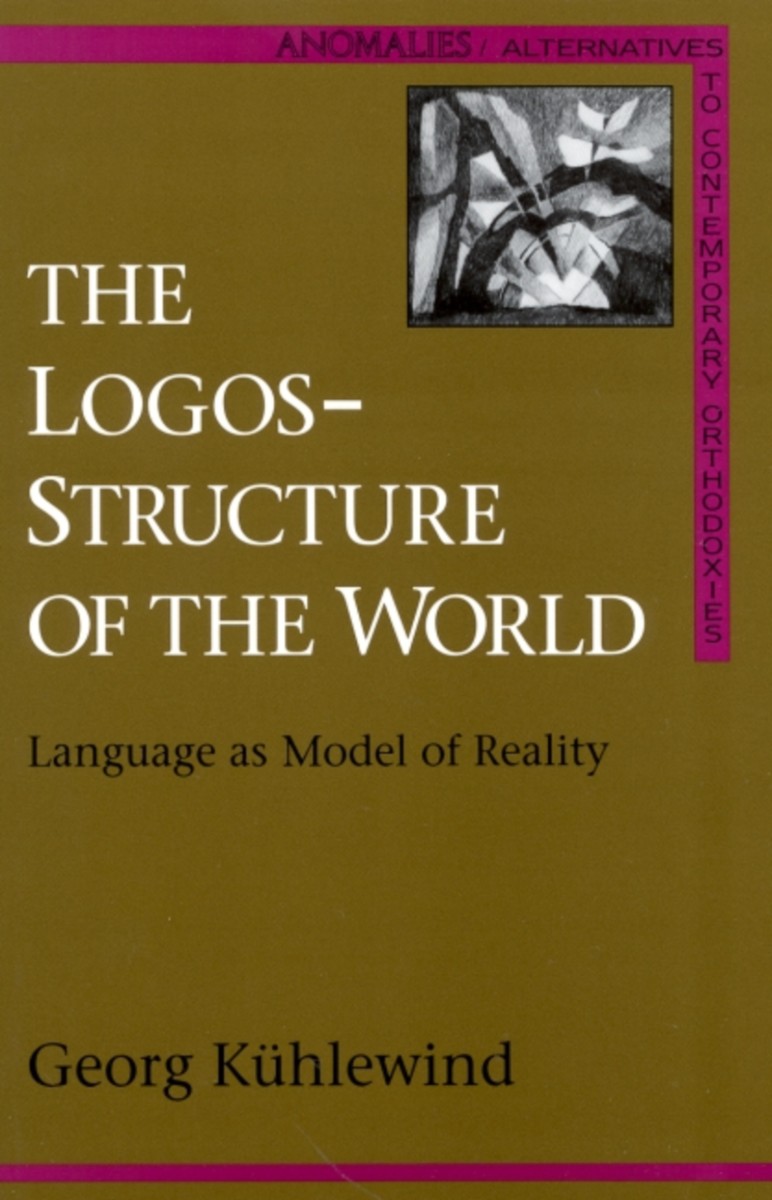 The Logos-Structure of the World

Language as Model of Reality

“The aim of this book is to show that the world, including human beings and their consciousness, is not originally a world of thing but a world of words; that fundamentally the world has the structure of a text; and that it is therefore possible to read it like a test.” — Georg Kühlewind

To realize this goal, one must bear in mind three different approaches, or disciplines: epistemology, psychology, and linguistics. These are united by the phenomenology—“empiricism of consciousness”—used by the author, who always speaks from and toward experience.

This is not an ordinary text, but a guide to philosophical experience—to the experience of cognition itself.

“A most important work, sounding the depth of the I AM to reveal the love that unifies self and cosmos.”
—David Appelbaum is Professor of Philosophy at SUNY New Paltz and editor of Parabola magazine and of the SUNY Press "Studies in Esotericism" series. He is also a poet and the author of numerous books, including The Stop, Everyday Spirits, and Disruption

“If you appreciate poetry, philosophy, and science—as contrapuntal meditations on the real—Logos-Structure will sing you a grounding theme, as sublime as it is deep.”
—Arthur Egendorf, psychotherapist, author of Healing from the War: Trauma and Transformation After Vietnam

“Drawing on a vast store of scientific, philosophical, and linguistic knowledge, and his own carefully charted experience, Georg Kühlewind teaches the Logos in terms at once individual and universally human.”
—Robert McDermott, Ph.D., president and professor of philosophy and religion, of the California Institute of Integral Studies (CIIS); author of American Philosophy and Rudolf Steiner (2012)

“I find Kühlewind's work invaluable. He lays the groundwork for a new, twenty-first-century worldview that integrates human life into a vibrant whole. His philosophy is refreshingly unique—it is not only philosophically rigorous and spiritually profound but also accessible to the inquiring general reader.”
—Tyson Anderson, Professor of Philosophy, St Leo College

4. The Language of Reality
The First Reality—The First Language
The Transition to Questioning
The Second Reality
The Third Reality

5. The Character of Perceptual Reality
The Sensation of Reality—Observations
The Functioning of the Human Senses
The Fate of Higher Ideas
The Wordlike Character of Nature

8. Changes in the Given