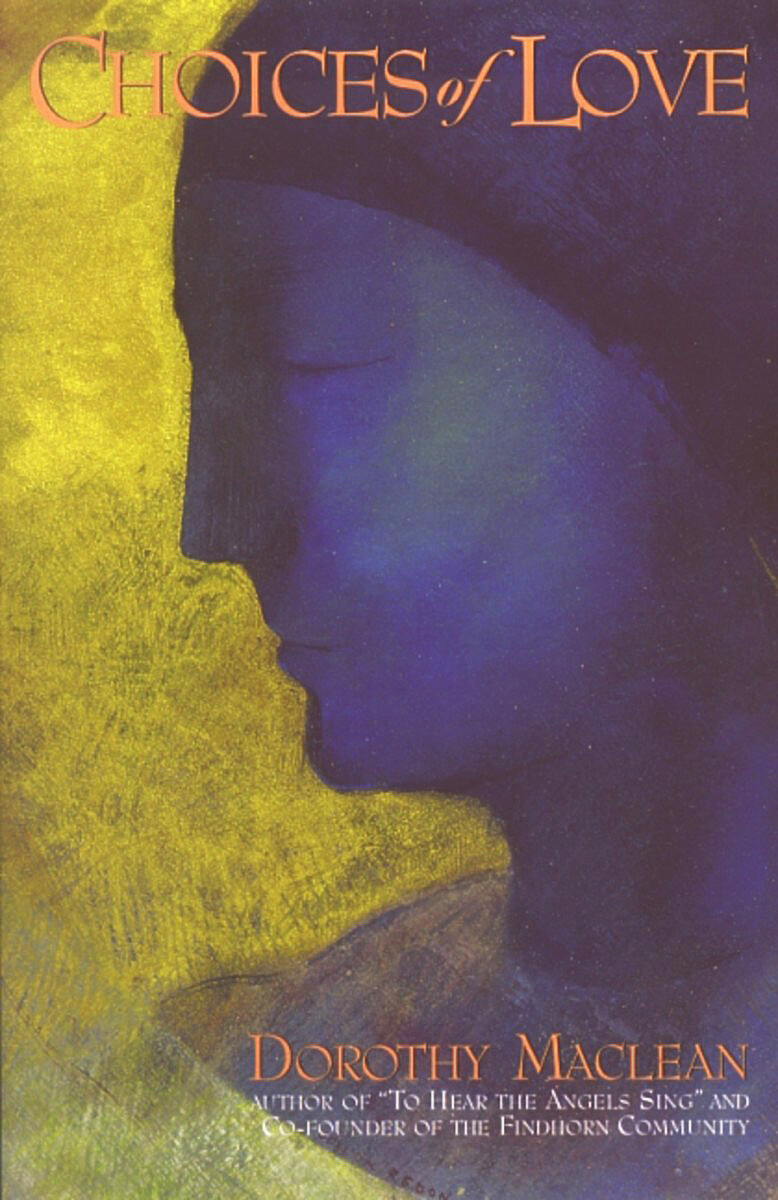 Ever since her early days at the Findhorn Community in Scotland, Dorothy Maclean has been helping people attune to nature and connect with their inner divinity. Now, in Choices of Love, she discusses the nature of divine love and how each of us can avail ourselves of its power to enrich any aspect of our lives.

The immensity of divine love, how to contact it, the nature of the Divine, blocks to understanding, the nature of good and evil, and the angelic world of nature and of human groupings such as cities, states, and nations, are among the topics Dorothy Maclean addresses. Choices of Love will leave you with a clearer understanding of yourself and of the universal love in which we all participate.

"Dorothy Maclean is that wonderful combination of a profound mystic and a loving, down-to-earth person who embodies the best of a spiritual tradition. A book by her is always a special feast of insights, and this book, her first after too many years, is no exception. I commend its spirit and its richness to you."

Dorothy Maclean (1920–2020) was a Canadian writer and educator on spiritual subjects who was one of the original three adults at what is now the Findhorn Foundation in northeast Scotland. Maclean was born in Guelph, Ontario. She obtained a 3-year Bachelor of Arts degree from the University of Western Ontario. From 1941 on, she worked for the British Security Coordination in New York City. After being posted to Panama, she met and married John Wood, though the couple divorced in 1951. Living in England in the 1950s, Maclean became involved in the spiritual practices of Sheena Govan and Peter Caddy and eventually Eileen Caddy. When the Caddys were appointed to manage a hotel in Scotland, Maclean joined them as a secretary. After the Caddys became unemployed in 1962, they moved into a travel trailer near the village of Findhorn. In 1963, an annex was built so that Maclean could continue to work with them. A community eventually grew up around the Caddys and Maclean that, since 1972 known as the Findhorn Foundation. Maclean was known for her work with devas, elementals of the natural world. Her book To Hear the Angels Sing gives an overview of this work and provides autobiographical narratives. A full-length biography, Memoirs of an Ordinary Mystic was published in 2010. Maclean left Findhorn in 1973 and subsequently founded an educational organization in North America with David Spangler. Maclean retired from public life in 2010 and returned to live at Findhorn. She turned 100 years old in January 2020 and died on March 12, 2020, in Findhorn.

Acts of the Heart
Culture-Building, Soul-Researching
Introductions, Forewords, and Prefaces

Becoming
A Call to Love

I Connecting
The Soul's Quest

Love and the World
A Guide to Conscious Soul Practice

The Meaning of Love
OR