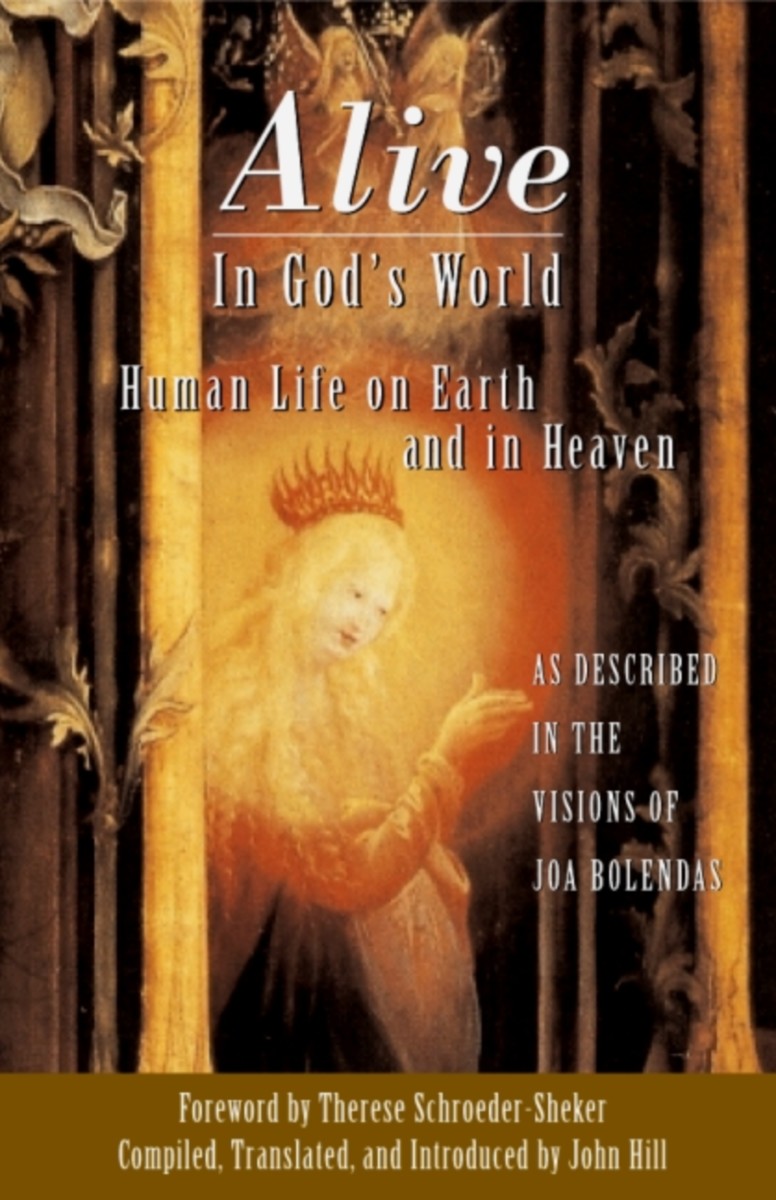 The visionary testimony of Joa Bolendas awakens us to the full reality of spiritual life on earth and in heaven. To be alive in God’s world means living in a prayerful and powerful unity with God, with those risen from the dead, and all the peoples of the earth. To live this unity is truly human. The focus of the visions contained in this book is to bring awareness of the deep bonds uniting the living with each other, with the dead, and with God.

In these fragments of discourses with those risen from the dead as reported here, we experience their awakening to a new life in a greater life in God’s world. The risen ones tell us to make God’s kingdom alive on earth and thus release a process of great spiritual energy to guide humanity and restore the earth to its spiritual axis.

"Joa's luminous visions quicken the spirit, nourish the soul, and provide manna for contemplation. A book overflowing with God's grace."

Nan C. Merrill, author of Psalms for Praying and Meditations and Mandalas

Joa Bolendas (1917–2005) was a modern Swiss visionary and down-to-earth mystic in the mold of Hildegard of Bingen. She had visions of spiritual beings throughout her adult life, beginning the 1950s. She grew up like any normal child, but it quickly became evident that she had psychic gifts. With her confirmation into the Protestant church, she became aware of God's guidance and began to have significant dreams. Her first visions concerned the unity of the multitude of different churches. The heavenly beings who came to her also spoke to her of the state of the world—ecological, geopolitical, and social—and asked her to pray. Thus it was that Joa undertook great prayer battles for the future of humanity and the Earth. These became known—no one knows how—and occasionally foreign governments would consult with her. She continued to live simply as she deepened her devotion to God and the world through profound prayer. In her later years, her visions expanded to include revelations that related to the meaning of life on both sides of the threshold. Joa Bolendas continued each week to attend various neighborhood churches for prayer, and continued to receive visions whose range and depth continued to expand. At the age of eighty-eight, she passed into God's world. Click here to visit Joa's website.

Friend of My Heart
Meeting Christ in Everyday Life

Songs and Dreams
By Seeking We Are Found

Turning
Words Heard from Within

Where on Earth Is Heaven?
OR