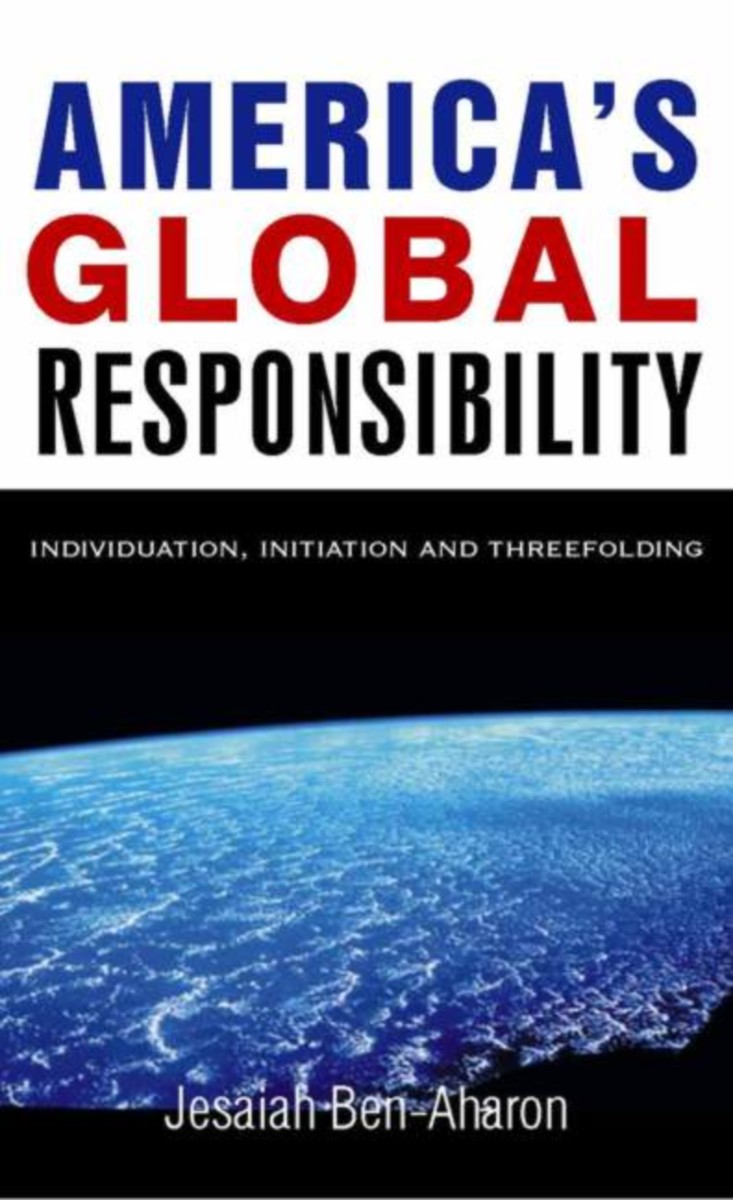 Jesaiah Ben-Aharon recalls the founding vision of the United States and reminds the reader of the obligations inherent in the ideals set forth in the Declaration of Independence. After summarizing current world socioeconomic conditions, the author discusses the dire consequences of ignoring the country’s obligations. He explains how we can stop the harmful effects of globalization while introducing progressive social structures.

Using a concept developed by Rudolf Steiner, Ben-Aharon begins with the human being and an individual’s full actualization—a process that the United States is historically and karmically destined to foster. He explains not only how we arrived at our current situation, but how an understanding of America’s role in the development of global civil society can help us achieve cultural and spiritual freedom, political equality, and economic cooperation in America and the world.

The ideas expressed here have never been more relevant or needed in the world.