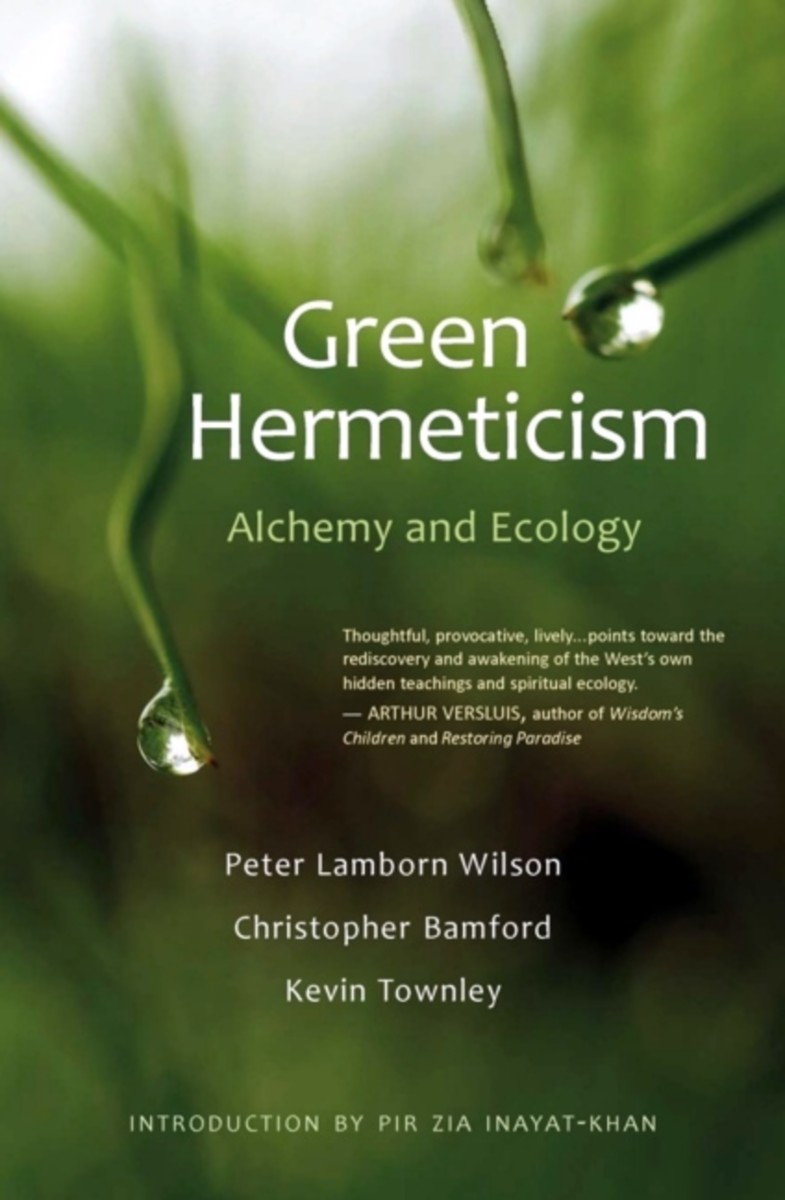 Hermeticism, or alchemy, is the ancient, primordial mystery science of nature through which people in all times and places have, for the sake of world evolution, sought to unite Heaven and Earth—divinity, cosmos, earth, and humanity, as a single whole. Selfless, intimate, dedicated to healing and harmony, Hermeticism has accompanied and sustained every religious epoch and revelation. It may be found in all historical cultures, from the traditions of India and China in the East to the Judeo-Christian West. It could even be said that Hermeticism is the primal cosmological revelation and the common ground of all spiritual traditions.

Nevertheless, in the great revival of mystical, esoteric traditions and practices during the last century, Hermetic tradition—in fact, Nature herself—has been largely ignored. Today, when the Earth seems most under attack, Green Hermeticism is especially appropriate. The book explores not only the ancient Masters’ inner science, but also their science of Nature.

During spring and summer 2006, Pir Zia Khan convened a series of gatherings to begin to unfold the contemporary meaning of ancient, sacred science for our time. Green Hermeticism is a partial record of that meeting. Peter Lamborn Wilson, explores the many ramifications of the alternative worldview offered by Hermeticism; Christopher Bamford provides a broad historical overview of the tradition from the Ancient Mysteries to contemporary manifestations of the alchemical tradition; while Kevin Townley brings a practical dimension to the gathering teaching the preparation of herbal elixirs and demonstrating that cosmology and philosophy can become a truly healing path for the Earth.

Green Hermeticism is necessary reading for anyone seeking a spiritual and cultural path for the healing of the current ecological and cultural crisis.

“Green Hermeticism is a master text, whose authors’ shared vision opens a vast new field of endeavor to view—one, moreover, that could actually assist in preserving the life of our planet.” —David Appelbaum, author of Voice, The Stop, Everyday Spirits, and The Delay of the Heart

“In Alchemy, there is an injunction to quicken, or revive, the dead, which is illustrated by a dead tree growing verdant again. That is exactly what this wonderful and rare work does in awakening human consciousness to its Divine potential and Ultimate Destiny. Art thus helps Nature to achieve its ideal Perfection. The authors must be congratulated for their insightful words. I wholeheartedly recommend reading it again and again, and again.” —Stanislas Klossowski de Rola, author Alchemy: The Secret Art and The Golden Game: Alchemical Engravings of the Seventeenth Century

“Environmental solutions today are largely technical, but the planetary crisis is also a crisis of soul—or better yet, of the Imagination. Too tricky for religion, too poetic for reductionist science, Green Hermeticism reheats a prophetic imagination still in love with the material world—a new alchemy of ancient nature.” —Erik Davis, author, The Visionary State: A Journey through California's Spiritual Landscape

“Just when you felt numb and disenfranchised, thinking the world had become bleak and dead, along comes this rare, much needed book to remind us that there is still some sanity, depth, and creative energy percolating up from the heart of Reality. Thank God (and the Goddess Nature) for this smart and inspiring breath of fresh air! Green Hermeticism is where the wasteland ends—and where the world becomes re-enchanted with genuine living thought that goes beyond superficialities. It’s a rare pleasure to be in the presence of living minds who actually know something wonderful and have not been deadened by the opiates of capital or the tenure track. Very highly recommended.” —David Fideler,publisher (Phanes Press) editor (Alexandria), author of Jesus Christ, Sun of God and translator of Love’s Alchemy: Poems from the Sufi Tradition (with Sabrineh Fideler)

“The publication of Green Hermeticism has the sense we so rarely get, of a genuine moment in cultural history. It is not just the eloquence of its authors' knowledge and arguments or that they are showing us, once again, the depth and range and beauty of alchemy, and the Hermetic tradition, and what Peter Lamborn Wilson calls Romantic Science. Nor is it even the links they establish between the Hermetic tradition and ecology, and the value of a science that perceives the world as alive rather than a machine. What makes this work significant is the sense that it shows us how we can use these ideas and knowledge to create a genuine counter to destruction and despair, an alchemy of our politics as well as of our spirit.” —Rachel Pollack, author of 78 Degrees of Wisdom: A Book of Tarot

“Green Hermeticism reminds us that the art of the Great Work is to enter more deeply into the dynamic and practical wisdom of the universe, which is our laboratory, where work and prayer combine. When we engage with the All, we know ourselves to be one kindred with all in the viriditas—God’s greening power—where body, soul, and spirit honor each other.” —Caitlín & John Matthews, authors of Walkers Between the Worlds: The Western Mysteries from Shaman to Magus

1. The Disciples at Saïs: A Sacred Theory of Earth
by Peter Lamborn Wilson

2. One the All: Alchemy as Sacred Ecology
by Christopher Bamford

4. Quilting Green Hermeticism, a Tissue of Texts and Tracings
by Christopher Bamford

5. The Manufacture and Use of Planetary Tinctures
by Kevin Townley

Peter Lamborn Wilson (b.1945) is a scholar of Sufism and Western Hermeticism and (under the pseudonym “Akim Bey”) a well-known radical-anarchist social thinker. His books include Sacred Drift: Essays on the Margins of Islam (City Lights, 1993) and Escape from the Nineteenth Century and Other Essays (Autonomedia, 1998).

Kevin Townley has been a lifelong student of Western Hermeticism. Early on in his studies, he was drawn to the writings of Dr. Paul Foster Case and has been a member of the Builders of the Adytum (B.O.T.A.) for eleven years. Kevin is currently the Vice President of LPN- USA, an esoteric organization dedicated to the study and practice of Qabalah and Laboratory Alchemy. His studies have led him around the world seeking original Rosicrucian and alchemical texts, as well as individuals who practice this royal art. He is the author of The Cube of Space: Container of Creation (Archive Press, 1993) and Meditations on the Cube of Space (Archer Books, 2002).