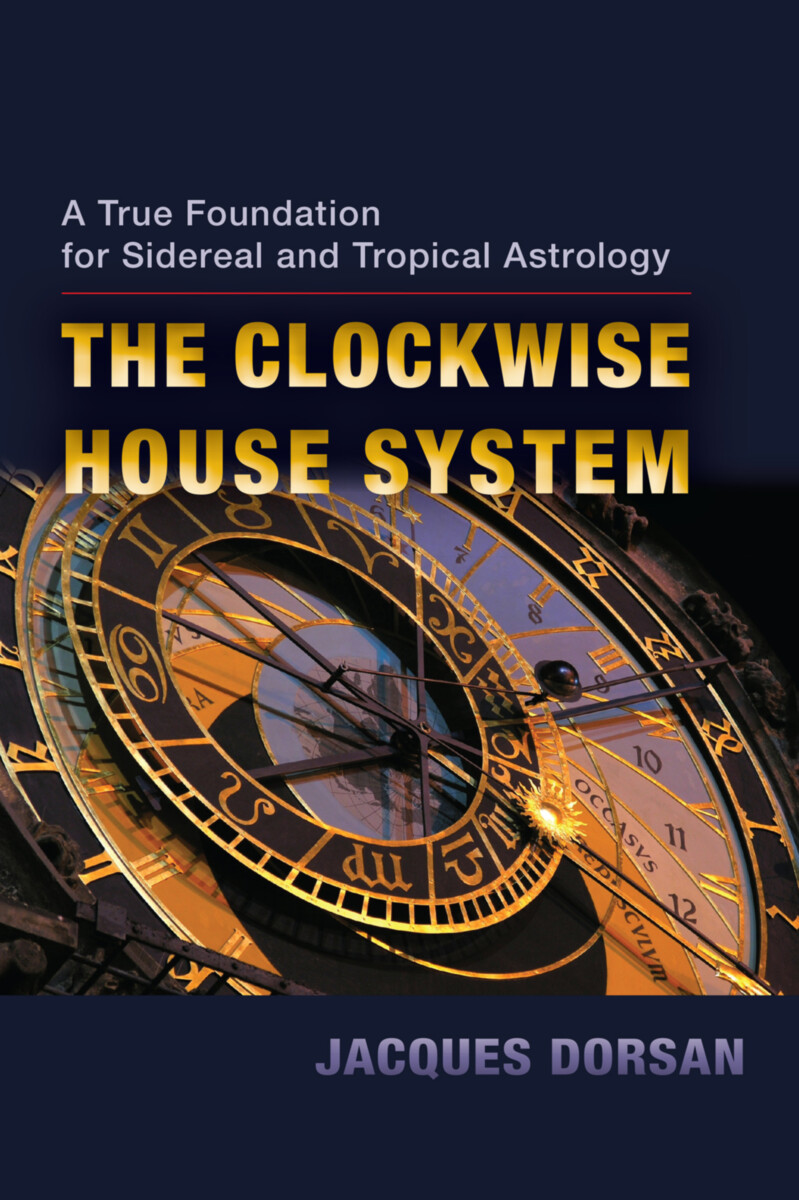 Jacques Dorsan was the leading pioneer of sidereal astrology in France. Using more than eighty sidereal horoscopes, this book illustrates Dorsan’s clockwise house system. Most of the charts are from the original French edition, with many more added in this edition. The book embodies one of the most important astrological discoveries of twentieth and twenty-first centuries. Astrology normally views the twelve houses in astrology in a counterclockwise direction, the direction of the zodiac signs. According to Jacques Dorsan, however, we should view them in a clockwise direction.

Traditionally, Western astrologers have interpreted the houses as though they rotate in the same, counterclockwise direction as the zodiac signs. According to Jacques Dorsan, however, the houses are enumerated in a clockwise direction, following the daily diurnal motion of the Sun, for example. By using the clockwise house system together with the sidereal zodiac, everything suddenly falls into place astrologically when looking at a horoscope. This key unlocks the mystery of the horoscope. Thanks to Jacques Dorsan, we finally have access to a true form of astrology—based on the sidereal zodiac and utilizing the clockwise house system—enabling a giant leap forward in the practice of astrology. It allows us to recover the original astrology. This is possible today because of Rudolf Steiner’s indications, as well as the research of the French statistician Michel Gauquelin, who investigated hundreds of thousands of horoscopes and confirmed that the astrological houses run in a clockwise direction.

This English translation includes more than eighty charts, both those in the Jacques Dorsan's original work in French and more added by the editor of this edition. The clockwise house system is applied in this book using sidereal horoscopes. It can just as easily be applied using tropical horoscopes.

The Clockwise House System is an invaluable addition to the literature of modern astrology, allowing open-minded readers a unique and profound look at the new and limitless possibilities of this powerful tool of spiritual growth and understanding.

Index of Charts
Preface to the English Edition
Editor’s Introduction

1: Introduction
2: Cosmography
3: History
4: The Four Quadrants
5: Octuple Division
6: Analogy
7: Statistics
8: The Meanings of the Twelve Houses
9 The Ten Planets in the Houses
10: Illustrations of the Theory
11: Observations and Miscellaneous Applications
12: Paradoxes Corrected