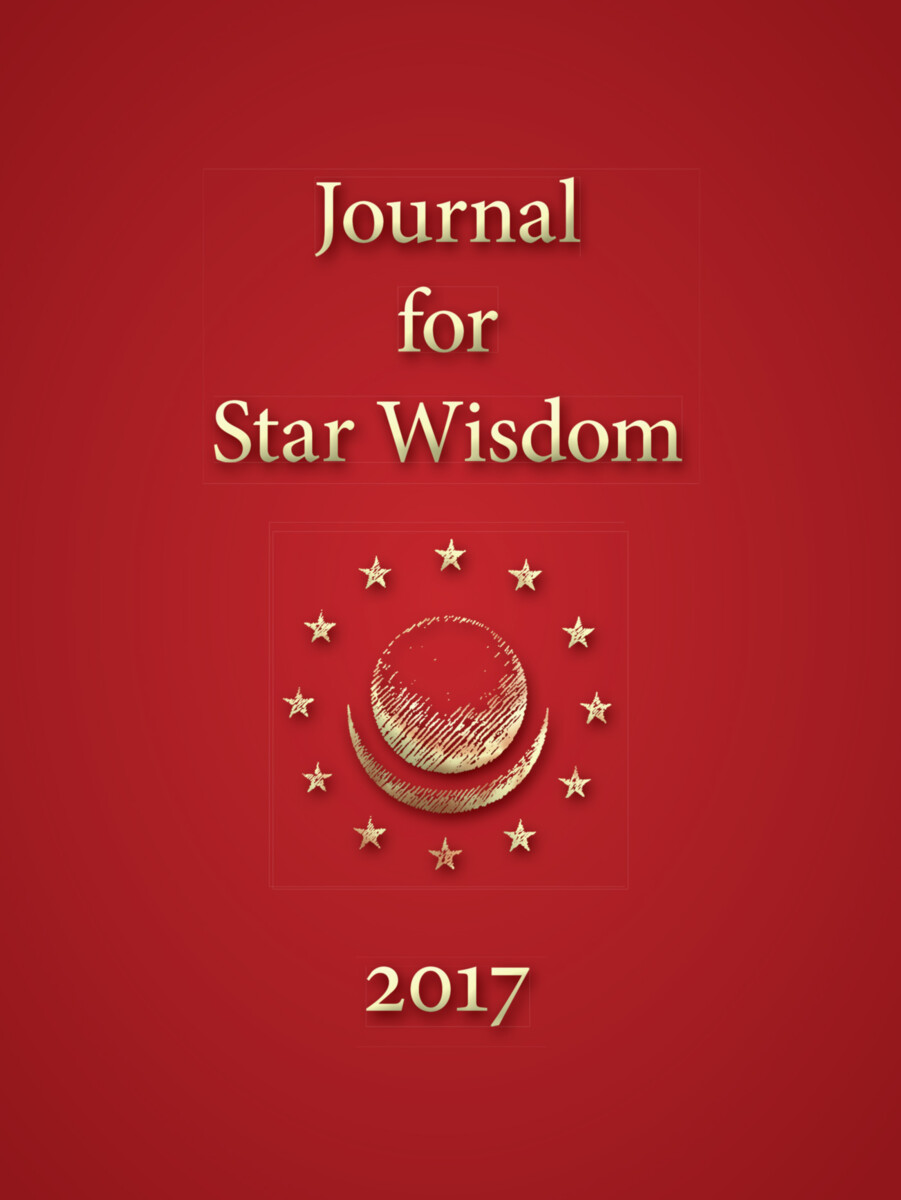 Journal for Star Wisdom 2017 includes articles of interest concerning star wisdom (Astrosophy), as well as a guide to the correspondences between stellar configurations during the life of Christ and those of today. This guide comprises a complete sidereal ephemeris and aspectarian, geocentric and heliocentric, for each day throughout the year. Published yearly, new editions are available beginning in October or November for the coming new year.

According to Rudolf Steiner, every step taken by Christ during his ministry between his baptism in the Jordan and the Resurrection was in harmony with—and an expression of—the cosmos. Journal for Star Wisdom is concerned with these heavenly correspondences during the life of Christ. It is intended to help provide a foundation for cosmic Christianity, the cosmic dimension of Christianity. It is this dimension that has been missing from Christianity in its two-thousand-year history. Readers can begin on this path by contemplating the movements of the Sun, Moon, and planets against the background of the zodiacal constellations (sidereal signs) today in relation to corresponding stellar events during the life of Christ. In this way, the possibility is opened for attuning, in a living way, to the life of Christ in the etheric cosmos.

This year’s journal begins with Robert Powell’s article on the Jupiter rhythm underlying Christ’s descent through the Earth’s subearthly spheres, opening the path to Shambhala, the new paradise. Next is an article by Estelle Isaacson on the Earth Mother indwelling the golden realm of Shambhala, the heart of Mother Earth. Claudia McLaren Lainson’s first article is “The Sun Chronicle in the Life of Jesus Christ,” followed by “The Sabbath Door: The Truth Shall Set Us Free.” Nicholas Kollerstrom contributed an article on the chart of the Resurrection of Jesus Christ—to which Robert Powell added an addendum. Julie Humphreys’ article is “Awaking to the Ideals of Truth,” taking fresh approaches to the theme of truth addressed by Claudia McLaren Lainson, whose third is “The Sphere of Mars and Gautama’s Heavenly Deed.” Estelle Isaacson’s second article, “The Archangel Michael and the Double of Humanity,” follows. Claudia McLaren Lainson contributed the article “Behold, We are to Make all Things New” to introduce her monthly commentaries for 2017.

The monthly commentaries are supported by monthly astronomical previews by Claudia McLaren Lainson, offering opportunities to observe and experience the stellar configurations physically during 2017. Direct interaction between us on Earth and the heavenly beings of the stars develops our capacity to receive their wisdom-filled teachings.