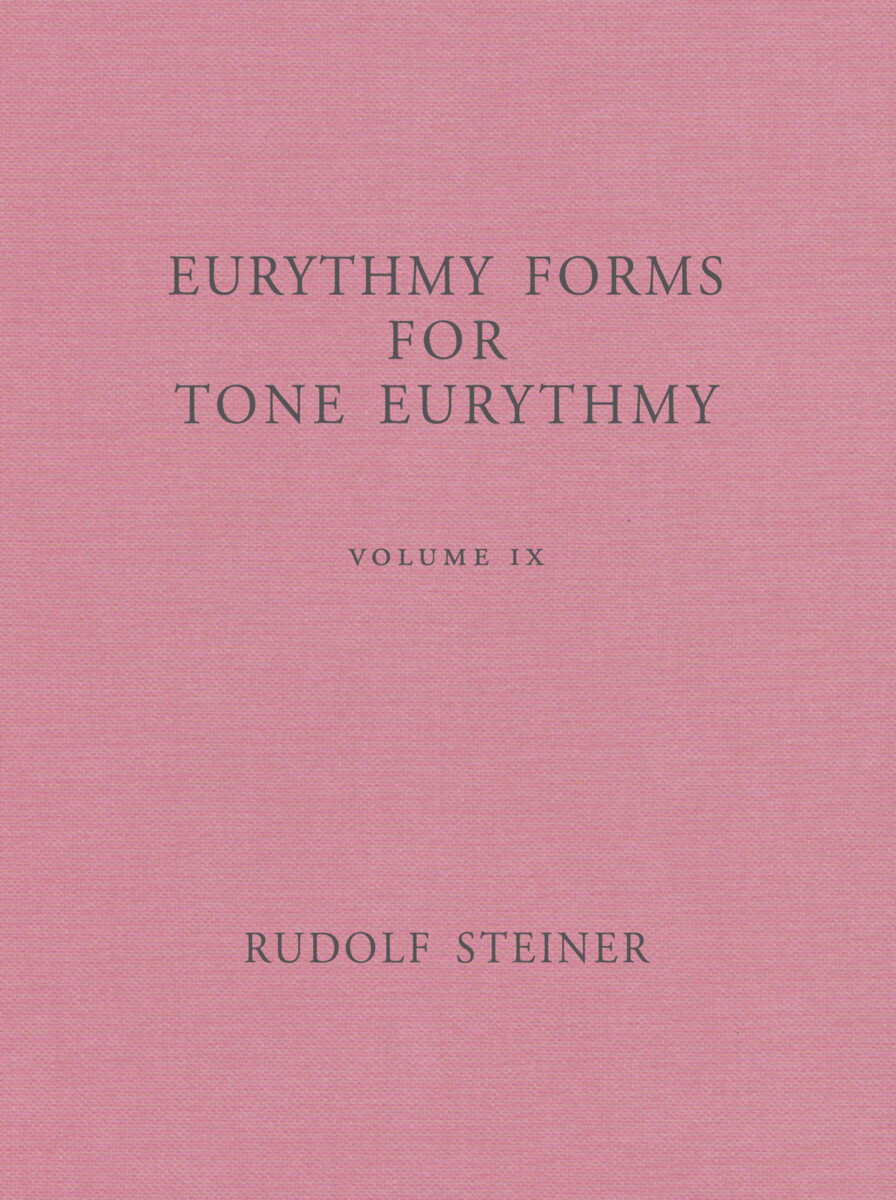 The art of movement called eurythmy began about eighty years ago, based on Rudolf Steiner’s knowledge of spiritual beings and meanings behind various human movements, as well as knowledge of the inner spiritual qualities of human beings when we move.

Eurythmy performance is choreographed according to “forms” drawn to reflect the inner nature of spoken language (speech eurythmy) or a musical piece (tone eurythmy), which is the subject of Eurythmy Forms for Tone Eurythmy.

Steiner produced about 1500 forms for speech and tone eurythmy to be performed in Dornach and other locations. Many of his forms for tone eurythmy arose spontaneously in response to requests for forms from eurythmists. Steiner's spontaneity is readily apparent in the sketches themselves, with some drawn at rehearsals as he listened to the music. Steiner sketched others in the evening after hearing the music once, making them available for rehearsal the next day. When he was confined to bed during his final illness, he drew forms simply by looking at the sheet music.

Eurythmy Forms for Tone Eurythmy contains facsimiles of the Rudolf Steiner’s original drawings and, in many cases, instructions for performing them. Included are forms for compositions by Bach, Beethoven, Brahms, Chopin, Franck, Grieg, Handel, Lewerenz, Liszt, Mozart, Reger, Schubert, Schumann, Scriabin, van Stuten, Tartini, and many more. This is a valuable resource for all eurythmists, as well as for those who wish to gain a better understanding of eurythmy forms.

This book is intended primarily for eurythmy students, performers, and teachers, and is also useful to anyone who would like to study eurythmy movements and better appreciate eurythmy performances.

Everyday Eurythmy
Exercises to Calm, Strengthen, and Centre: A Workbook for Daily Practice