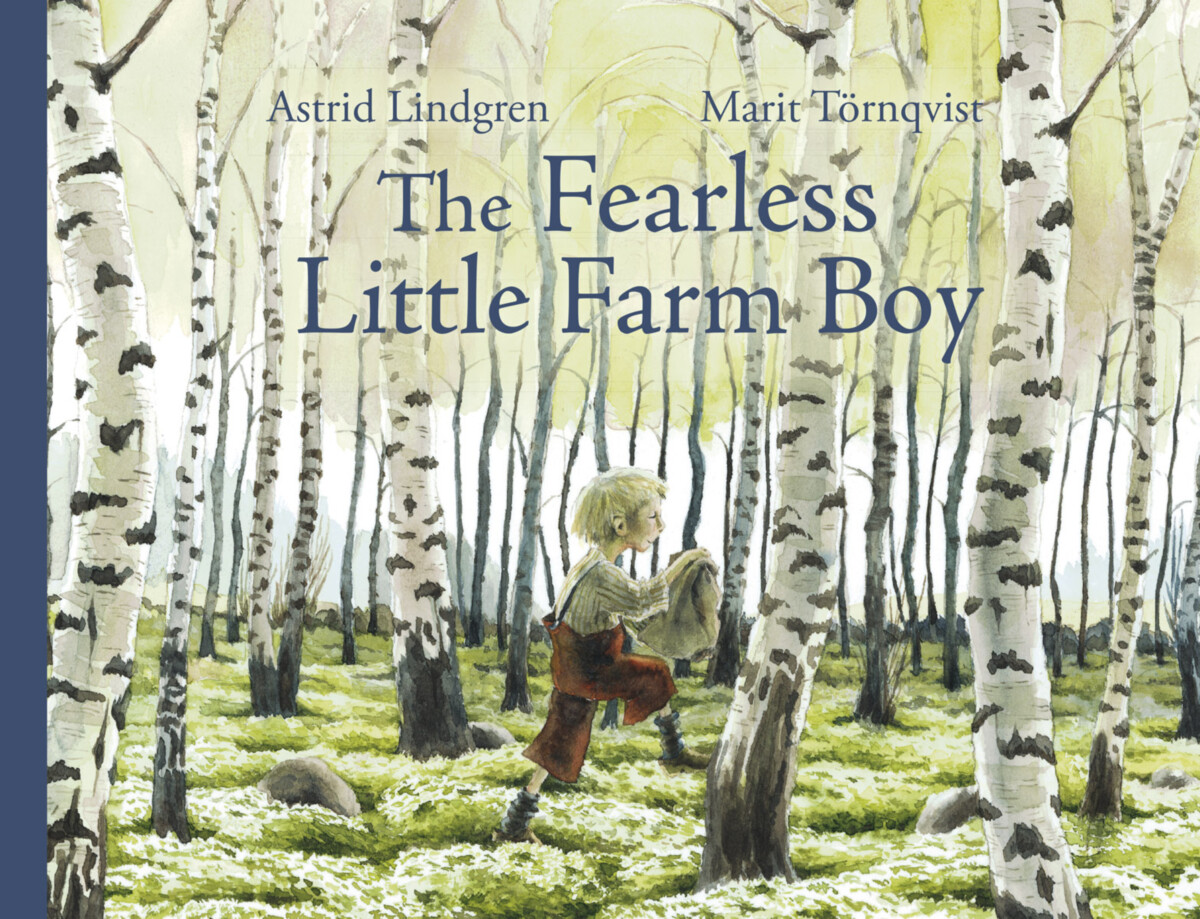 One beautiful spring day in Sweden, Goran the bull charges furiously out of his stall and into the farmyard. People gather from miles around to see the angry bull, but no one can calm him down. Then Karl, the farm boy, has a brave idea. Can the little boy save the day?

A charming, traditional story from Astrid Lindgren, bestselling author of Pippi Longstocking, with illustrations from acclaimed Swedish artist Marit Törnqvist. Her delicate depictions of wooden houses, characterful villagers and silver birch trees wonderfully evoke the spirit of a Swedish farm from long ago.

This book is a new and retitled edition of Goran’s Great Escape.

“Lindgren’s affection for Karl warms the tale of his heroism.”—Kirkus Reviews

“The charm and success of this traditional tale lie in Lindgren’s masterful storytelling. Törnqvist’s delicate, expressive watercolors accentuate the personalities of the farm folk and add suspense to Goran’s plight. The artist’s clever use of the endpapers to show a line of villagers looking apprehensively toward the story beckons readers just as effectively as Lindgren’s words. The message that simple kindness is often an act of extraordinary bravery makes this a must for most collections.” —School Library Journal

“Children will delight in the story of how one Easter Day, Goran the bull broke free in an angry rampage only to be tamed by Karl, a seven-year-old boy.” —Creative Steps

“A low key story, in contrast to the lively style of many current picture books, Goran’s Great Escape invites the reader in (“Let’s find out what happened”) and asks to be shared by child and adult.... The watercolor illustrations have a cool Nordic feel, capturing a time and place that is past but not dated. The landscape format of the pages is well used with events strung over double-page spreads in some instances and in others vignettes on the verso point to what is happening in a larger illustration on the recto. Delightful.” —Valerie Coghlan, Books for Keeps

“The delightful illustrations make you feel as if you were actually there!” —Tammy Dolling

“Illustrations, in translucent water-based paints in earthly hues, are masterly. “The design of the layout, with the necessity to integrate a long text with the images, is exemplary.” —Jane Doonan, School Librarian

A Year in Our New Garden
OR