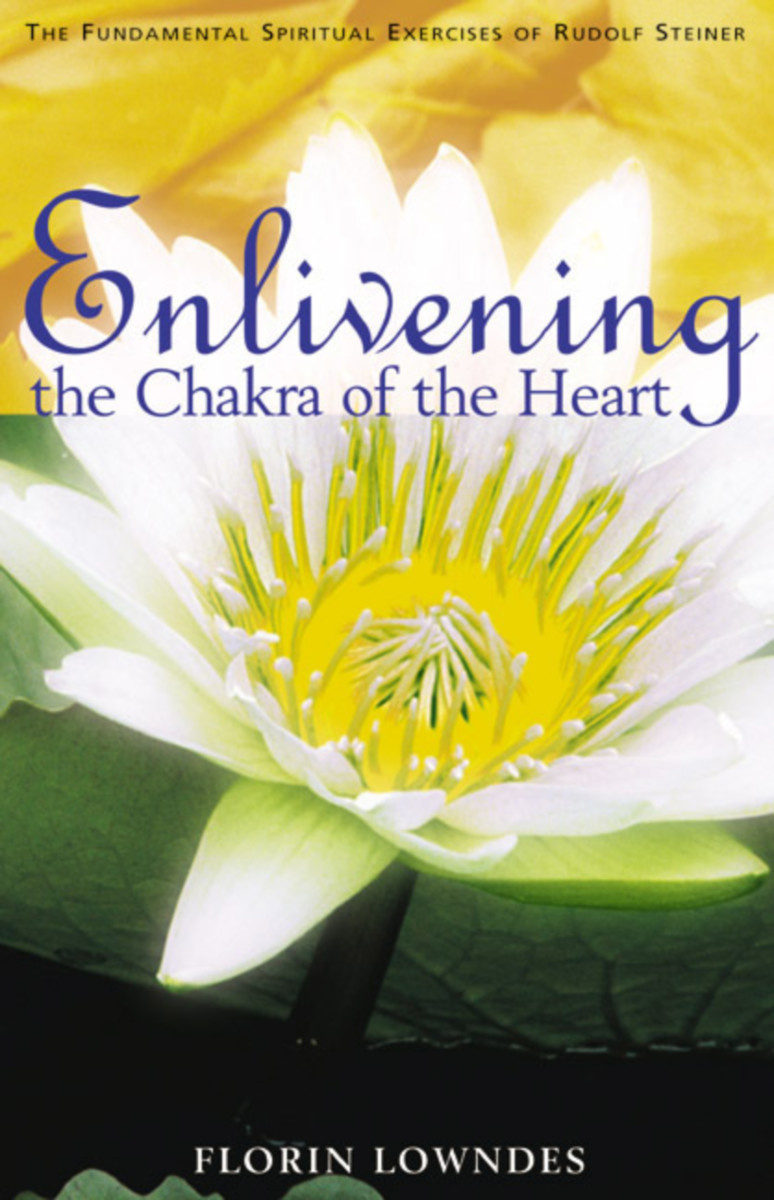 Enlivening the Chakra of the Heart

“We can find an authentic modern way of working on the chakras in the exercises created by Rudolf Steiner, who, on the basis of a new kind of thinking process, recast certain yoga exercises in a form consistent with the modern and even future stages of (spiritual) development. In this way he fulfilled a small and little known branch of yoga meditative practice, the Gayatri-Sadhana, the goal of which was prophetic, for it was focused on the reversed Kundalini (awakening the energy of all seven chakras from top down instead of the usual upward method) in a way that had become possible only at this much later historical time.” (from the preface)

Whereas meditation is the foundation of any spiritual path of development, the seer and teacher Rudolf Steiner advised that specific “accompanying,” or “fundamental,” spiritual exercises should always be practiced in conjunction with it in order to protect the individual from dangers posed to normal consciousness by meditation practice.

These exercises offer such protection by helping to develop inner certainty and strength. This is achieved, for example, through the first exercise by concentrating and intensifying the powers of thinking, through the second by developing control of one’s volition, through the third by mastering the outer expressions of the feeling life, and so on.

Florin Lowndes describes the fundamental exercises in thorough detail, giving suggestions as to how they can be practiced. He also relates an important and hidden aspect—that the exercises embody a means for developing and strengthening organic and “living” thinking, which is intimately related to enlivening a new organ of perception—the heart chakra, or “lotus.”

In this popular guidebook, Lowndes sheds new light on many aspects of this subject and offers encouragement and stimulus to those looking for a modern path of spiritual development.

Part One: The Chakras

Overview
The Six Positions
The Six Gestures
The Heart Exercise

FLORIN LOWNDES was born in Romania in 1938 and graduated from the Institute for Fine Arts in Bukarest. After escaping the Communist regime there and moving to the United States, he became known internationally for his architecture-related art. Since moving to Germany, he has become known as a free thinker, writer, and lecturer. He has taught college-level courses and in Waldorf schools and has studied anthroposophy since 1971. Mr. Lowndes has written for numerous journals and, with George and Gisela O'Neil, coauthored The Human Life. He founded the Center of Heart-Thinking in Boston and leads training seminars in the U.S. and Europe.

The Mystery of the Heart
The Sacramental Physiology of the Heart in Aristotle, Thomas Aqinas, and Rudolf Steiner