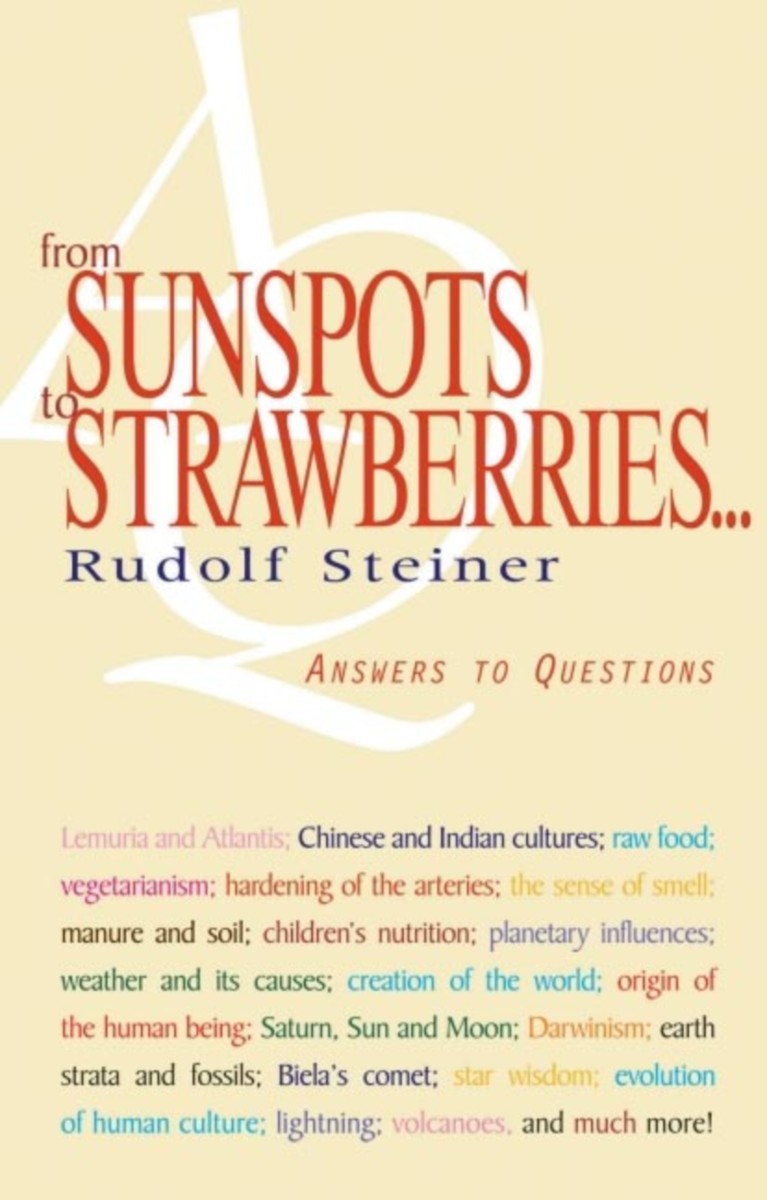 From Sunspots to Strawberries . . .

The remarkable discussions in this volume took place between Rudolf Steiner and workers at the first Goetheanum in Dornach, Switzerland. At Rudolf Steiner's instigation, the varied subjects were chosen by his audience. He took their questions and usually gave immediate answers. The astonishing nature of these responses—their insight, knowledge, and spiritual depth—is testimony to Steiner's outstanding ability as a spiritual initiate and profound thinker. Accessible, entertaining and stimulating, the records of these sessions will be a delight to anyone with an open mind.

Here, Steiner discusses Lemuria and Atlantis; vegetarianism; children’s nutrition; manure and soil; hardening of the arteries; the sense of smell; weather and its causes; origin of the human being; Darwinism; earth strata and fossils; Biela’s comet; lightning; volcanoes; and much more.