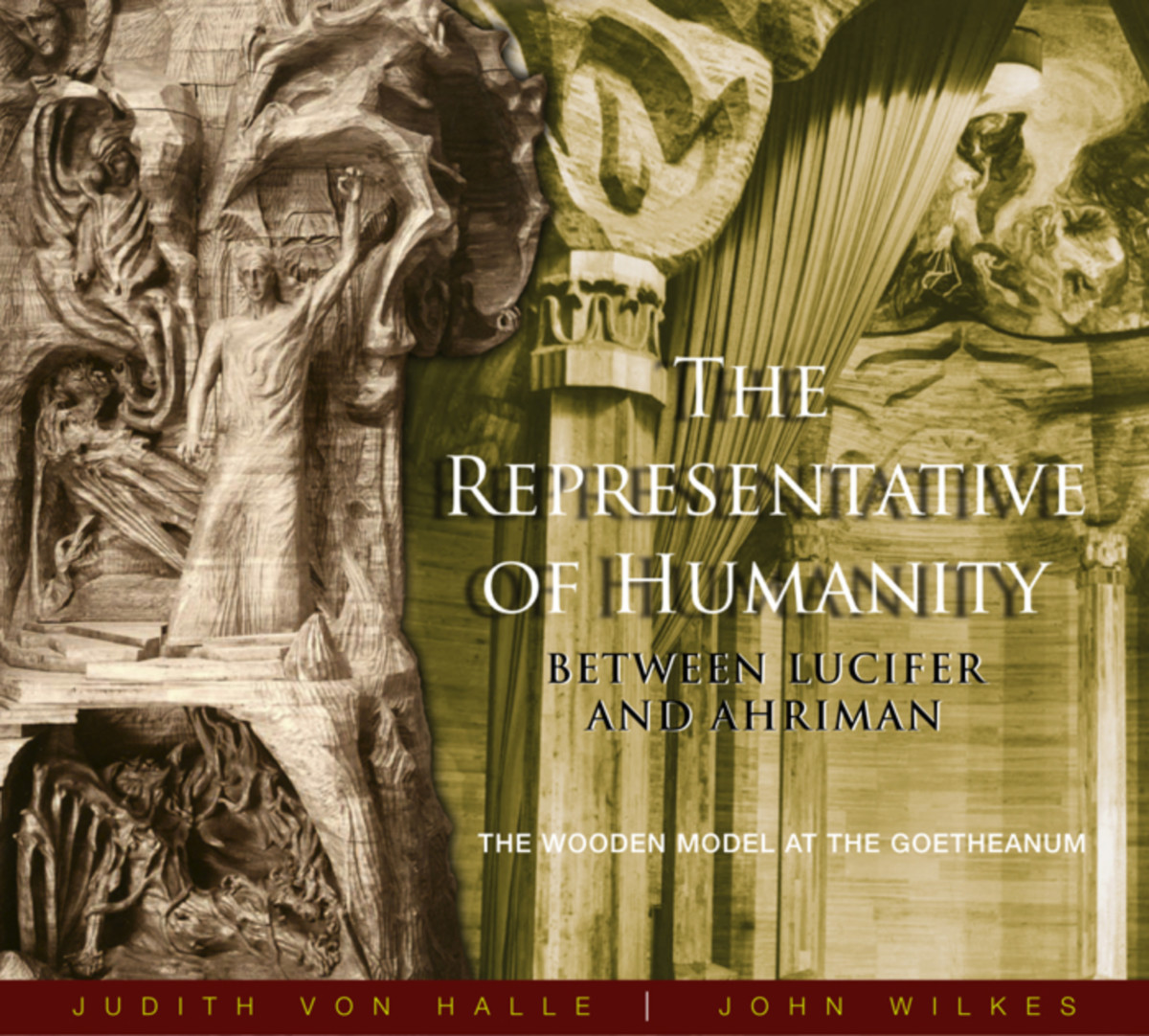 In conceiving his architectural masterpiece—the Goetheanum in Dornach, Switzerland—Rudolf Steiner designed a large wooden model, featuring three main figures, to be placed in a central position in the building. Known as The Representative of Humanity, the sculpture shows Christ in the center, standing and holding a balance between the beings of Lucifer and Ahriman, who represent polar tendencies of expansion and contraction. On New Year's Eve 1922, the Goetheanum was destroyed by fire, but the model—still in the process of being sculpted and housed in an external studio—escaped the flames. It remains intact in the second Goetheanum, where the public may view it.

With numerous full-color photos and illustrations, this book offers a vivid introduction to this monumental, historic artwork. We follow the evolution of the statue through the photographic documentation of many models created during its development, from six smaller versions to a full-size model, which is also still on display. The authors offer impressive insights into the artists’ detailed intentions, which were repeatedly revised by Rudolf Steiner. The book demonstrates the continual spiritual movement evident in the whole series of small models, and the metamorphic processes that developed over an eight-year period.

The Representative of Humanity offers indications about the realm and content from which the statue arose, the environment in which it is situated, and the artists who created it—Rudolf Steiner and the sculptor Edith Maryon. They also examine the intentions behind this work of art, which addresses the destiny of humankind.

John Wilkes studied sculpture at the Royal College of Art. While in London he met George Adams, a mathematician and scientist, and Theodor Schwenk, a pioneer in water research and author of Sensitive Chaos. Wilkes joined the Institute for Flow Sciences in Herrischried, Germany, where he began investigations into the flow and rhythm of water, which would eventually result in the development of flowforms. During this period, he also worked at the Goetheanum in Switzerland, where he researched and restored Rudolf Steiner's sculptural and architectural models. In 1971, he joined Emerson College in Forest Row, UK, and became Director of the Virbela Rhythm Research Institute. John Wilkes passed away in 2011.