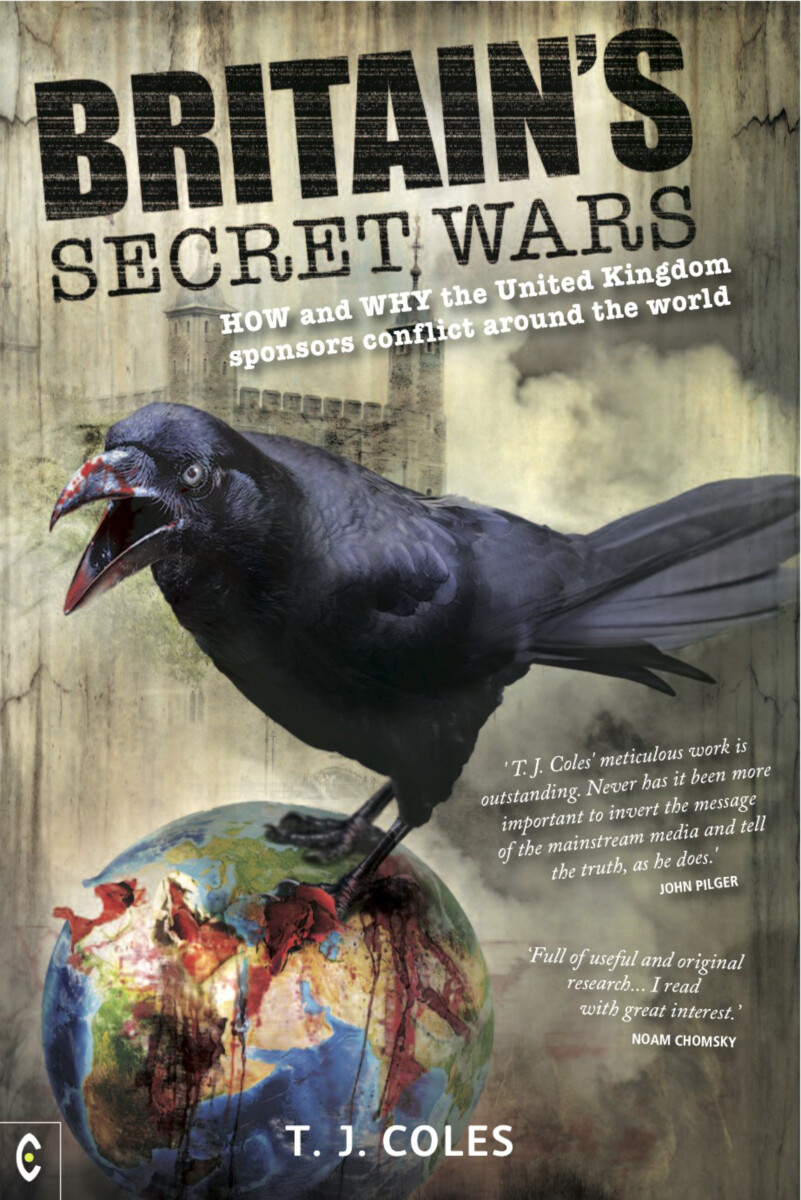 How and Why the United Kingdom Sponsors Conflict around the World

In a devastating analysis, T. J. Coles reveals the true extent of Britain’s covert foreign policy that supports war, conflict, and oppression around the world. Unbeknownst to the broad population, the Shadow State sponsors a new world order that allies Britain with America’s quest for global power, or what the Pentagon calls Full Spectrum Dominance. Coles documents how British operatives have interfered in Syria, Libya, Iraq, Iran, and Yemen with the aim of deposing unwanted regimes. In doing so, they have helped create extensive terrorist networks across the Middle East, reviving previously failing Jihadist groups such as ISIL, which has now transformed into an international terror franchise.

In addition to waging clandestine wars in the Middle East, the secret services have used the military to run drugs by proxy in Colombia, train death squads in Bangladesh, and support instability in Ukraine, where NATO’s strategic encroachment on Russia is drawing the world closer to a terminal nuclear confrontation. Coles unearths Britain’s involvement in the recent ethnic cleansing of Tamil civilians by the Sri Lankan government, the invasion of Somalia by Somali and Ethiopian warlords, and Indonesia’s atrocities in Papua. He also exposes the extensive use of drones for murder and intimidation across the Middle East and elsewhere.

Britain’s Secret Wars is essential reading for anyone who wants to dig beneath the surface of current events.