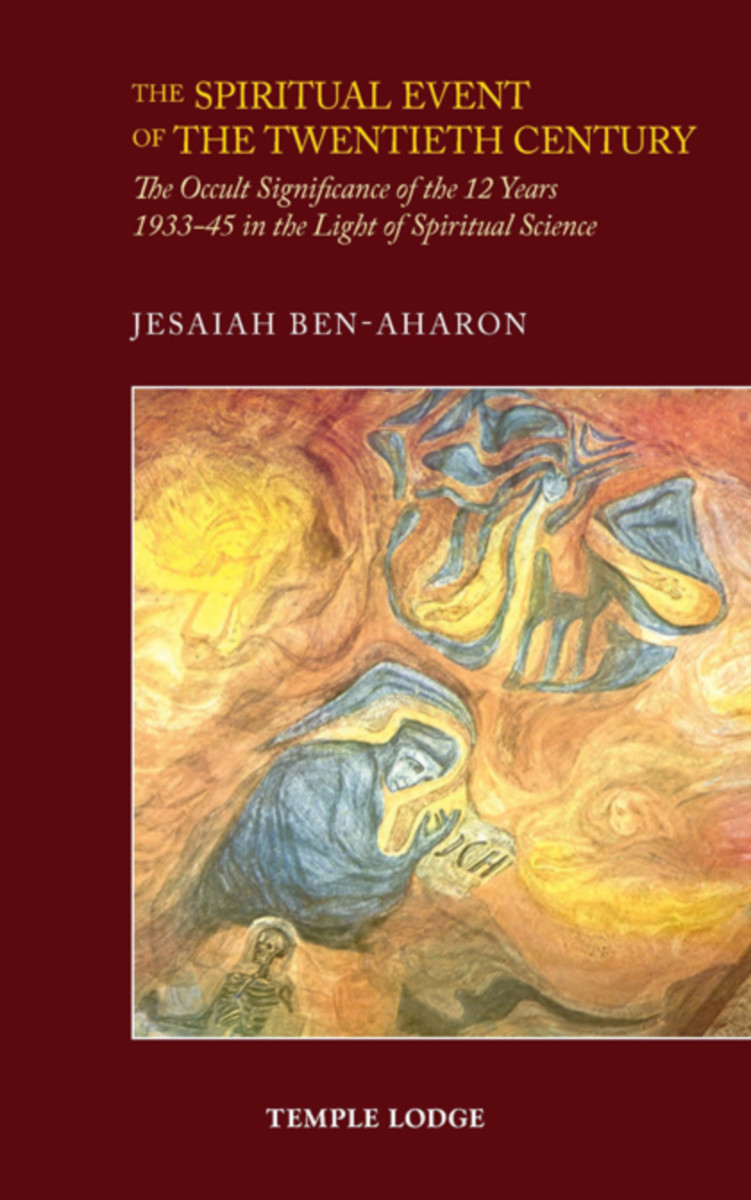 The Spiritual Event of the Twentieth Century

An Imagination: The Occult Significance of the 12 Years 1933-45 in the Light of Spiritual Science

“There, we are already [at the end of the twentieth century] after the ‘appearance of the Sun’ that has to take place in the etheric Imagination for earthly life. The Christ will appear for the Earth when almost everyone has abandoned Him; When all that mankind knows of Him is His name.” (Helmuth von Moltke, through Rudolf Steiner)

Utilizing spiritual-scientific research methods, Jesaiah Ben-Aharon gives an astonishing first-hand testimony of Rudolf Steiner's declarations regarding the new Christ Revelation, and offers his own findings on the Spiritual Event of the Twentieth Century. Based on occult Imaginative consciousness, he gives a unique account of events which took place in the spiritual world during the war and turmoil on earth in the period 1933-45. His words have a particular significance for an understanding of the work of the grouping of souls which the seer and spiritual teacher Rudolf Steiner called the "Michael School."

Through coming to a fully conscious comprehension of the spiritual event of the twentieth century, the author asserts, we may gain the courage needed to renew and enliven the spiritual science of Anthroposophy as "the universal human language of our age."

Foreword to the Second Edition
Introduction

1. Anthroposophy as the Living Language of the Present
2. New Soul Faculties: Rudolf Steiner’s Indications
3. The Imagination of the Century’s Event
4. The Rebirth of Anthroposophy
5. Revelation between Supersensible and Physical Events of 1933–45