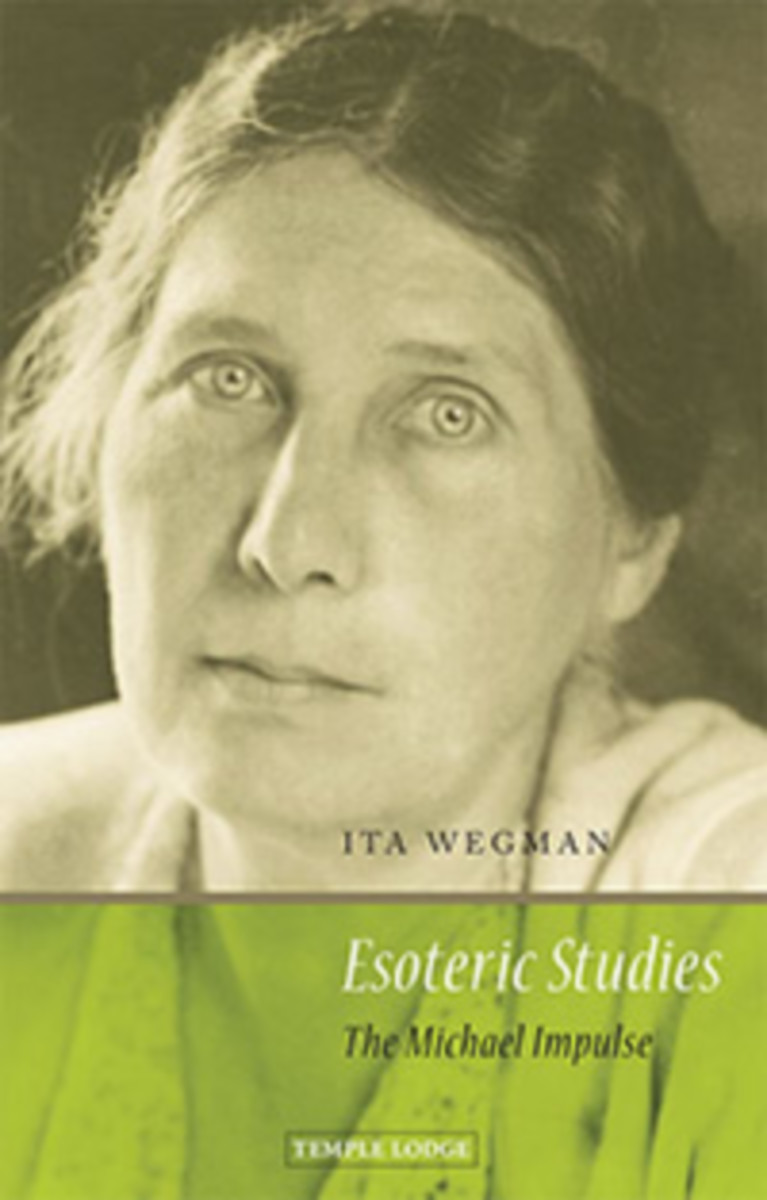 “May all those who have the strength and courage, not only to bring the Michael-thought to manifestation in their souls but to make it living in their deeds, become true servants of Michael and bring about his victory, and thus lead mankind over the great crisis with which it is now confronted.” — Ita Wegman

Following the death of Rudolf Steiner in 1925, Ita Wegman—one of his closest esoteric students—began to publish regular letters to the members of the Anthroposophical Society. As Steiner had done, her letters were appended with “leading thoughts” (guiding principles). Esoteric Studies collects many of those “letters to friends,” along with articles, reports, and addresses by Ita Wegman on subjects such as the Christmas Foundation Conference, the Goetheanum building. and the festival of Michaelmas.

Featuring an informative foreword by Crispian Villeneuve and a commemorative study by George Adams, this book provides an excellent introduction to the work of Ita Wegman, as well as a rousing call for courage and wakefulness in the spirit of the Archangel Michael.

“After Rudolf Steiner's death, [Ita Wegman] remained filled with the great impulses of the Christmas Foundation Meeting—impulses, hopes, also anxieties on behalf of mankind, which he had shared with her in many an intimate conversation." — George Adams (on Ita Wegman)