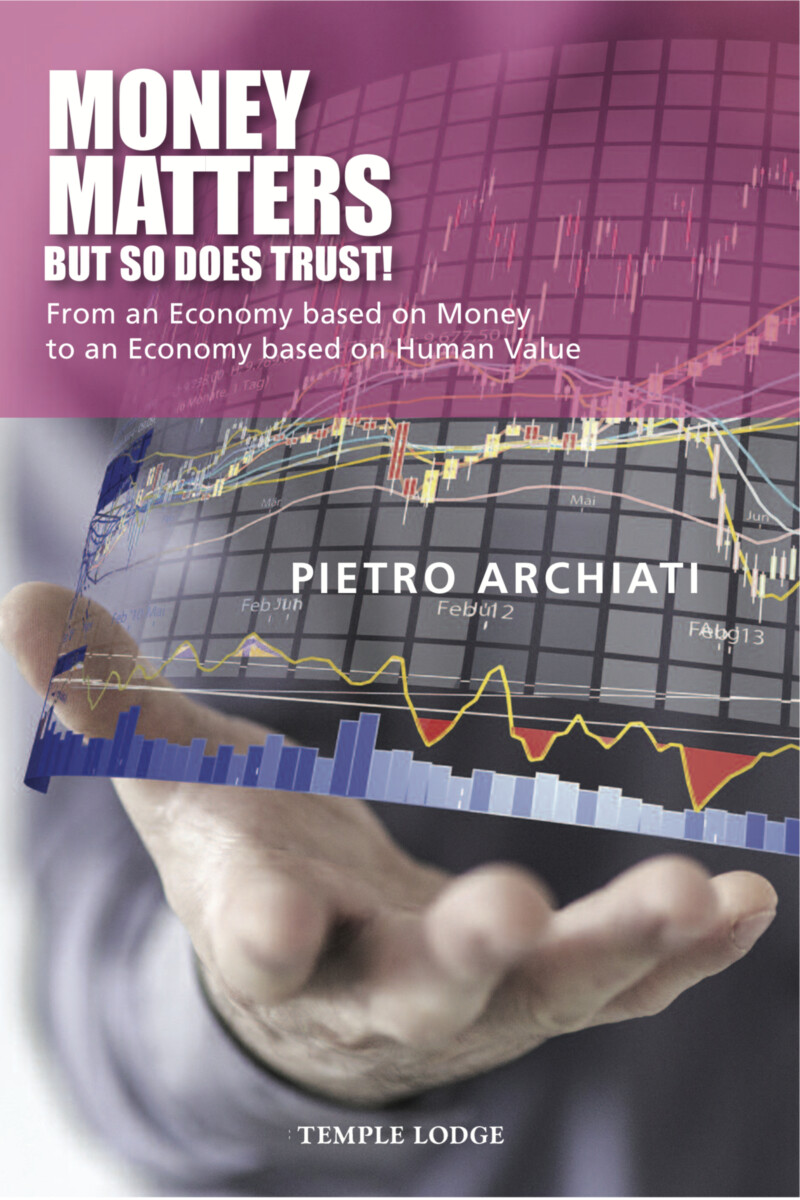 The financial crisis of 2008 ignited a general psychology of fear. This crisis of confidence was not just a crisis of capitalism, argues the author, but a crisis of materialism – the one-sided fixation on material prosperity. Tackling real questions relating to personal finances, savings, work, individual creativity and talent, Archiati offers a multitude of stimulating thoughts and new ideas. The alternative to fear around money, he says, is the joy of being constructively busy. It makes a person happy to be able to express their individual talents and abilities – and it also benefits society!

Archiati explains that the key to Rudolf Steiner’s thinking on economics is the notion that our work should be separate from the income we receive. So long as we work only to get paid, we are working for ourselves, which is economically unproductive. Saving out of fear for the future in an exaggerated way is an outcome of such a system. However, if people were to receive enough money for them to lead a dignified life, independent of their role in society, attitudes would change. But this would call for a revolution in our culture and for human beings to be seen as more important than money.

This book is based on transcripts of a seminar whose participants were mostly not economic experts. The text retains the liveliness of verbal communication, as well as the original questions posed by the participants.

PIETRO ARCHIATI studied Theology and Philosophy in Rome and Munich. He worked in Laos as a teacher during the Vietnam War, and later as a missionary in New York. In 1977, while a hermit on Lake Como he discovered Anthroposophy, which became his lifelong passion. He later worked as a lecturer in a priest seminary in South Africa. Since 1987, he has been a freelance speaker and writer (his books include Spiritual Science in the Third Millennium and The Great Religions. He also runs a compan, with Monika Grimm that publishes key texts by Rudolf Steiner in the original German.