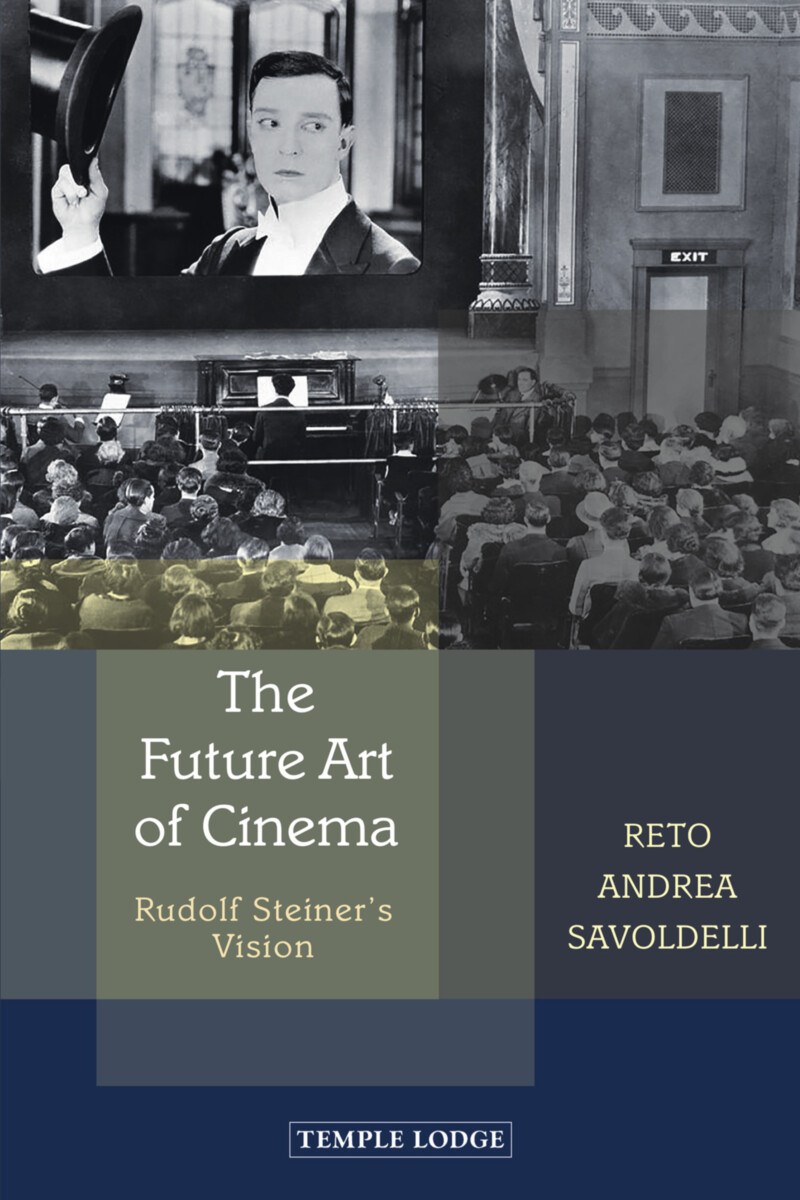 The Future Art of Cinema

From Joseph Vogelsang and his mysterious peep-box to Hollywood blockbusters and Netflix, Reto Andrea Savoldelli’s survey of cinema and film is based on practical experience (he was once the enfant terribleof Swiss cinema) and years of contemplation and study. He examines the difference between film as the “hypnotic monster” mentioned by the Italian director Pier Paolo Pasolini, and the art of film to which Rudolf Steiner aspired. The author discusses the historical development of cinema from its origins, focusing particularly on science fiction (from Star Wars to The Matrix) and influential filmmakers such as Eric Rohmer, Andrei Tarkovsky, and Pasolini.

As a scholar of Anthroposophy, Savoldelli provides a comprehensive assessment of Rudolf Steiner’s attitude toward film. In addition to frequenting the silent cinema of his time, Steiner commented several times on the newly introduced artform in lectures, letters, and private discussions. The author examines and interprets those statements and complements them with commentary on Steiner’s attempt to produce a film on the theme of reincarnation and karma, as well as his explorations with Jan Stuten of “light-show art.”

Other topics in this penetrating study include:

• Basic philosophical perspectives during the beginning of media studies;
• Steiner’s warnings about a technocratic form of civilization that will destroy humanity;
• Nostalgia for the art-house cinema that emerged in the ’60s;
• The proposed film based on Rudolf Steiner’s Fifth Gospel.

Anyone interested in the cinematic arts will find a treasure of stimulating ideas and new thought in this unique book.

Reto Andrea Savoldelli was born in Solothurn, Switzerland in 1949. He is a director and actor, best known for his films Stella da Falla (1972) and Lydia (1969). In his early years he was celebrated as a top talent of auteur film, having been commissioned by Swiss television to make a film (Lydia, for which he had written the screenplay. At the age of twenty-two, his film Stella da Falla was the official Swiss entry to the Locarno Film Festival. He trained in Eurythmy under Elena Zuccoli at the Goetheanum in Dornach, Swizerland. From 1981, he developed Gideon Spicker Verlag, where he was responsible for publishing Herbert Witzenmann’s writings. Today he heads Das Seminar–Sozialästhetische Schulungsstätte, in Basel, founded by Witzenmann in 1973. Having co-founded the Solothurn Steiner school, he later taught seven different subjects in the Basel public school. He is the father of three daughters.