John Bauer (1882–1918) was a highly acclaimed Swedish artist. Influenced by Anders Zorn and Carl Larsson, as well as the fantasy work of Arnold Bocklin, he started illustrating fairy stories while still a student at the Swedish Royal Academy. His best-known illustrations were for an annual Christmas book for children, Bland Tomtar och Troll (Among Elves and Trolls), which delighted readers with their gentle humor and delicate detail. Bauer died at the age of thirty-five, when he, his wife, and their three-year-old son were drowned when their ferry sank in Lake Vattern. 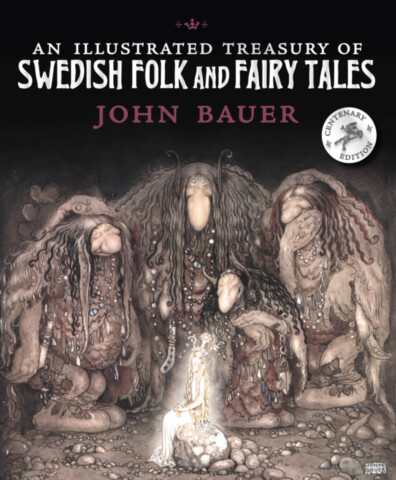 An Illustrated Treasury of Swedish Folk and Fairy Tales