John Ryan Haule is a Jungian analyst with a practice in Boston Massachusetts. A series of mystical experiences during his college years led him to enter a religious order after graduation, but he left after five years in response to persistent messages in his dreams. In 1973, he earned a Ph.D. in religious studies from Temple University and was Assistant Professor of Religion and Culture at Northeastern University, before leaving to train as a Jungian analyst in Zurich. He has been president of the New England society of Jungian Analysts and of the C.G. Jung Institute-Boston, as well as a member of the executive committee of the International Association of Analytical Phychology, based in Zurich. He is also the author of Divine Madness (Shambhala, 1990), The Love Cure (Spring, 1996) and Perils of the Soul (Weiser, 1999) 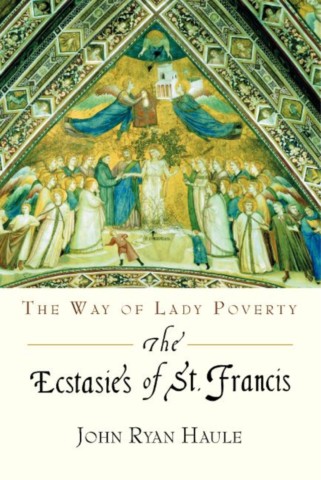 The Ecstasies of St. Francis

The Way of Lady Poverty