Joan Caldarera holds a BA in English from the University of Rochester, an MA in Drama from the University of Toronto, and a Ed.D. in Educational Leadership from U.C. Davis. Dr. Caldarera began at San Francisco Waldorf School teaching Kindergarten for four years then graduated her first class, which she took from the fifth grade, in June 1993, before leading a second class from first through fifth grades. Having previously chaired the high school planning committee, she joined the high school faculty in 1997, teaching and serving as High School Chair for five years. From there she moved to the Head of Administration position, which she held for four years. Her two eldest children graduated from SFWS in 1990 and 1994, while son Michael-Tobias was in the first SFWHS graduating class and son Andreas graduated in 2009. 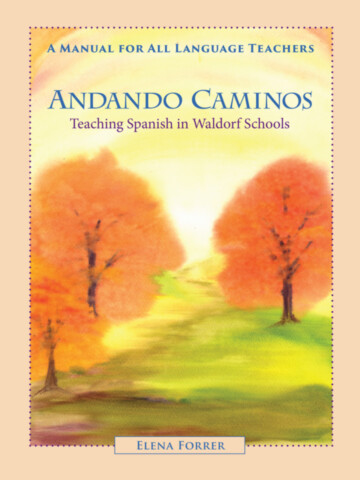 Teaching Spanish in Waldorf Schools: A Manual for All Language Teachers