Thomas Toughill has labored in a whisky distillery, been an intelligence office in Hong Kong, and a bodyguard for Henry Kissinger and Richard Nixon. A graduate of Glasgow University in history and German, and a former infantry officer in a Scottish Regiment, he now lives in the Mediterranean with his wife and family. His first book, Oscar Slater: The Mystery Solved, was published in 1993. It is an exposé of how a German Jew, often called the Scottish equivalent of Alfred Dreyfus, was framed by the British authorities for murder. The book forms part of the law course at Edinburgh University. 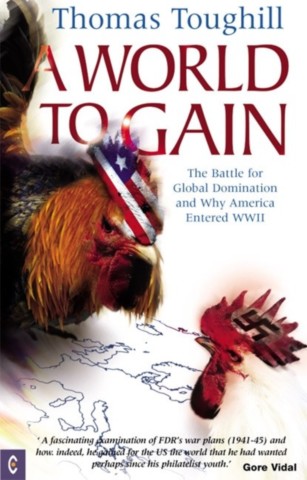 A World to Gain

The Battle for Global Domination and Why America Entered WWII