Edith Mary Lawrence (1890–1973) was a British artist known for her landscape and portrait paintings, her color linocuts, and her textile designs. She was born in Surrey, the youngest daughter of George Adams Lawrence, the owner of a grocery store in central London. She attended Queen's College, London and then studied at the Slade School of Art in London. At the Slade, Lawrence was a prize-winning student, gaining first-class certificates for painting and drawing. In 1917 she exhibited paintings at both the Royal Academy and with the New English Art Club. She also began teaching art at Runston Hill School. In 1922, Lawrence met the painter and linocut artist Claude Flight, and the two became lifelong companions. After living at his studio in St John's Wood for a while, the couple set up a studio in 1927 off Baker Street. Lawrence and Flight also wrote and illustrated three books for children. 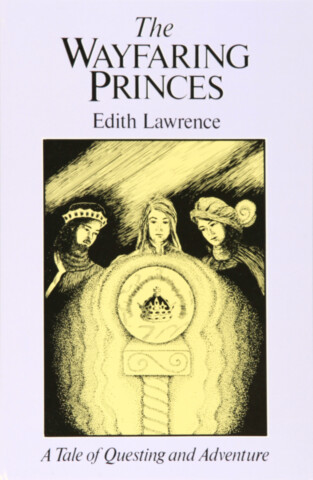 A Tale of Questing and Adventure