Diane Ingraham Barnes was born and raised in Yarmouth, Maine. She developed an early interest in music and began studying voice in high school. After graduating from the New England Conservatory of Music, she began her music teaching career in grades 1 through 8 in the Palmer, Massachusetts, public school system. She then traveled across the country, singing in various towns along the way before settling in California. Faced with bringing up her two sons, she discovered Waldorf education and decided to take the Waldorf teacher training at Rudolf Steiner College in Fair Oaks, California, where that she was introduced to Valborg Werbeck-Svärdström’s “Uncovering the Voice” approach to singing and the modern lyre, as well as a new understanding of music based on Rudolf Steiner’s Anthroposophy, all of which have remained central to her life as a singer and educator. She then became a class teacher and music teacher at the Susquehanna Waldorf School, where she took the lead class from first through sixth grade and taught music in every grade for twelve years. While working as a Waldorf teacher, Diane continued her study of the lyre and of the “Uncovering the Voice” approach to singing and obtained diplomas for Therapeutic Singing from Thomas Adam of the School for Uncovering the Voice, recognized by the Medical Section in Dornach, Switzerland. After teaching music briefly at the Hawthorne Valley School in Upstate New York, she joined the Housatonic Valley Waldorf School in Newtown, Connecticut, where she taught music for fifteen years and then did extra lesson work and therapeutic singing for two years. Diane teaches singing and playing the lyre in the mood of the 5th at the Alkion Center in Hawthorne Valley and recently opened the Uriel Center for Music in the Light of Anthroposophy, through which she offers voice, lyre, and music lessons and classes, therapies, music studies, and workshops for improvisation with the new metal instruments, lyre, and voice at her home in Hillsdale, New York. She also performs concerts when time permits. 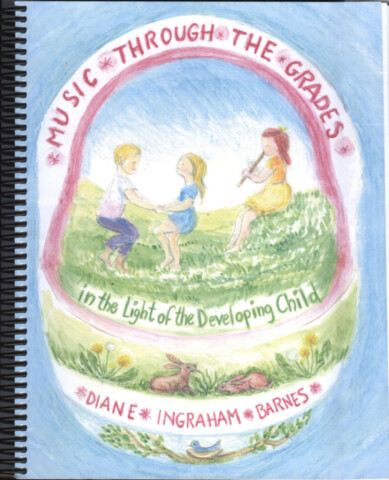 Music through the Grades Edition 2 Revised

In the Light of the Developing Child