Liz Attwell (1960–2019) taught English at Michael Hall School, Sussex, for fourteen years. She studied English literature at Exeter University followed by a PGCE training in secondary English and drama with Dorothy Heathcote at Newcastle University, where she was introduced to “Process” drama and the concept of handing “the mantle of the expert” back to students. She taught in a comprehensive school and, in 1986, took the Foundation Year at Emerson College, Sussex, followed by Dawn Langman’s Speech and Drama course and a stint of teaching at Edinburgh Steiner School. During the 1990s, Liz raised her three children and helped to save and restructure Tablehurst Biodynamic Farm in Forest Row. She completed a training in education at Emerson College and began her work at Michael Hall, where she helped to introduce Continuing Professional Development and Theory U change management, while researching the interface between mainstream technique and the epistemology that underpins Waldorf Education for an MA in Creativity in Education at King’s College, London. 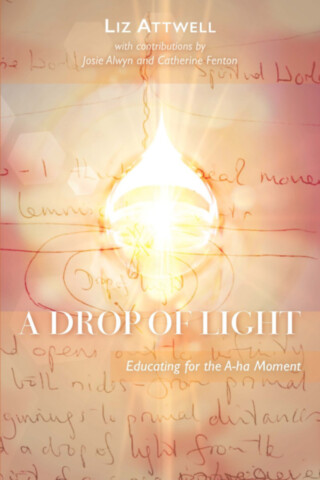 A Drop of Light

Educating for the A-ha Moment