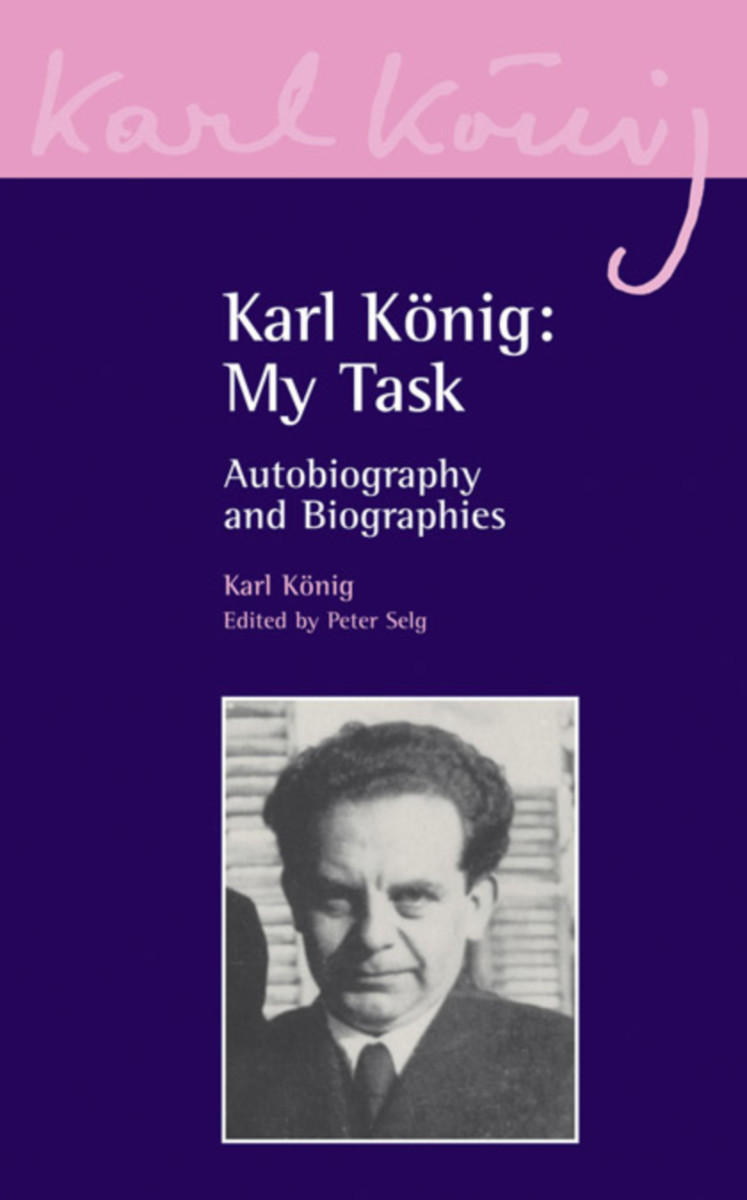 This book presents an inspiring introduction to Karl König's remarkable life and work. It combines König's autobiographical fragment and an essay by Peter Selg, along with two selected reminiscences written by König's colleagues Anke Weihs and Hans-Heinrich Engel.

Born into a Jewish family in 1902, Karl König grew up in Vienna during the final years of the Austro–Hungarian Empire. He studied medicine, and during that time encounted the work of Rudolf Steiner. Soon after graduating, he worked with Ita Wegman in Switzerland, where he also met his wife Tilla.

Dr. König was a pioneer in the early days of Pilgramshain, a home for children with special needs in Silesia, Germany. However, in 1936 political pressure forced him to leave Germany for Austria, where he began a successful medical practice and became the focus of a group of young people interested in Steiner's work.

Following the annexation of Austria by the Nazis, König and many of the young people around him emigrated to Great Britain as refugees. The ideal of working together as a community was put into practice with the establishment of Camphill in 1939. König was the driving force behind the expansion of the Camphill movement across the British Isles and into Europe, South Africa, and North America. Karl König crossed the threshold in 1966.