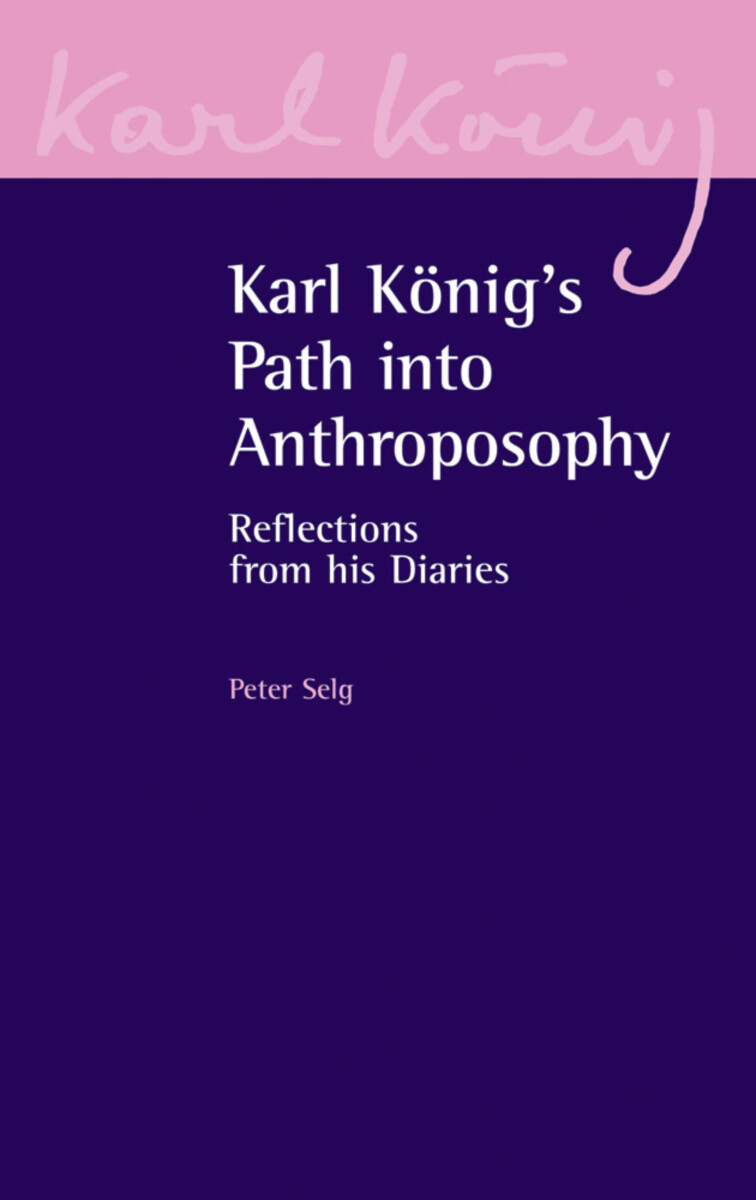 Reflections from his Diaries

“I told him about my affinity for people with special needs and my question as to whether working with them could be my vocation. He invited me to work in the Camphill movement and recommended that I study Kaspar Hauser’s life and Rudolf Steiner’s writings about the Fifth Gospel.” —Erhard Fucke

This book follows Karl König's spiritual journey from his early years to the end of his life. Through the words of his diaries, in which his battles with health and his impatient temperament are recorded with merciless honesty, we can follow his inner path that led to profound insights into the nature of children with special needs. His personal struggles and innate spirituality laid the foundation for his work in the Camphill Schools and Villages.

Includes facsimile reproductions of some of König's original diary pages.

About the Karl König Archive: Karl König, the founder of Camphill, was a prolific lecturer and writer on a wide range of subjects from anthroposophy and Christology through social questions and curative education to science and history.

The Karl König Archive are working on a program of publishing these works over the coming years.

“The book is a little gem, of potential interest to anyone with an anthroposophical background but especially to those working within a Camphill setting...there are so many quotable entries that it is hard to decide which to bring forward for illustration...This little volume is rich in substance and will give readers lasting nourishment. It will also leave them eagerly looking forward to the further publications from Konig's diaries and papers which are currently being prepared.”

1. The Struggle for Existence
2. The Inner Path
3. Spiritual Work
4. The Spirituality of Camphill
5. Knowing and Supporting the Children