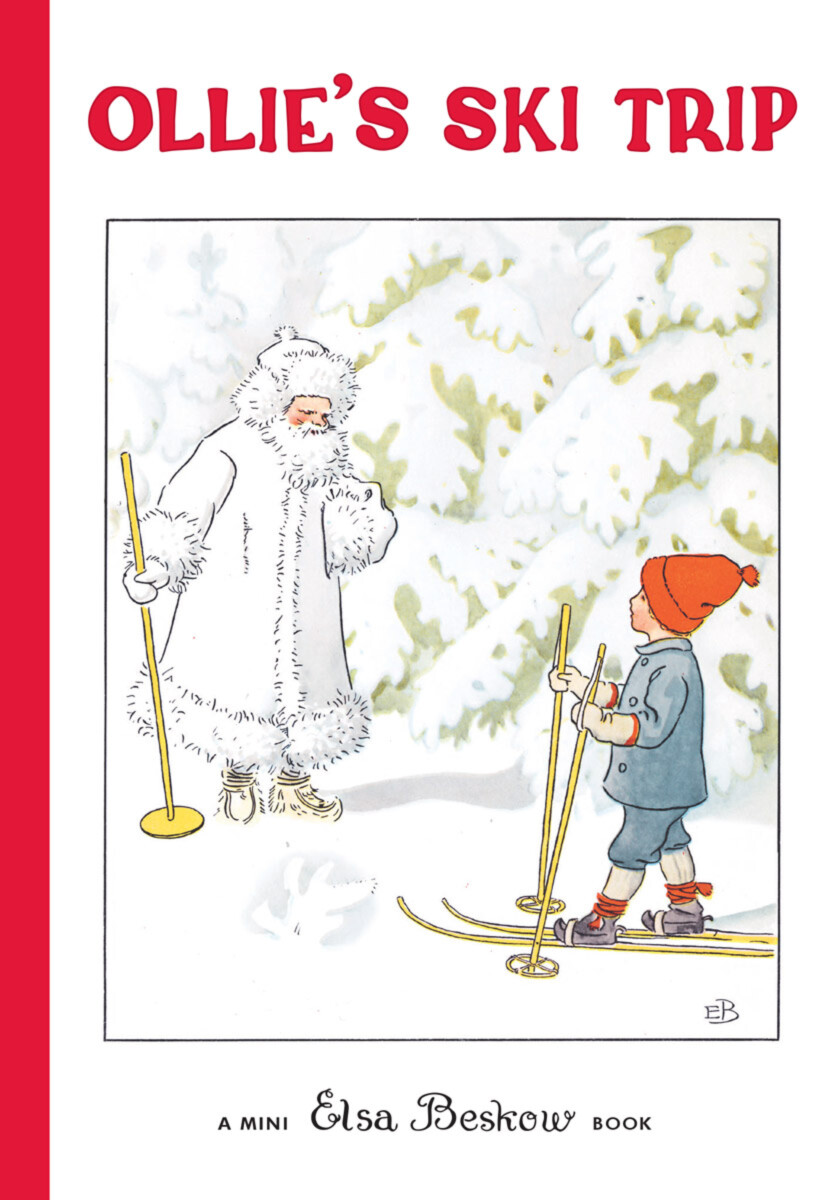 Ollie meets children helping to make Christmas presents—that is, until breaktime, when they rush outside for a big snowball fight.

Finally, Mrs. Thaw gets her way, and the lovely snow starts to disappear. Ollie is very upset and wishes it could be winter forever—until Spring arrives one lovely day when in her carriage, pulled by butterflies.

This is the mini edition of Ollie’s Ski Trip is also available in the full-sized format.