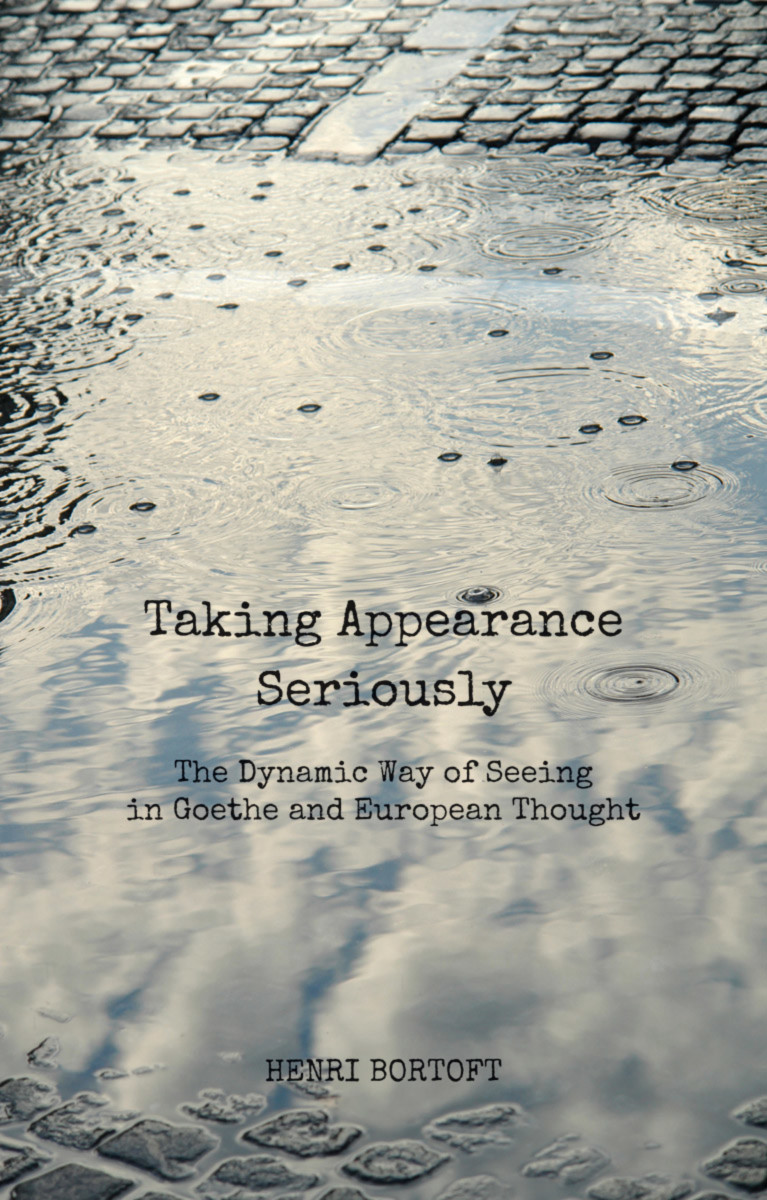 The history of Western metaphysics, from Plato onward, is dominated by the dualism of being and appearance. What something really is (its true being) is believed to be hidden behind the “mere appearances” through which it manifests. Twentieth-century European thinkers radically overturned this way of thinking. “Appearance” began to be taken seriously, with the observer participating in the dynamic event of perception.

In this important book, Henri Bortoft guides the reader through this dynamic way of seeing, exploring issues of how we distinguish things, how we find meaning, and the relationship between thought and words.

Expanding the scope of his previous book, The Wholeness of Nature, Bortoft shows how Goethean insights combine with this dynamic way of seeing in continental philosophy, to offer an actively experienced “life of meaning.”

Taking Appearance Seriously ;will be of interest to anyone who wants to understand the contribution and wider implications of modern European thought in the world today.

“Henri Bortoft is one of the world's foremost experts on Goethean science. Here he extends the argument of his earlier work The Wholeness of Nature to articulate a new history and philosophy of science with an emphasis on a dynamic way of understanding that highlights process rather than product, the coming into being rather than the end result. This represents a fundamental shift away from abstraction to lived sensory experience, and from the dominance of left-hemisphere thinking to a more integrated approach. This is a seminal text that deserves the widest audience.”

“Taking Appearance Seriously is a rare philosophical work of both outstanding quality and immense practicality, written to guide the reader into really experiencing what Henri Bortoft calls the dynamic way of seeing: a radically aware way of thinking and comprehending our complex world which is as applicable in the creative arts and business world as it is in science.”

“Bortoft's aim is to help readers see and understand the world and human experience in a more integrated, compelling way. Exploring and developing previous work on the fascinating relationship between parts and whole through the lenses of phenomenology, hermeneutics, and Goethean science, Bortoft demonstrates convincingly the need to shift attention from what is experienced to the experience of what is experienced. In a writing style that is both accessible and penetrating, he shows how to do this by drawing on examples from our experience of meaning, understanding and language. By teaching ourselves to become more sensitive to this dynamic way of seeing, we learn to ‘take appearance seriously.’”

“Through his carefully crafted prose Bortoft takes us on an incredible journey in which we learn to shift the focus of our attention away from our common-sense view of a fragmented world of subjects and objects, into our experiencing of what we experience. This is not just an exercise for the philosophically curious. If we are able to make this shift, we enter into what Bortoft calls the dynamic way of seeing.

“The genius of Taking Appearance Seriously lies in Bortoft’s ability to extend his previous work on the science of Goethe, guiding us into a deeper level of perception, i.e. this dynamic way of seeing. The importance of this, and also the reason why this dynamic way of thinking may be so hard for us to comprehend in the first instance is that we are trapped in the left-brain way of conceiving the world. By following Bortoft’s work slowly, we are led into a way of thinking that brings harmony and balance between the two sides of the brain.”