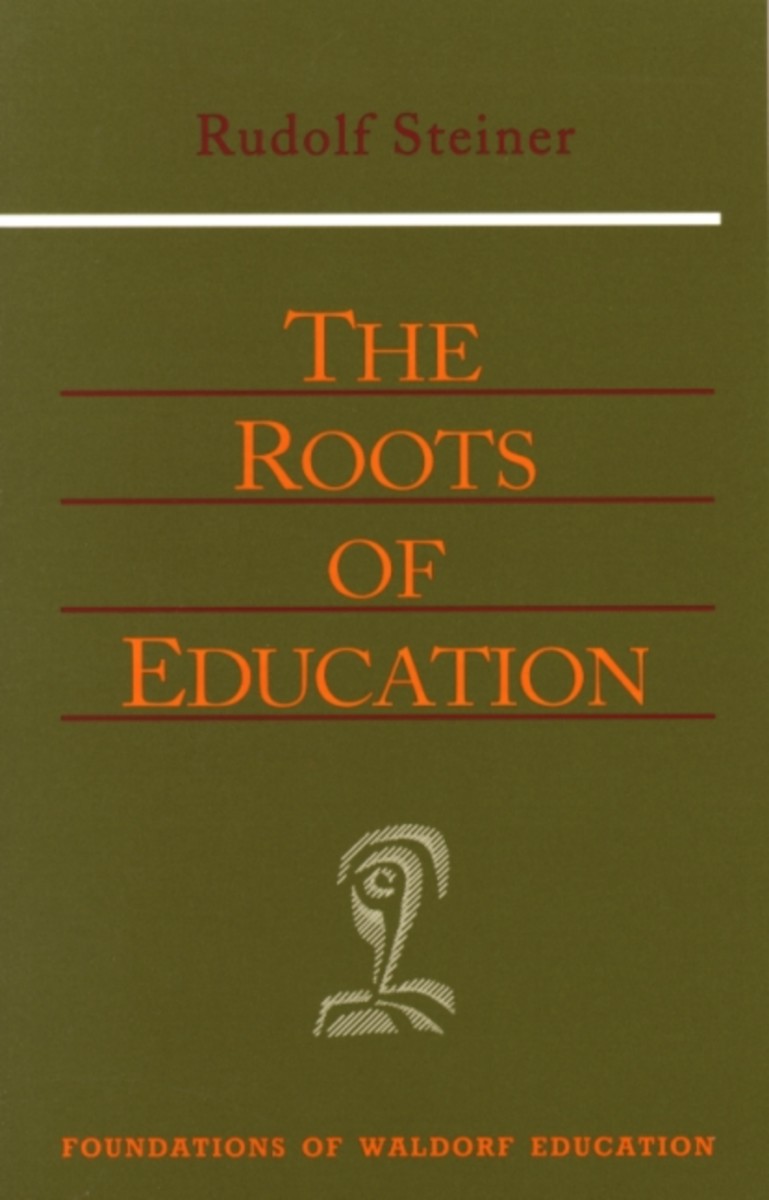 The Roots of Education

These lectures on Waldorf education were given as a course during Easter week, 1924, in Bern. Although these talks were given more than eighty years ago, they remain remarkably contemporary. Every word still resonates with passion and dedication to the human adventure.

"We must develop an art of education that can lead us out of the social chaos into which we have fallen during the last few years and decades.... There is no escaping this chaos unless we can find a way to bring spirituality into human souls through education, so that human beings may find a way to progress and to further the evolution of civilization out of the spirit itself" (Rudolf Steiner).

At the time of these lectures, Steiner had only eleven months left to live in this world. The first Waldorf school had been established five years earlier, and the intervening period witnessed Steiner's tireless activity in every area of that school's life. Now it was, in a sense, time to bring the ripe fruit of this work to the public.

Together with its companion course The Essentials of Education, presented three days earlier, this book provides a stimulating synthesis of the Waldorf approach to education. Teachers, parents, and anyone interested in education will discover the fundamental characteristics of a new art of education.

Lecture 1: A new education requires a new knowledge of the whole human being in body, soul, and spirit. The change of teeth signals the end of the first stage of childhood. Soul and spirit descend into a body provided by inheritance, which is used as the model for the "second" human being. During the first stage the child is a sense organ that perceives moral influences. The influence of the teacher's temperament.

Lecture 2: The goal of Waldorf education is to reveal new methods of teaching. The power of spiritual perception for understanding children and adults. Sleeping and waking. The seasons reflected in the human being. Thinking as an etheric "grasping." Materialistic ideas and insomnia. Psychic influences and physical effects.

Lecture 3. Memory before and after the change of teeth. The physical and etheric bodies. The etheric body and sculpting. The astral body and music. The I-being and speech. The musical scale and the human body. The teacher as therapist. Doctors and the school. Teaching letters.

Lecture 4. The sense organization and moral development at the change of teeth. Mathematics begins with the whole. The child's natural religious impulse. The need for images after seven. The need to feel a connection with destiny after fourteen. The child's relationship with the world.

Lecture 5. The three divisions of the middle stage of childhood. Nature and history. Children after puberty go into life. The experience of immortality. Punishment. Reading the child. The need for a living experience of one another today. Moon and Sun forces in the plant world. Spiritual science reveals the unity of the human being with the world.