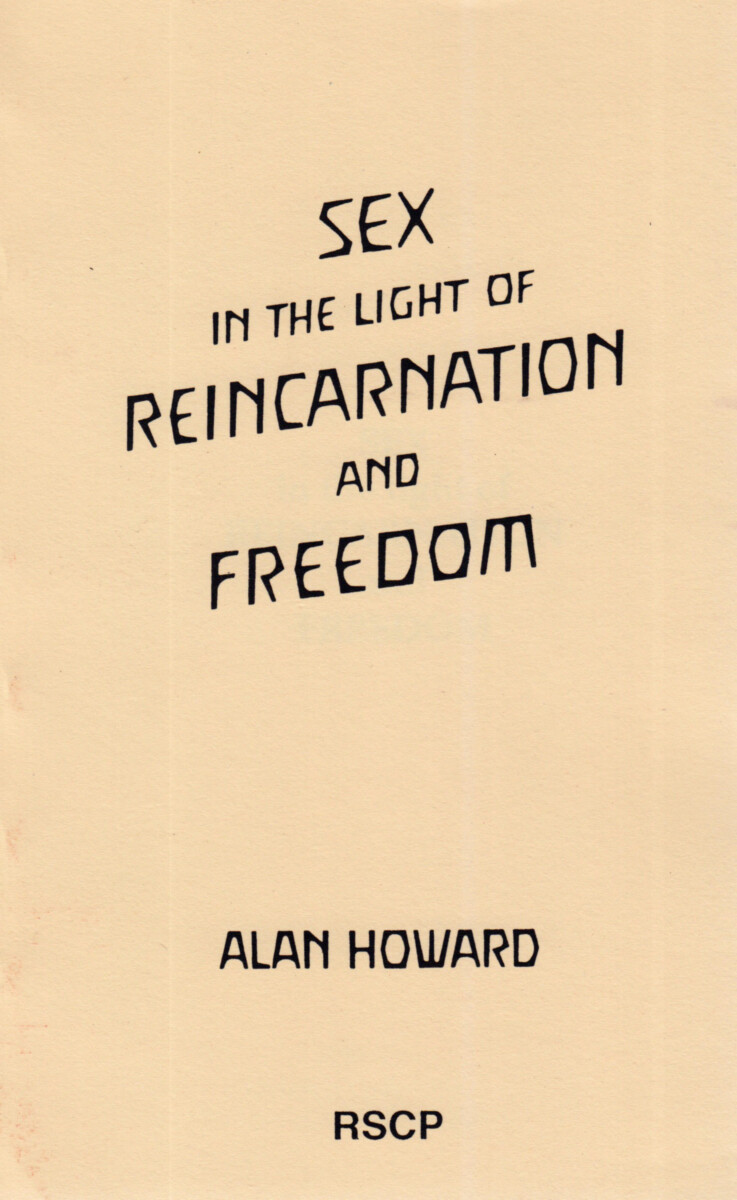 Sex in the Light of Reincarnation and Freedom

"I have tried in what follows to elaborate certain views which I have arrived at in trying to answer the question referred to above. They are, however, my own views; mine in the light of what thinking, knowledge and experience I am capable of at the time of writing. They are, therefore, by no means authoritative, nor, even for me, final. Above all, they are not 'anthroposophical.' That is to say, I know of no definitive statement on sex in Steiner's work to substantiate them directly, nor would I imply that there is. I have simply taken his conception of Reincarnation and Freedom , insofar as I understand it, and tried to look at this matter of sex in the light of it." (Alan Howard)