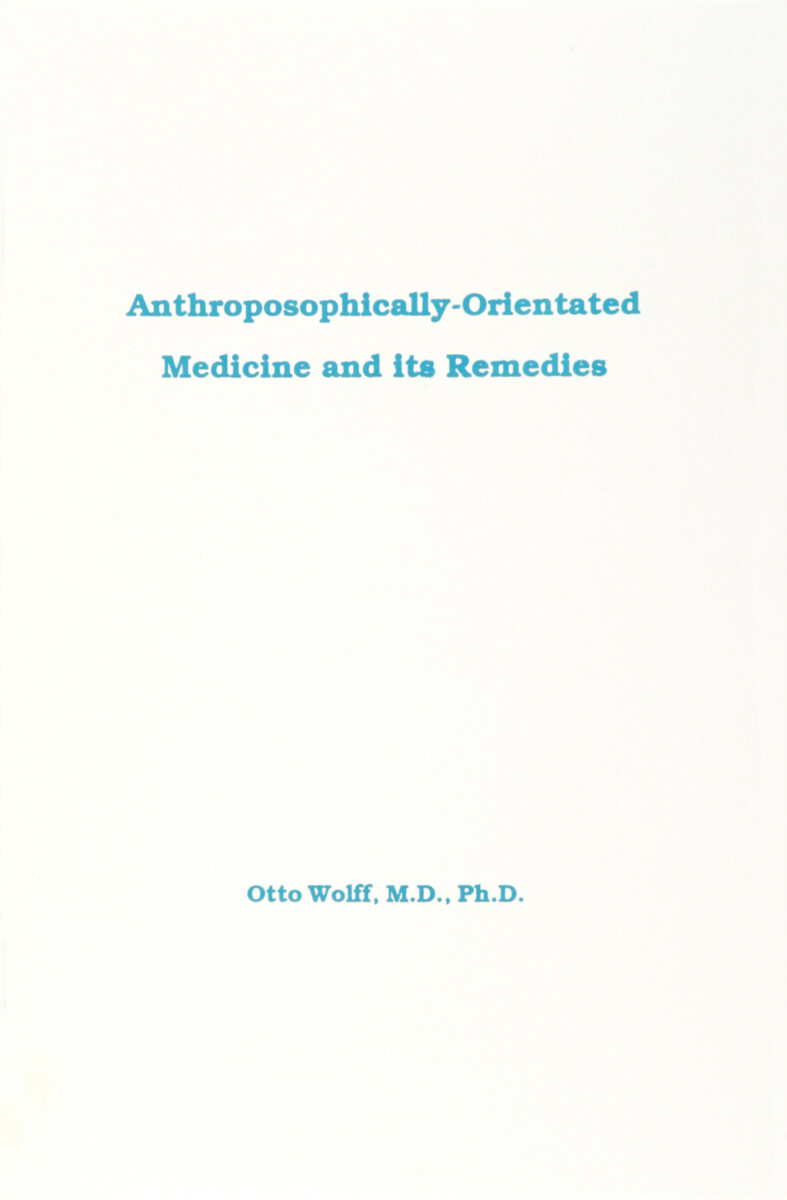 This booklet offers a clear introduction to anthroposophic medicine in response to commonly asked questions on the subject. It includes a basic discussion of illness and healing, an historical view of remedies, and a description of the new anthroposophic methods of preparing remedies.