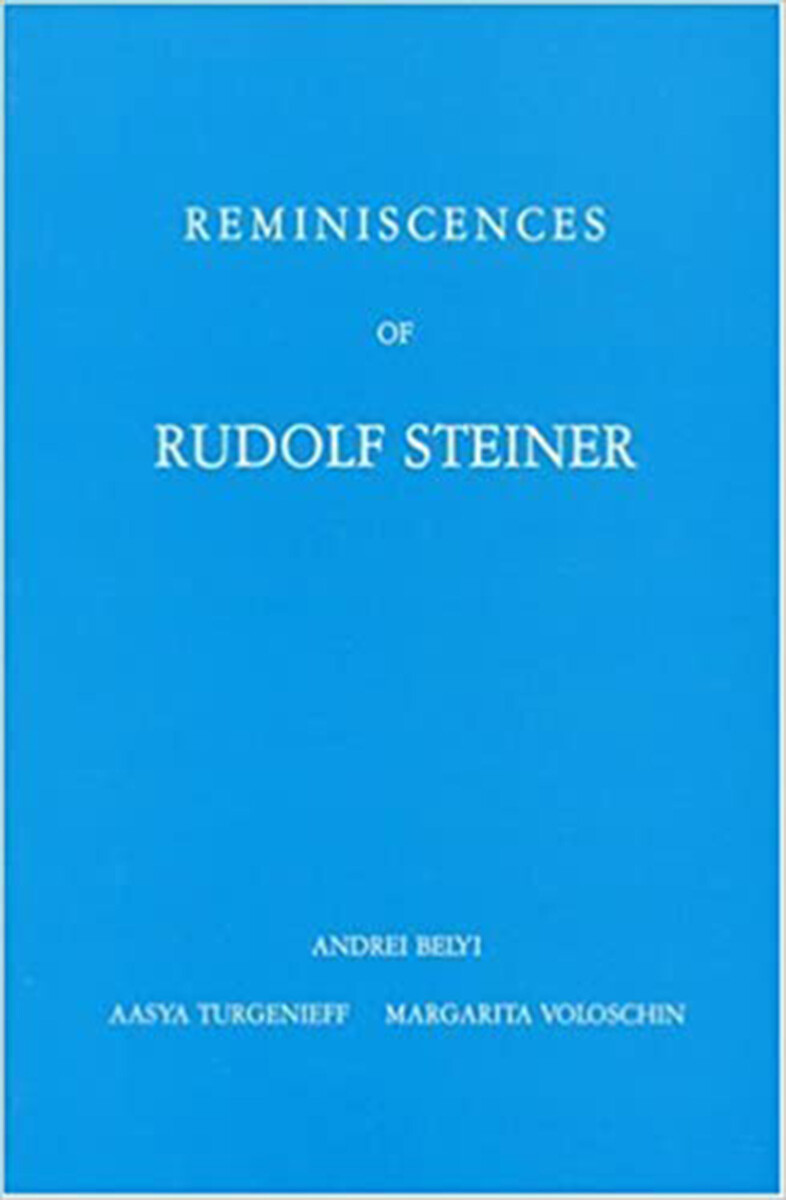 Both because it is the gift of the Russian people to be able to describe another's soul-configuration in a particularly pictorial and concrete way, and because each of these writers knew Rudolf Steiner and saw him frequently, their impressions are especially living and vivid.

In these eminently readable reminiscences, Andrei Belyi, the foremost symbolist poet of Russia in the twentieth century, Assya Turgenieff, a niece of novelist Ivan Turgenieff, and Margarita Voloschin, wife of a Russian poet and a well-known painter in her own right, recount their personal observations and experiences with Rudolf Steiner.

Beautifully illustrated by photographs as well as drawings and paintings by Turgenieff and Voloschin, this collection offers striking and surprising impressions of Rudolf Steiner.

Andrei Bely (1880–1934), was born Boris Nikolaevich Bugaev in Moscow. A leading symbolist, he had a close but stormy relationship with Aleksandr Blok. His poetry includes the four-volume Symphonies(1901–08); his prose include The Silver Dove (1910), Petersburg (1912), and Kotik Letayev (1922), an autobiographical novel in the manner of James Joyce. He experimented, often mixing realism and symbolism in complex forms. In his later years, Bely was influenced by Rudolph Steiner’s anthroposophy. He accepted the Soviet regime, but his works were not well received by Soviet critics. By the mid-1970s, Western critics had discovered Bely, and several, including Vladimir Nabokov, proclaimed him the most important Russian writer of the twentieth century. He died in Moscow.