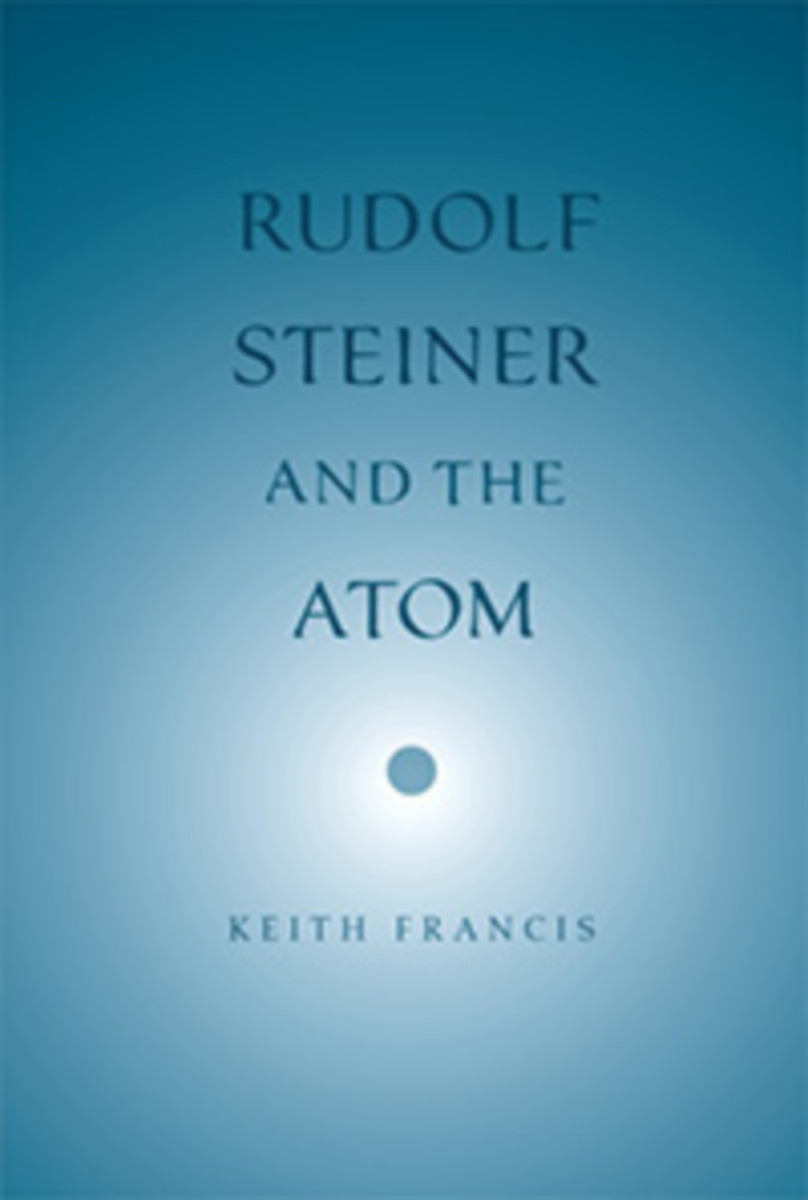 Rudolf Steiner and the Atom

"This book is intended for people who have some knowledge of Rudolf Steiner's work, but I have tried to make it accessible to those who are new to Anthroposophy. And if you have no specialist knowledge of physics or mathematics, don’t be scared when you see an equation—there are only a few and you can just read around them!" —Keith Francis

In Rudolf Steiner and the Atom, Keith Francis explores the concept of the atom from ancient Greek times to contemporary quantum physics and relates this compelling but elusive concept to relevant statements by Steiner. His discernment and intimate knowledge of his subject, honed and enlivened through his years as a Waldorf physics teacher, transform what could be mental drudgery into a fascinating reevaluation of the enigmatic atom.

The title evokes the question of whether Rudolf Steiner’s spiritual-scientific research can shed any meaningful light on what might be deemed the most materialistic of human pursuits. These antipodes of human striving are, in fact, intimately connected by the rigorous thinking, sheer intelligence and spiritual integrity that characterize them both. What is especially valuable about Keith’s work is that he is careful not to attempt an easy synthesis of points of view that are commonly regarded as worlds apart. If he goes out on a limb, he is nonetheless fully conscious of doing so. He leaves us with many questions—and with a more profound appreciation of this challenging theme and its critical importance for us today.

V. The Rutherford-Bohr Atom
(i) Bohr Gets Involved
(ii) The Hydrogen Atom
(iii) Beyond Hydrogen

VI. Late Words from Rudolf Steiner
(i) A Science of Dead Matter
(ii) The Demonic Atom
(iii) Don’t be an Ostrich
(iv) The Struggle for Human Consciousness
(v) So what about the Electron?

Keith Francis was born in Bury St. Edmunds, England, and educated at Cambridge University, where he specialized in atomic physics and was a cantor in his college chapel. He worked as an engineer at Bristol Aircraft before joining the faculty of the Crypt School, Gloucester, where he taught physics for six years. He moved to the US in 1964 and was on the faculty of the Rudolf Steiner School in Manhattan for thirty-one years, beginning as a science and mathematics teacher, but soon taking on the responsibilities as choral director and music history teacher. Since retiring, he has written several novels, a memoir, The Education of a Waldorf Teacher, and a history of atomic science. He also founded and, for the past eight years, led the Fifteenth Street Singers. His recent essays and lectures can be found at southerncrossreview.org.